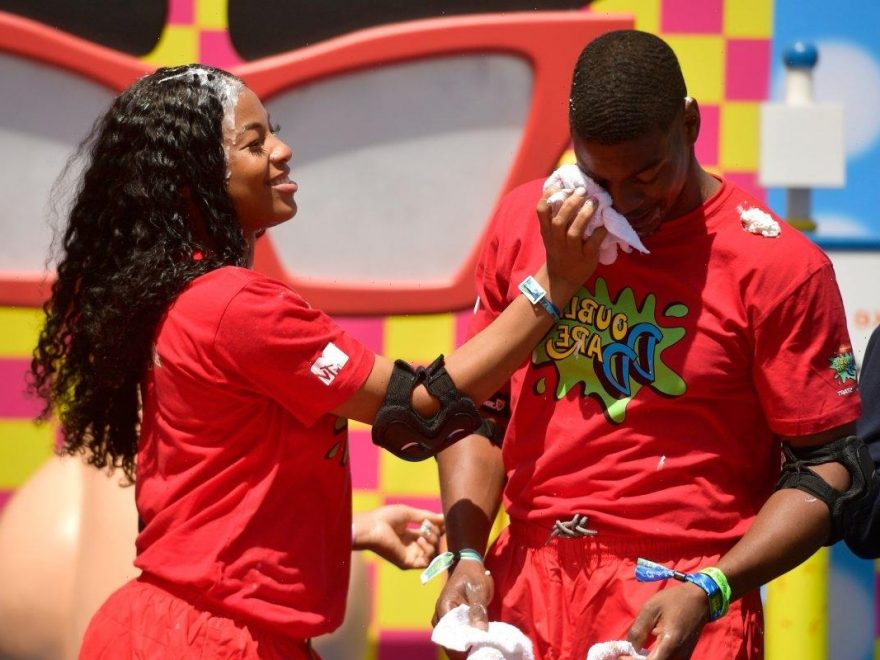 Travis Scott’s concert, Astroworld Festival, was supposed to be a fun, exciting experience for fans. Unfortunately, the overcrowded Houston venue led to a number of fatalities and injuries. And MTV’s The Challenge cast members Kam Williams and Leroy Garrett attended the event. Here’s what Kam posted to her social media after the concert.

Travis Scott’s concert, Astroworld Festival, led to a number of deaths and injuries

The Astroworld Festival concert by Travis Scott began at 9 p.m. on Nov. 5, 2021, in NRG Park — and the overcrowding began early on in his set. CNN reports officials were made aware of crowd surges by 9:30 p.m., and that’s when reports of injuries started coming in. Scott continued to perform until about 10:10 p.m.

As for what occurred during that time period, concertgoers reported being so tightly packed into the stadium that they couldn’t breathe. Others noted concertgoers were trampling others beneath them, resulting in a number of deaths and a wealth of injuries.

“I’m honestly just devastated,” Scott said in response to the tragedy. “We’re actually working right now to identify the families so we can help assist them through this tough time.”

The Houston Police Department is investigating the event, and a concertgoer who sustained injuries from the event set a lawsuit into motion.

It seems a few of MTV’s The Challenge cast members were at the tragic event. Kam Williams and Leroy Garrett attended Astroworld Festival together, and Kam posted about it to her Instagram Stories afterward.

A Reddit user posted a screenshot from the challengeteaa Instagram, as they captured the footage posted by Kam and Leroy to social media. The first video shows Leroy and Kam on their way to Astroworld. “Headed to Astroworld,” Leroy says as he’s holding the camera and walking with Kam. Another video shows Leroy and Kam dancing amongst a crowd. It seems someone may have captured this video footage prior to Travis Scott’s set.

Then, after the concert, Kam updated her fans via social media to alert them she and Leroy got home safely. “Thank you all for checking up on us after last night’s Astroworld concert,” she wrote. “There were at least eight deaths and we made it out safe with everyone we went with. Keeping those that didn’t make it and those who are injured in our prayers.”

Is Leroy really done with ‘The Challenge’? What about Kam?

Leroy Garrett and Kam Williams are beloved MTV’s The Challenge cast members. But they didn’t compete on The Challenge Season 37, Spies, Lies, and Allies. While we fully expect Kam to return to the game at some point, Leroy made it known he was finished with the show completely. But it seems he may come back to reality TV in some capacity.

On Oct. 1, 2021, Leroy tweeted a photo of the Celebrity Big Brother logo along with the text, “@CBSBigBrother Hi #Season3PickMe.” It’s unclear if he’ll actually return to play Big Brother, but fans would certainly love to see him on the small screen once again.

For now, fans can continue to watch MTV’s The Challenge Season 37 on Wednesdays at 8 p.m. EST on MTV.