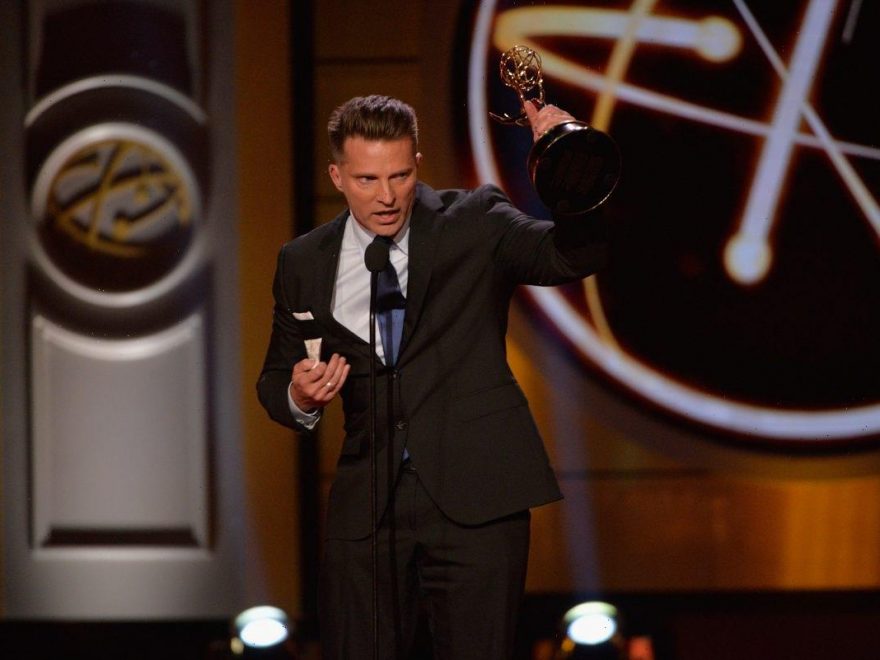 Steve Burton is one of daytime’s talented leading men. The actor is best known as Jason Morgan on General Hospital, a role he’s been playing on and off since 1991. Burton’s days in Port Charles are reportedly winding down. As rumors swirl about the actor’s possible exit, speculation is he’ll return to The Young and the Restless.

‘The Young and the Restless’ Steve Burton returning as Dylan McAvoy

There’s always a lot of shakeups going on behind-the-scenes at soap operas. Recently, a lot of changes have occurred at General Hospital. First, there was the firing of Ingo Rademacher, and now Burton may be out too. According to TV Shows Ace, Burton is the next big name to exit, reportedly due to the show’s vaccination mandate.

Although nothing’s official, all signs seem to be pointing to Burton’s departure. With the actor no longer on the ABC soap opera, he may return to his old stomping grounds at The Young and the Restless. Speculation is Burton will reprise his award-winning role as Dylan McAvoy.

Burton made his The Young and the Restless debut as Dylan in January 2013. The character is an Army vet and ex-boyfriend of Avery Bailey Clark (Jessica Collins). Dylan is presumed dead, but Avery is surprised when he is alive and well in Genoa City. Avery’s engagement to Nick Newman (Joshua Morrow) diminishes any hope of a romantic reunion between the pair.

Dylan adjusts to his new life in Genoa City and begins a relationship with Chelsea Lawson (Melissa Claire Egan). The couple marries when Chelsea cons Dylan into believing he’s the father of her son Connor Newman (Judah Mackey). When the truth about Connor’s paternity comes out, the couple divorces.

Dylan is in for another shock when he learns he was adopted, and his birth parents are Nikki Newman (Melody Thomas Scott) and Paul Williams (Doug Davidson). He forms a close relationship with Nikki and Paul, but some members of the Newman family are less receptive toward him.

Avery and Dylan rekindle their romance, yet it’s plagued by drama. The arrival of her ex-husband Joe Clark (Scott Elrod) and Dylan’s friendship with Sharon Newman (Sharon Case) lead to their breakup. Dylan began dating Sharon, who became pregnant with his child. She later miscarries but keeps the truth from Dylan.

During a stay in Fairview, Sharon believes she’s pregnant and gives birth to a son named Sully. However, Sully is the son of Nick, and Sage Warner (Kelly Sullivan), kidnapped by Sandra Allen (Elizabeth Bogush). When the truth about Sully is revealed, the couple gives the baby back to Nick. Dylan stays with Sharon, but the couple divorced after Dylan was forced to go into witness protection.

The Young and the Restless fans would love to have Burton back on the show. A lot has changed since his last appearance in 2017. Sharon has moved on with her life and is married to Rey Rosales (Jordi Vilasuso). Yet, seeing Dylan may reignite her feelings.

Aside from stealing Rey’s woman, Dylan may also steal his job. Before his departure, Dylan was working with Paul at the police station. Dylan was on an undercover mission, but when his assignment was compromised, he went into hiding. But with it safe to return, Dylan could come back and replace Rey as the Genoa City police department head.

Also, Dylan will have plenty of family drama to contend with, especially with his old rival Adam Newman (Mark Grossman). Plus, Dylan will be in for a shock when he discovers his friend Dr. Ben “Stitch” Rayburn (Sean Carrigan) was involved in Mariah Copeland’s (Camryn Grimes) kidnapping. With Stitch still on the lam, Dylan might be the one to find his friend and help him through his ordeal.