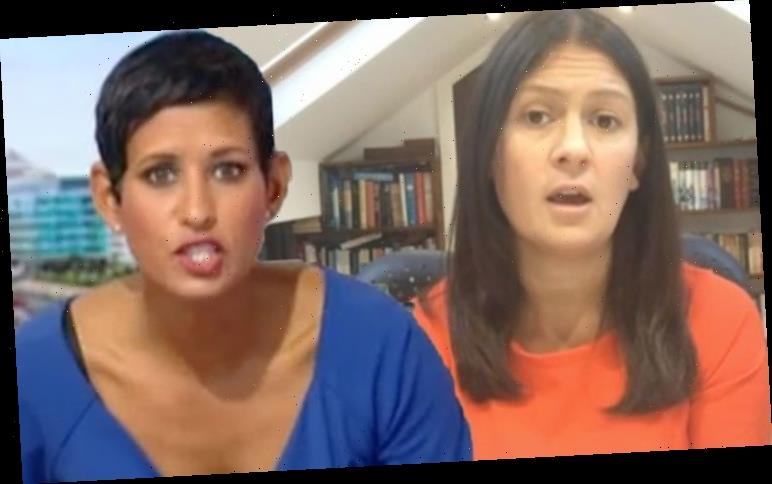 Nata Munchetty quizzed Lisa Nandy on the Labour Party’s position on the Government’s latest COVID-19 restrictions. Boris Johnson announced there would be a ban on social gatherings of more than six people earlier this week but when Nandy addressed the new rules, Munchetty had to apologise as she interrupted her response.

BREXIT BULLETIN: Sign up for our special edition newsletter with exclusive insight from this week’s crunch talks

“You agree the government is doing the right thing?” the BBC Breakfast host asked.

Nandy replied: “I think they are absolutely right to bring in more restrictions.

“What’s called real confusion is yet again the way in which the restrictions are brought in.

“There are issues about the fact that we’ve got a weekend coming up before the restrictions come into force.” 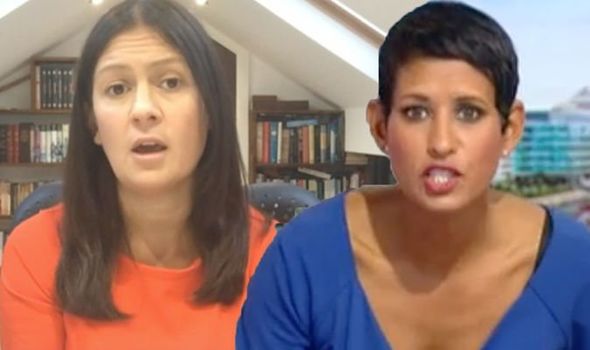 “Obviously the police have already had real challenges trying to enforce lockdowns and restrictions that have taken place,” Nandy continued.

“And there is confusion about exactly what people can and can’t do with these measures.”

Cutting Nandy off, Munchetty began: “I suppose the argument is….”

“I think the government needs to get out and explain this to people,” Nandy finished.

Munchetty said: “Apologies for interrupting but I suppose the argument is it gives businesses [time].

“They’ll be restaurant bookings this weekend, certain gatherings booked this weekend up to groups of 30.

“So it gives them time for those to happen and those that were planned a couple of weeks to be postponed or cancelled for the time being.”