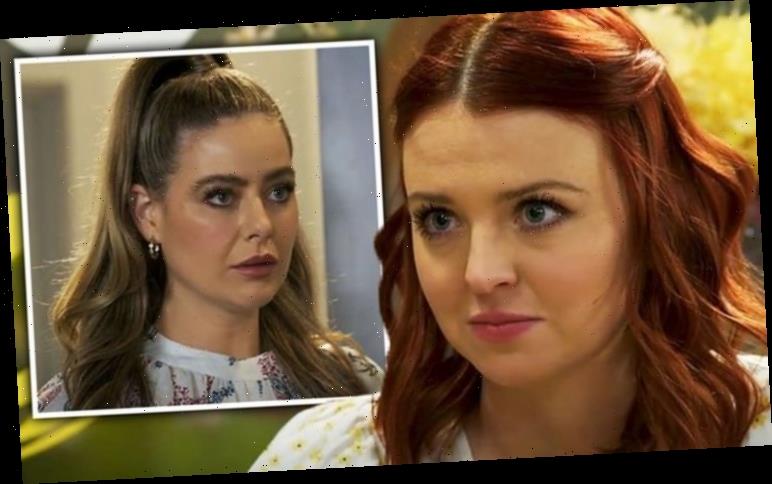 Neighbours: Pierce and Dipi are confronted over their affair

Nicolette (played by Charlotte Chimes) arrived on Neighbours last year as Jane Harris’ (Annie Jones) daughter who quickly developed a crush on Chloe Brennan (April Rose Pengilly). Since then, she has played a part in the breakdown of her love interest’s marriage, been a carer for her mother Fay Brennan (Zoe Bertram) who is living with Huntington’s Disease and has become a surrogate to carry Aaron Brennan’s (Matt Wilson) baby. However, when Fay makes a return to the Channel 5 soap and becomes particularly interested in Nicolette, it seems the troublemaker’s plan could be falling into place.

With the health of the Brennan matriarch deteriorating rapidly, the mother-of-four demands her children sit back and let a professional look after her.

Enter Nicolette, who Fay formed a strong bond with when she made a previous visit to Ramsay Street last year.

However, a lot has happened since then and recently, the nurse and Chloe haven’t been on the best of terms as the latter discovered her friend had manipulated a situation so she would uncover her husband’s affair in the cruellest way.

Seeing how ill her mother is, Chloe will have no choice but to allow Nicolette to play a part in looking after the ailing patient.

What the Brennan daughter won’t realise is the matriarch has set up a meeting with Toadie Rebecchi (Ryan Maloney) to make some amendments to her will, but will the troublemaker now be included? 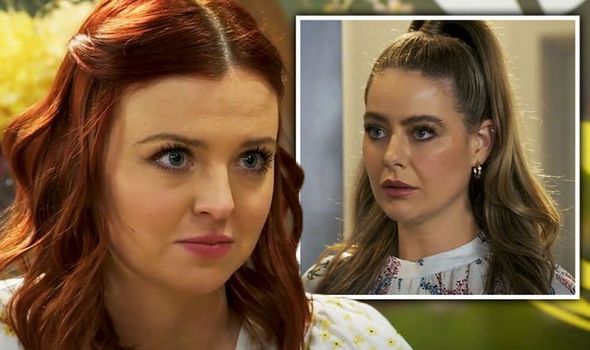 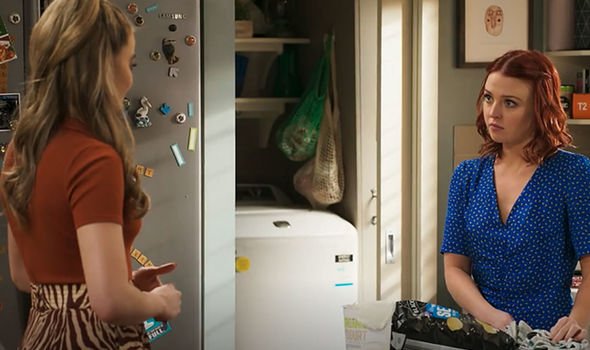 Viewers in the UK are yet to discover what Fay has planned but if she is willing to offer Nicolette a place in her will, the expectant mother might have everything she wanted.

Speaking exclusively with Express.co.uk, the actress who plays Fay, Zoe, has addressed why her character wants the troublemaker to be so involved with the family.

The soap star said: “She wants Nicolette because Nicolette has been a nurse and she wants her to look after the logistics because she needs quite a lot of caring at this stage.

“She’s wheelchair-bound, she doesn’t eat, she has to be fed through a peg and she doesn’t want her children caring for her and she wants to spend quality time with them.

“Poor Chloe, Chloe just wants to be there and to help so there’s a little bit of tension that comes up.” 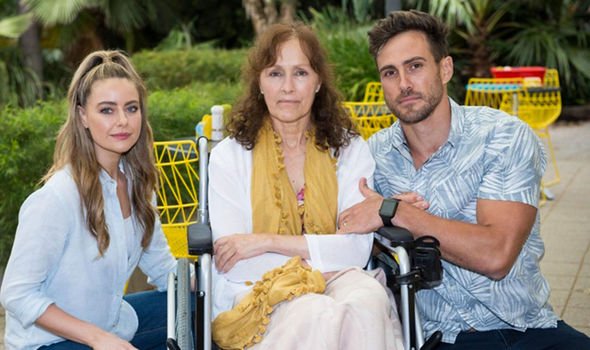 Of why Fay trusts Nicolette, Zoe added: “From the start, when they met each other, there was just a connection there, they had a laugh together, there’s a warmth.

“It’s just an instant connection Fay has with Nicolette. She does trust her and she’s very capable, Nicolette.

“I mean, she’s made some mistakes but as Fay says, ‘I can’t judge because I’ve made mistakes as well’.

“Fay really likes her and trusts her so I guess she could see Nicolette will be there and have a nice relationship with Chloe,” the actress continued.

With Fay’s health playing a very big factor in her latest return stint, it could be the matriarch is going to die in heartbreaking scenes. 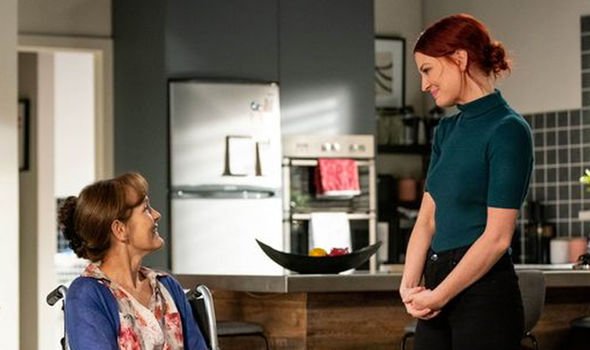 However, with her passing could come a whole new chapter for the Brennan’s if they discover Nicolette has been written into the will.

Pregnant with Aaron’s child and now taking a stake of the family inheritance, the troublemaker could become very powerful.

Realising Chloe still hates her and carrying a Brennan baby, she could demand that the clan bow to her every whim or she will leave Ramsay Street with everything they hold dear; a child and memories of their mother.

This would therefore destroy the infamous family as Aaron would want to keep Nicolette on side whereas Chloe could take a more rebellious approach.

Defying Nicolette’s demands could cost the clan greatly and if she were to leave, Aaron would never speak to Chloe again.

Could the expectant mother have been planning this all along, to get the family inheritance and a baby that would always have a tie to the family?

Another possible twist could see the Brennan siblings launch a legal case against Nicolette to decide whether she could have been included in the will.

Although they know Toadie would have done things legally, will they try to expose the troublemaker as someone who preyed on their mother to get money?