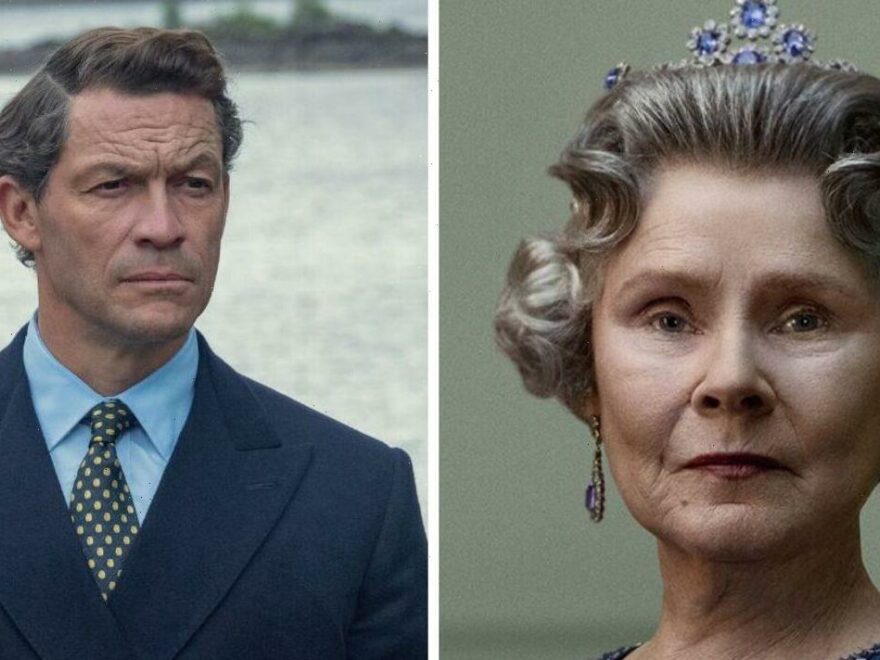 The Crown ‘should have a disclaimer’ says Richard Arnold

The fifth series of The Crown is set to hit screens next month, but many viewers are boycotting the streaming platform before its highly anticipated release date. It comes after fans have slammed the depiction of royal and political figures and have called for a disclaimer before episodes. However, with Netflix having no plans to add a statement highlighting the show is fiction not fact, people have started cancelling their subscriptions.

Since The Crown first aired in 2016, viewers have watched as the TV show portrays a dramatised series of true events in the life of Queen Elizabeth II and the monarchy.

Starting from her reign in 1947, the fictional show then follows momentous occasions within the royal timeline, with the last series focusing on King Charles and Princess Diana’s relationship.

With the fifth series, which is set to air next month, planned to be centred around their marriage breakdown, fans are saying the release date is poorly timed following the death of Queen Elizabeth and Charles ascending the throne.

Although the show is a fictional piece of television, viewers fear some will take it as historical truth which has prompted calls for a disclaimer before the episodes.

However, as Netflix are yet to add a disclaimer with no plans to anytime in the future, people are starting to cancel their subscriptions.

Angie Thorne said on Twitter: “@netflix Your latest series of The Crown has simply gone too far with its despicable depiction of King Charles. I have cancelled my subscription as a result.”

“I’ve only ever dipped into The Crown. I don’t think it’s either factual or good fiction but this next series appals me. I’ve just cancelled my Netflix subscription,” commented Lorrie Garden.

Holly J swiped: “I no longer watch Netflix. Cancelled subscription. The Crown and the forthcoming Sussex docuseries are just two steps too far. I don’t consider these damaging programmes as entertainment.”

“I’ve cancelled Netflix now. So many people who believe every word of The Crown, as if it were a documentary, and yet Netflix refuse to make a disclaimer, no doubt to promote interest in the other two’s upcoming yawn fest,” added Paula Del Frith.

Andrew McConnell said: “Hey @netflix just cancelled my subscription over how you plan to broadcast the Crown. Just moved to @paramountplus instead!”

It’s not just viewers of the show that are calling out the streaming platform either as actress Judi Dench has said the false portrayal of the royals is damaging to the monarchy.

In an open letter, published by The Times, the iconic star called the upcoming fifth series “cruelly unjust”.

Specifically, she mentions one scene in the show that features Prince Charles plotting to force his mother’s abdication with former Prime Minister John Major, who has also hit out at The Crown.

Judi’s letter reads: “Sir John Major is not alone in his concerns that the latest series of The Crown will present an inaccurate and hurtful account of history.

“Indeed, the closer the drama comes to our present times, the more freely it seems willing to blur the lines between historical accuracy and crude sensationalism.

“While many will recognize The Crown for the brilliant but fictionalized account of events that it is, I fear that a significant number of viewers, particularly overseas, may take its version of history as being wholly true.”

The actress continued that the example of Charles trying to get his mother to abdicate is damaging to the institution.

Next month, the fifth series will put a spotlight on the new monarch’s marriage breakdown with Princess Diana and his affair with Camilla Parker-Bowles.

In a short 37-second clip of the series, multiple news anchors could be heard reading headlines from the time with one standout referring to Camilla as the King’s long-time female friend

The Crown season 5 premieres on Netflix on November 9.