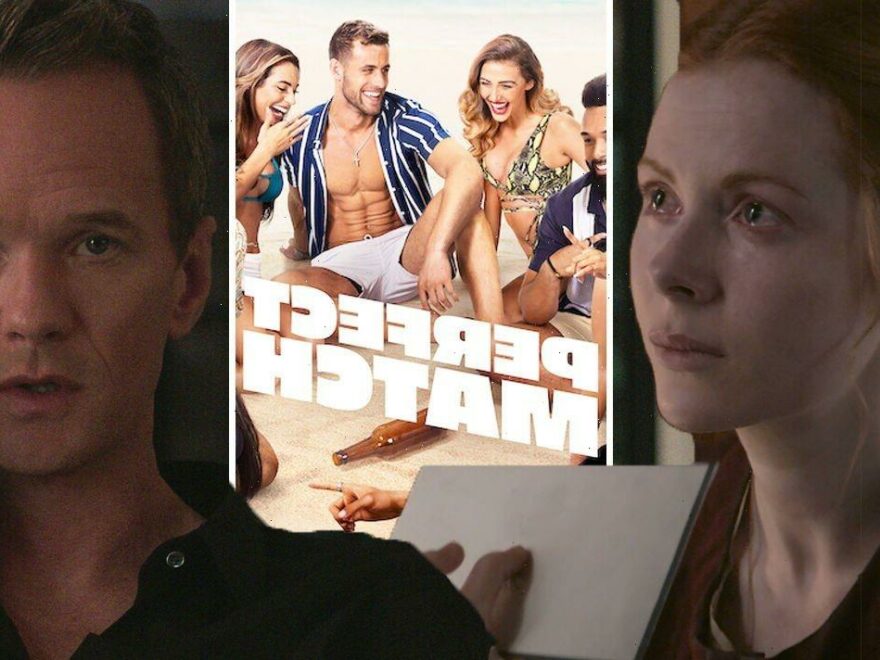 Love Is Blind host Nick Lachey is returning to Netflix to front the brand-new dating show. Branded the “ultimate game of love” by the streaming service, familiar faces from some of the streamer’s biggest reality shows will hope to finally find love. However, the announcement has been met with rather mixed opinions as it comes fresh off the back of a number of hit series’ cancellations.

In the past few weeks, Netflix has cancelled the likes of the dystopian thriller 1899, the sitcom Uncoupled, the action-packed Warrior Nun and many more.

So when Netflix dropped the first teaser trailer for Perfect Match, it prompted a number of disgruntled fans to voice their disdain at bringing back reality stars rather than focusing on fictional series.

Meanwhile, @DannyWxo sarcastically fumed: ”1899 was just too sexy for an American company I guess.”

Netflix subscriber @drewexmachina weighed up the decision: “I’m happy these reality dating shows exist for those who do love them, but it doesn’t make me happy as a long-time subscriber when you keep making these but can’t finish 1899.

“I know it’s expensive but can’t you at least finish arcs for prestige shows? #1899Netflix.”

But @kaistar39 was less diplomatic: ”Nobody cares bring back the tv shows you guys canceled after one season.”

While @sarah012012 concurred: “We subscribed for quality fiction #save1899 not trash reality shows!!”

Despite the backlash, it hasn’t stopped some of the show’s stars from expressing their excitement at returning to the screens.

Love Is Blind’s Shayne Jensen is one star who’s poised to make a comeback in Perfect Match and took to Instagram to promote the show.

He penned: “Just know you’ll be entertained. 22 other Netflix reality personas date each other and compete for love? Perfect Match, the ultimate Netflix dating competition, premieres on February 14th!”

Fellow Love Is Blind alum Bartise Bowden will also star and he took to the image-sharing site to pen: “I hope you’re excited to see me and 22 other Netflix Reality Stars date each other and compete for love?

“Don’t they say, ‘all is fair in love and war?…’ Perfect Match, the ultimate Netflix dating competition, premieres on February 14th!”

Bartise and Shayne aren’t the only Love Is Blind stars hoping to find their soulmate in the new series.

Elsewhere, the cast is rounded out by stars from The Circle, The Mole, Too Hot to Handle, Twentysomethings, Selling Tampa, Sexy Beasts and The Ultimatum.

The full cast consists of: