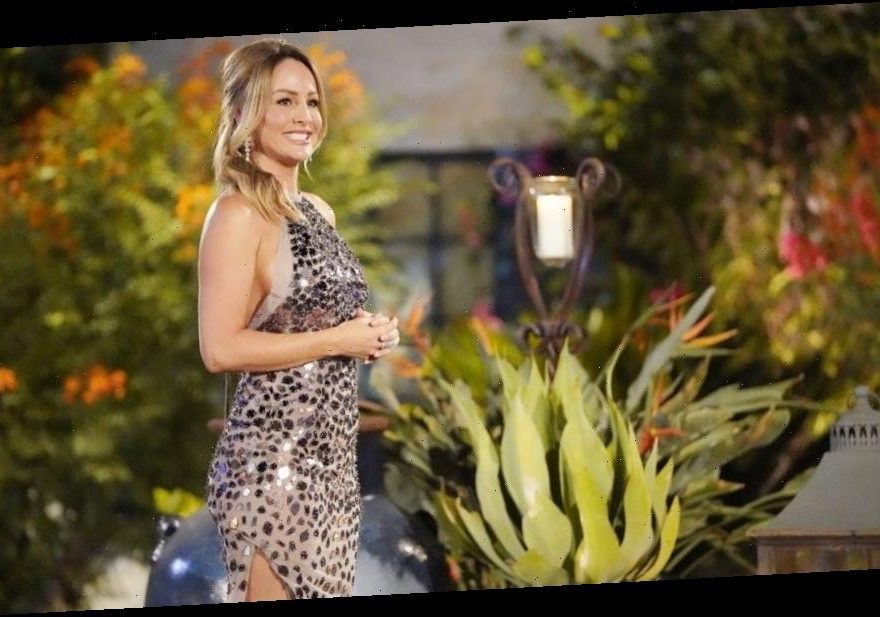 CBS was in the zone Tuesday as it dominated the night with an NFL matchup between the Buffalo Bills and Tennessee Titans. The game scored a 2.7 in the adults 18-49 demographic in fast nationals while 9.94 million viewers watched the Titans annihilate the Bills 42-16. The game was a good lead-in for FBI: Declassified (0.9, 3.91M), giving the new series a significant boost from last week. Since the NFL game was live, the numbers are preliminary and will likely change in finals.

The season 16 premiere of The Bachelorette led the night for non-sports programming. This was the first time the reality series went up against an NFL game. The show delivered a 1.3 in the demo, which is a smidge down from the season 15 premiere while 4.76 million viewers showed up to watch Clare Crawley find love — or something close to it. The debut was followed by Celebrity Family Feud (0.6, 3.15M). 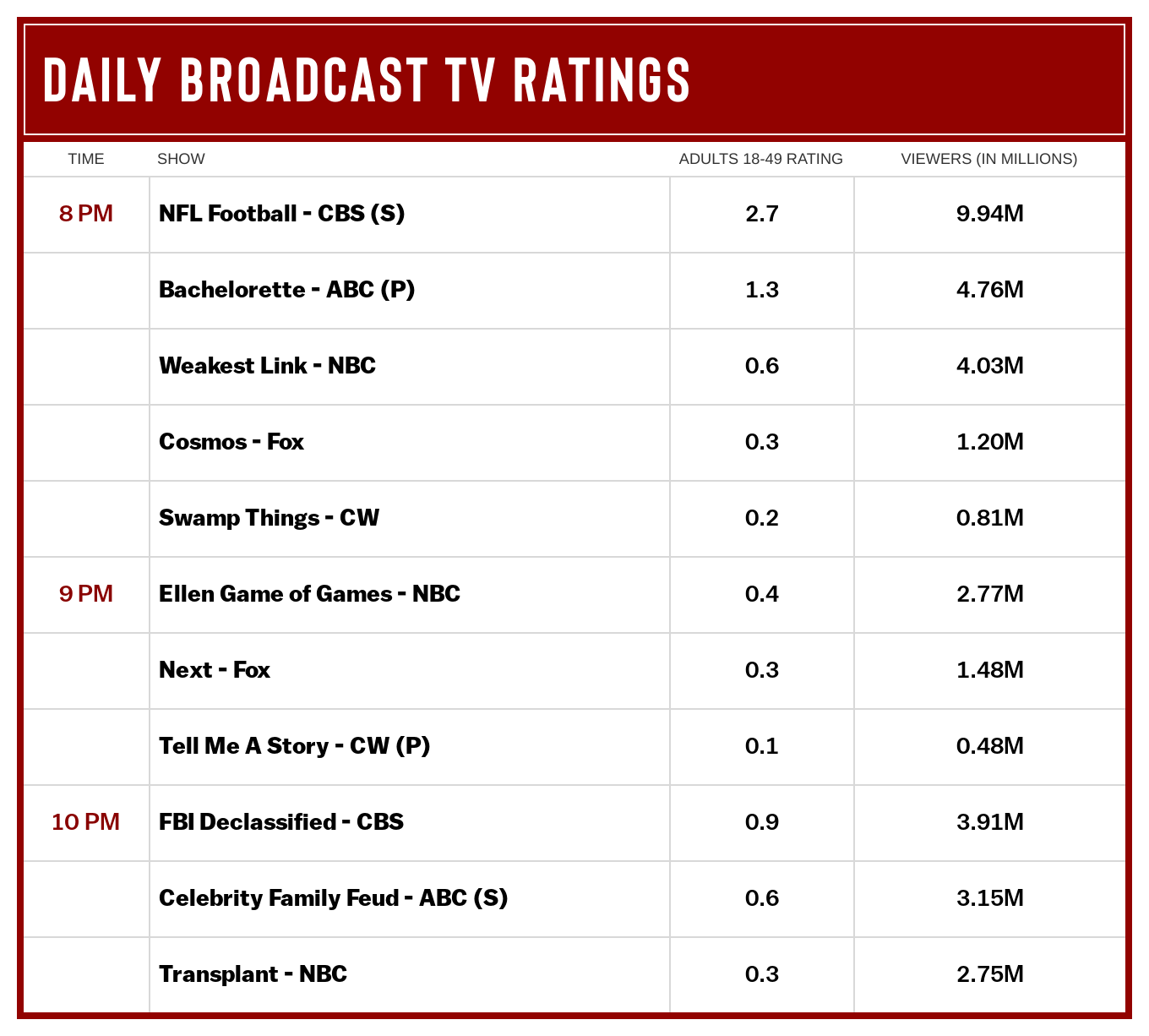