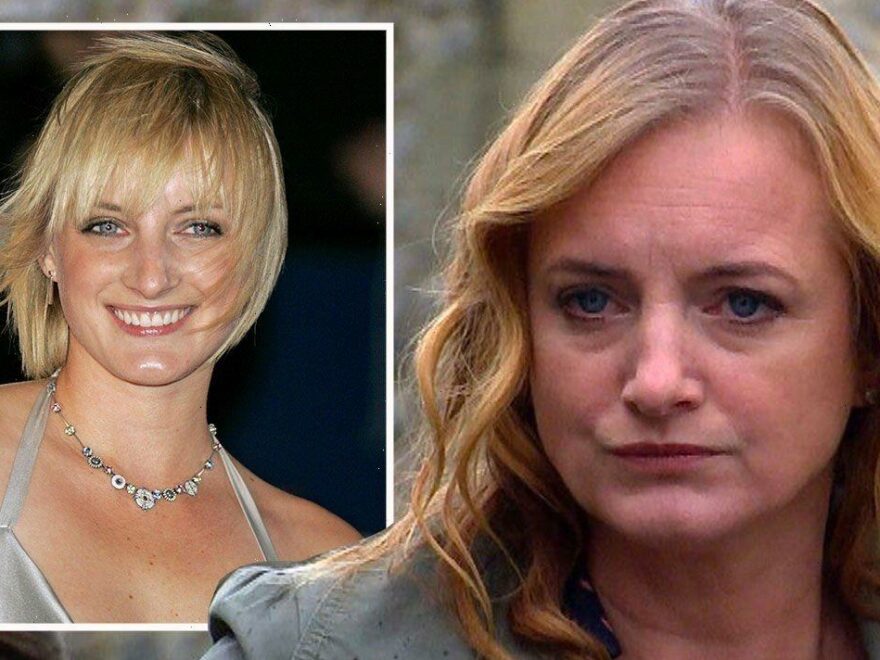 Emmerdale: Nicola gets knocked to the ground in violent attack

Nicola is best known for playing nonsense Nicola King on Emmerdale, a role which she has held for the best part of 21 years. Recently on the ITV soap, the beloved character was attacked by a group of young girls and the impact of this has left the mother of three filled with dread something is going to happen to her or her family. She has the support of her spouse, Jimmy King (played by Nick Miles), but the actress has her husband at home, waiting for her to help her destress after an intense day on set.

Who is Emmerdale star Nicola Wheeler married to?

Unlike her character who likes the whole village to know her business, the soap star actually remains very private off-camera.

Due to this, not much is known about her personal life but it has been reported she is married to a man called Matt.

The couple announced they were having their first child together back in 2015, at which point she took six months of maternity leave from the show.

With a seven-year-old child, the couple have enjoyed building their life together in Yorkshire and Nicola has spoken very briefly about her partner in the past.

This was in relation to childcare, with the soap star stating: “I am really lucky that me and my partner are sharing the childcare.”

“But we have said that the hardest work is looking after the kid all day,” the actress said in an interview with OK! Magazine when her son was little.

Nicola added: “Coming to work is like a holiday – I can actually come to work and do things like look at the internet, do some shopping, get some yoga in, or just sit and do b***** all.”

Matt is not seen attending events with his wife and nothing is known about how the couple tied the knot or how they got together.

The actress doesn’t tend to share any pictures of her husband or her son on social media, either, to ensure they get privacy from the world.

Her followers are given a snapshot into her life when the actress speaks from her home on panel shows and when she posts on Instagram or Twitter.

From her posts, Nicola’s followers can tell the actress lives in a rustic cottage with her family, which is decorated from time to time.

Especially at Christmas or Halloween, the soap star likes to decorate her home with seasonal ornaments including Christmas trees and pumpkins.

The rustic description of the house comes from the cast iron fireplace she and Matt have, providing them warmth in the winter months.

Nicola also informs her fans of some of the things she gets up to when she isn’t playing her character.

She tends to spend a lot of her time outside in the garden as the actress is a beekeeper, keeping an eye on the little insects.

What is happening to Nicola King on Emmerdale?

Nicola was left battered and bruised last week on the weeknight serial drama as she was accosted by a group of young girls on her way to get her car from a multi-storey car park.

She was hoping to just head home but she was beaten and it was her sister Bernice Blackstock (Samantha Giles) and friend Laurel Thomas (Charlotte Bellamy) who found her.

The councillor was rushed to hospital and since she has returned home, she has pushed away those people trying to help her.

This has included her husband Jimmy, who is trying to do everything he can to help his wife and catch the girls who attacked her.

It is yet to be seen whether this storyline is going to have an impact on the beloved couple’s marriage or not.

The soap star has spoken out on the attack storyline and what it will mean for her character going forward in the coming months.

Nicola explained: “I was told about two months previous all about this storyline that I was about to do and it’s because I had a little bit of time off.

“What’s lovely about it is it’s actually adapted from the first sit down I had with Jane, our executive producer, and so it’s got more interesting in the two-month period that I was off.

“So I came back to be told even more information about it.

“Nicola’s got a huge support group and I think this is the really important part of the story is it’s really good to talk.”

“And where Nicola goes wrong is she doesn’t tell anybody what’s going on,” the soap star continued.

“Then she suddenly realises she’s got a great family support group, great friends, and just wider support in the village.

“People like Wendy [Posner] and Brenda [Walker] and other people will become really supportive but where she goes wrong is she thinks everybody will laugh at the fact she’s been beaten.

“Everyone will think she deserved it and actually that doesn’t happen at all,” the soap star continued but it helps she can remove herself from the situation when she goes home to be with her husband Matt.