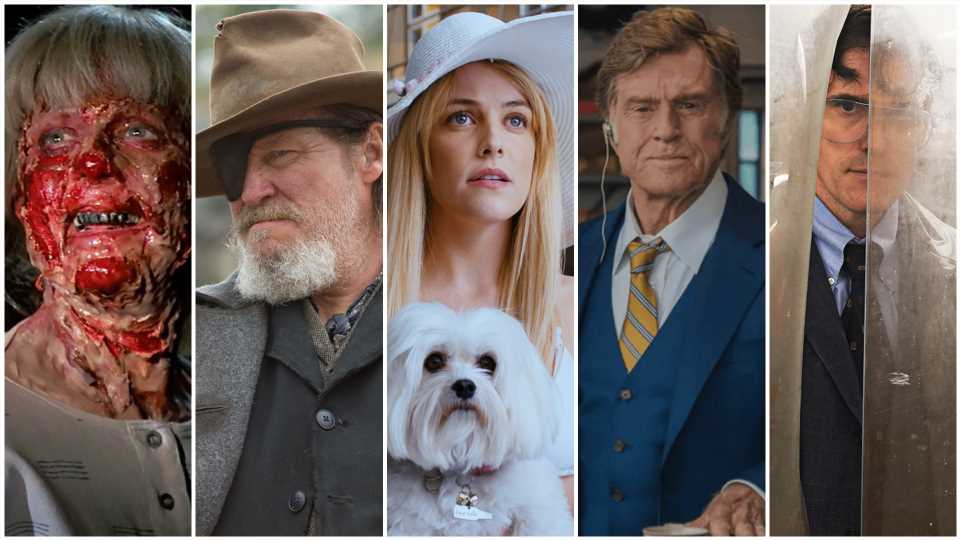 (Welcome to Now Stream This, a column dedicated to the best movies streaming on Netflix, Amazon, Hulu, and every other streaming service out there.)

It’s a holiday weekend, which means you’re going to need stuff to watch. Sure, you could go to a BBQ, or the beach. But who wants to do that when you can sit on the couch and watch some great movies? If, like me, you shun the outdoors and need some recommendations on what to watch, I’m here to help. These are the best movies streaming right now. Let’s get streaming!

1. Under the Silver Lake
Now Streaming on Amazon Prime Video

This weirdo neo-noir from David Robert Mitchell is destined to be a cult classic; the type of oddity that gets rediscovered by audiences every few years, and hailed as some sort of misunderstood work of genius. A24 didn’t know how to handle this curiosity, so they mostly ignored it. Now, it’s available for you to watch! Under the Silver Lake is definitely not for everyone. And indeed, many will be turned off by the movie’s quirkiness, and its length. But there’s something engaging about Mitchell’s tale of a jobless loser (Andrew Garfield) uncovering all sorts of dark, implausible secrets hidden all over Los Angeles as he searches for is missing neighbor (Riley Keough). Plus: what a killer soundtrack.

For fans of: Southland Tales, Inherent Vice, Jesus and the Brides of Dracula.

True Grit is the biggest box office hit of the Coen Brothers‘s collective career. It was also nominated for a slew of Oscars. And yet…this film somehow feels underrated. When people bring up the great works of the Coens, I rarely ever see them mention this film, and I’d like that to change. This funny, somber Western features Hailee Steinfeld turning in an incredible performance as Mattie Ross, a young woman who hires drunken, surly U.S. Marshal Rooster Cogburn (a wonderfully incoherent Jeff Bridges) to go after the man who killed her father. Along the way, the two meet up with a talkative Texas Ranger, played with perfect comic timing by Matt Damon. Beautifully filmed by the legendary Roger Deakins, True Grit unfolds across shadowy, harsh landscapes, like some sort of faded Western painting come to life.

For fans of: No Country for Old Men, the other True Grit, Jeff Bridges mumbling.

John Carpenter gets metaphysical with Prince of Darkness, his 1987 unsung classic about a group of quantum physics students doing battle with the Devil himself. Old Scratch is in the shape of green swirling goo in a big glass tube (don’t ask), stored in the basement of a church. And there’s a pretty good chance he’s about to bust loose. As you can imagine, things go very poorly for the students as the night drags on and the body count piles up. Carpenter has one of the best filmographies of any horror director, and Prince of Darkness is one of his best, even if it doesn’t get as much respect as some of his other titles.

For fans of: Assault on Precinct 13, In the Mouth of Madness, Alice Cooper cameos.

On both a technical and entertainment level, Minority Report is one of Steven Spielberg‘s best. A thrilling, creative, and often haunting sci-fi action flick, Minority Report almost never lets up. Tom Cruise is a futuristic cop who works for Pre-Crime – a law enforcement division that stops murders before they even happen, thanks to the powers of three psychic Pre-Cogs who can “previsualize” the crime before it happens. But when Cruise’s character is named as a future killer, he has to scramble to stop a murder that he’s supposed to commit. Cruise spends almost the entire movie running around, something we all know he’s very good at. He’s aided by Samantha Morton, turning in a beautiful, tragic performance as one of the Pre-Cogs. Minority Report takes the time to ask questions about police surveillance while also staging stunning action sequences – like a fight scene in the midst of an automated car factory.

This somewhat forgotten comedy-drama from Marc Forster was sold with rather silly trailers, but the film itself is a bit more serious (although, yes, there’s funny stuff here). In Stranger Than Fiction, Will Ferrell plays a dull IRS agent who suddenly starts hearing narration, coming from a disembodied female voice. That voice belongs to a writer named Karen Eiffel (Emma Thompson), because it turns out Ferrell is a character in Eiffel’s new novel. And unfortunately, she plans to kill him off at the end of the story. This quirky set-up could’ve easily turned into a dumb comedy, but Zach Helm‘s script is surprisingly sweet and clever. It also does a wonderful job building a romance between Ferrell’s IRS dweeb and a punk-rock baker played to perfection by Maggie Gyllenhaal. The end result is an overall poignant film.

For fans of: Adaptation, I Heart Huckabees, voiceover narration.

6. The House That Jack Built
Now Streaming on Showtime

The House That Jack Built arrived at last year’s Cannes Film Festival riding a wave of controversy, and that didn’t let up once people watched the thing. Many derided Lars von Trier‘s serial killer film as vile and totally irredeemable. But is it as bad as all that? To be clear: The House That Jack Built is frequently unpleasant, to the point where it’s going to anger viewers. But at the same time, the film is surprisingly funny. It’s also a lot more satirical than I think people give it credit for. It’s clear von Trier is using Matt Dillion‘s murderous Jack as his personal stand-in, and it’s also clear von Trier is mercilessly mocking himself in the process. Jack is completely full of shit, and tries to paint himself as a brilliant artist, when he’s just a pretentious asshole. This ultimately leads to a 155-minute film all about how much Lars von Trier hates himself, and how if Hell exists, he’s sure he’s going there . You have to admit: that’s kind of funny.

For fans of: Antichrist, Melancholia, laughing at stuff you’re not sure you’re supposed to be laughing at.

Paul Thomas Anderson and Thom Yorke came together to create this 15-minute film scored to music from Yorke’s new album. That may sound like this is a glorified music video, but Anima is more akin to a silent movie that just happens to have music underneath. Yorke rolls and falls and tumbles through the film like a silent movie star while Anderson’s camera follows it all across several surreal and realistic landscapes. It’s altogether lovely and unique. And best of all, it’s short.

For fans of: Buster Keaton movies.

8. The Old Man and the Gun
Now Streaming on HBO GO/Now

Before The Old Man and the Gun came out, Robert Redford announced it would be his final film. He’s since walked that claim back, but if this were to be Redford’s last hurrah, it would be the perfect film to go out on. Redford plays real-life figure Forrest Tucker, a career criminal who apparently could not stop robbing banks. Tucker isn’t portrayed as a bad guy; instead, he’s a charming folksy sort of fella, who strikes up a romance with a woman named Jewel, played with effortless charm by Sissy Spacek. The Old Man and the Gun is a laid back, often non-confrontational journey – a nice movie that sweeps us up and takes us along with Forrest through one crime to the next.

For fans of: A Ghost Story, Pete’s Dragon, old men and their guns.

This shockingly violent tells the (mostly) true story of the ’90s Norwegian black metal scene, and the church burnings and brutal murders that accompanied it. Our guide through this world is Euronymous (Rory Culkin), co-founder of the band Mayhem. Euronymous wants to have fun with his black metal status, and starts taking part in very questionable activities. But things quickly spiral out of control when new band member Varg (Emory Cohen) starts pushing for more and more illegal acts. It’s all building towards a shocking conclusion that’s not for the squeamish. Lords of Chaos is a truly strange film – you get the sense that director  Jonas Åkerlund wants the proceedings to be funny, but the actions are too bleak and brutal for that tone to work. It’s also a bit jarring to have all these very American-sounding actors playing Norwegians, but perhaps that was a better choice instead of forcing them all to adopt phony accents.

For fans of: Until the Light Takes Us, fire and blood.

10. The Spy Who Dumped Me
Now Streaming on Amazon Prime and Hulu

This rom-com has a lot going for it. For one thing, it has Kate McKinnon running wild and doing seemingly whatever the hell she wants. For another, it’s surprisingly action-packed. Director Susanna Fogel went to great lengths to make sure the action on display here was genuinely exciting and thrilling, and she succeeded. In The Spy Who Dumped Me, Mila Kunis and Kate McKinnon play two besties who get caught up in the world of espionage when they learn that Kunis’s ex-boyfriend (Justin Theroux) is actually a spy (bet you didn’t see that coming…unless you looked at the title). The plot isn’t the most creative, but the chemistry between Kunis and McKinnon, coupled with the whiz-bang action beats, make this worth checking out.

For fans of: Spy, 21 Jump Street, a comedy with better action scenes than most full-blown action movies.