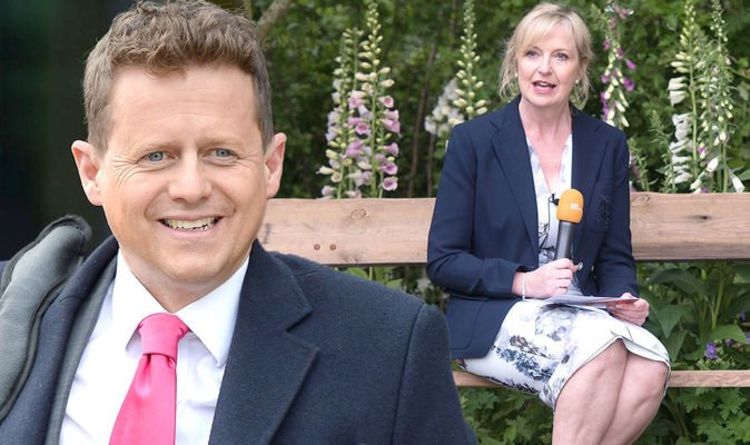 Carol Kirkwood gave her 157,000 Twitter followers regular updates on the weather from Wimbledon 2019, while also sharing a number of pictures. The BBC Breakfast favourite was seen in one with colleague Mike Bushell, while an empty court was behind them. The 57-year-old and her companion, 53, beamed from ear-to-ear for the camera, during their rare reunion behind-the-scenes. She couldn’t resist adding a sarcastic caption to the upload, as he joked that they lacked “chemistry”.

I have never liked Mike Bushell

Wearing her blonde tresses down, Carol looked chic in a pale, floral dress, for her latest live forecast from the tennis tournament.

She wrapped her around newlywed Mike as he did the same to her, after opting for a dark navy suit.

Her pal was quick to respond, writing: “There’s just no chemistry. You’re the sunshine after the rain (name that song) he he.”(sic)

Sharing the light-hearted moment, she added crying with laughter emojis and ones blowing a kiss.

Mike had also spotted Carol much earlier in the day, and they shared their excitement of being in the same place. 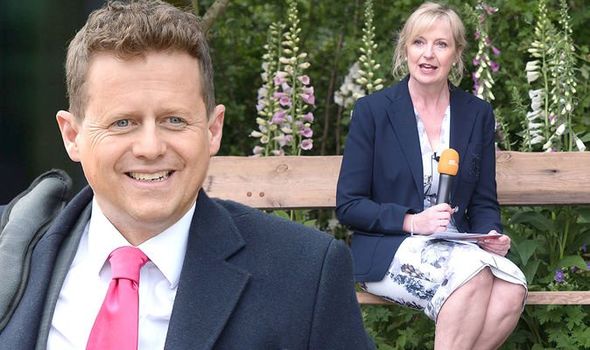 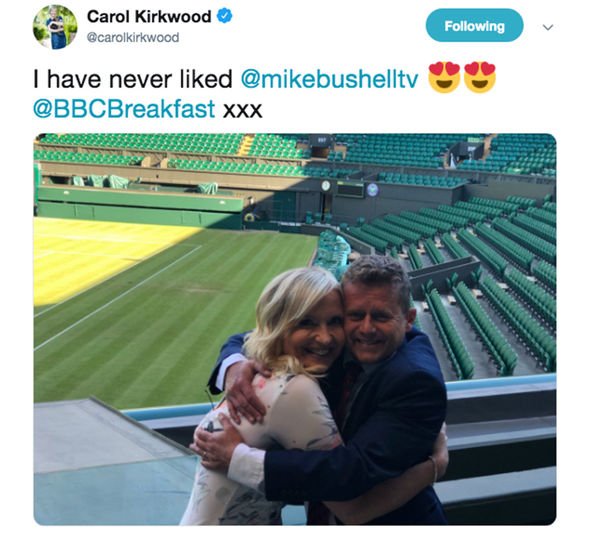 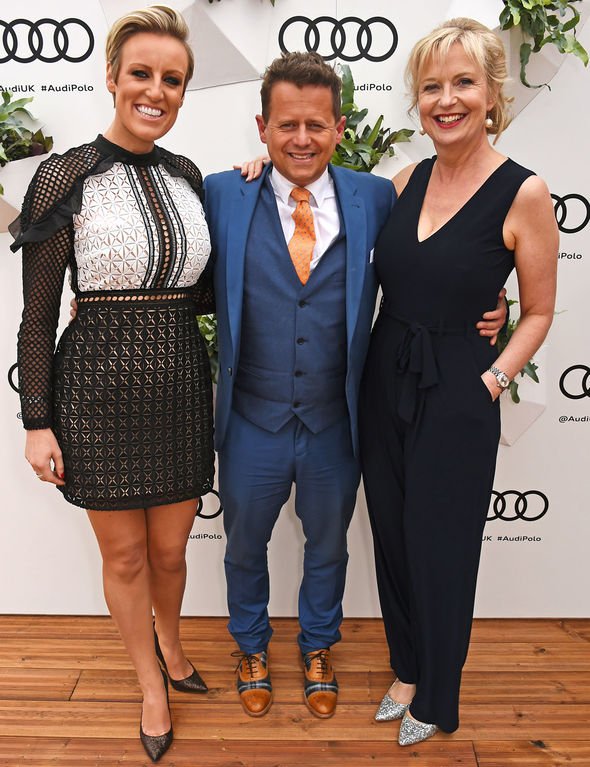 He tweeted: “As the covers come off on court 12 it’s a Scorcher at @Wimbledon and can you spot the one and only @carolkirkwood out there courtside.

She spoke out to congratulate him after he wed for a second time and addressed the “happy couple”. 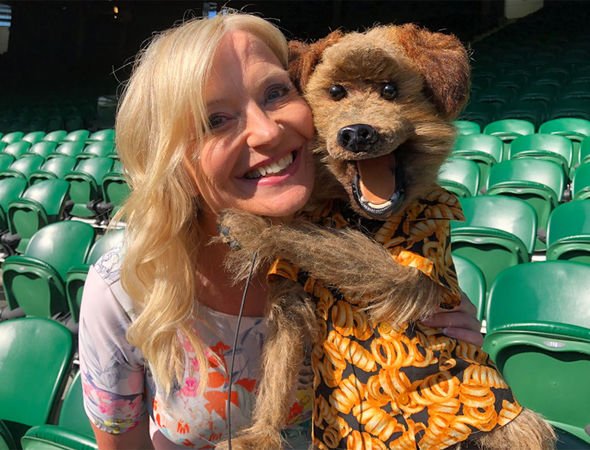 Carol shared a snap of the broadcaster and his new wife, marketing executive Emily Bond.

It was revealed two months ago that he was set to walk down the aisle, following the breakdown of his first marriage 10 years before.

BBC Breakfast continues tomorrow at 6am on BBC One.