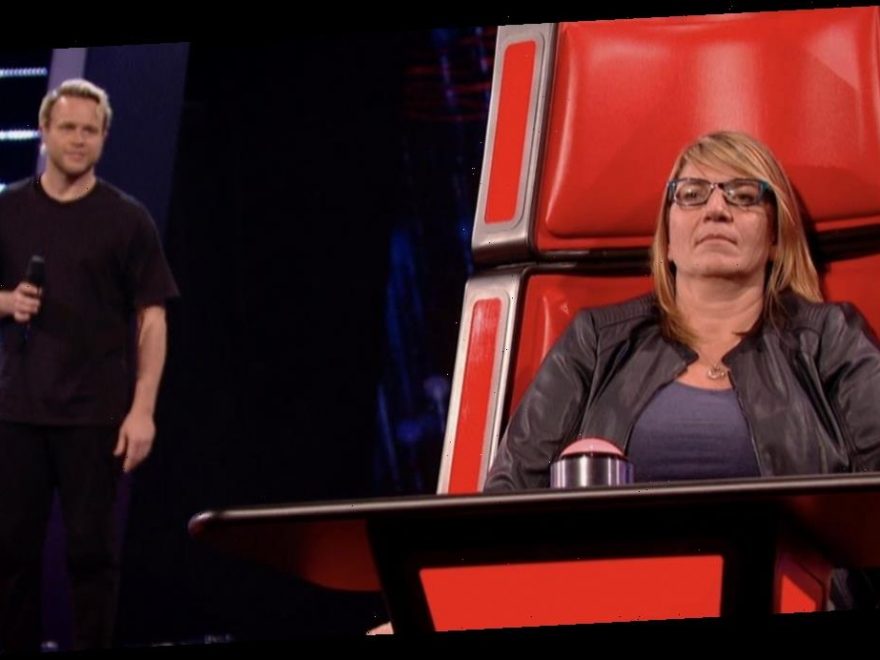 The 48-year-old police officer was surprised with the award by the Dance With Me Tonight hitmaker during a behind the scenes tour of the set of The Voice.

Millions of viewers will see the emotional moment on the Daily Mirror Pride of Britain Awards, in partnership with TSB, tonight at 9pm on ITV.

It sees Claire sitting in the famous The Voice red chair with her back to the stage.

Then, Murs walks out and begins to sing, surprising PC Bond who quickly realises it's the pop star. The Olly Murs superfan is clearly emotional as she gets serenaded by the TV judge.

Claire was given the award after being injured in the line of duty while trying to stop an out-of-control driver from crashing into runners taking part in a 10k race in Stafford.

She was responding to reports a car had crashed near the route of a race in September 2018. Mother-of-four Claire attempted to grab his car keys to stop him driving away as he was heading straight for the route of the race.

During the struggle she was run over, dragged along the ground and crushed against a fence.

She was eventually pulled to safety but had to undergo a five-hour operation to save her shattered leg. Malhi fled on foot and was later arrested and jailed for 12 years.

A year after the incident, PC Bond took part in the same race to raise money for the charity Care of Police Survivors. She covered the first 9km in a wheelchair but walked the final kilometre.

The Pride of Britain award winner was unable to work for 18 months as she recovered, but was back to work as soon as she was fit enough.

She didn't let the coronavirus keep her at home any longer as she returned returned to work on April 1 on the Covid-19 frontline.

The Daily Mirror Pride of Britain Awards, in partnership with TSB, is broadcast tonight at 9pm on ITV.