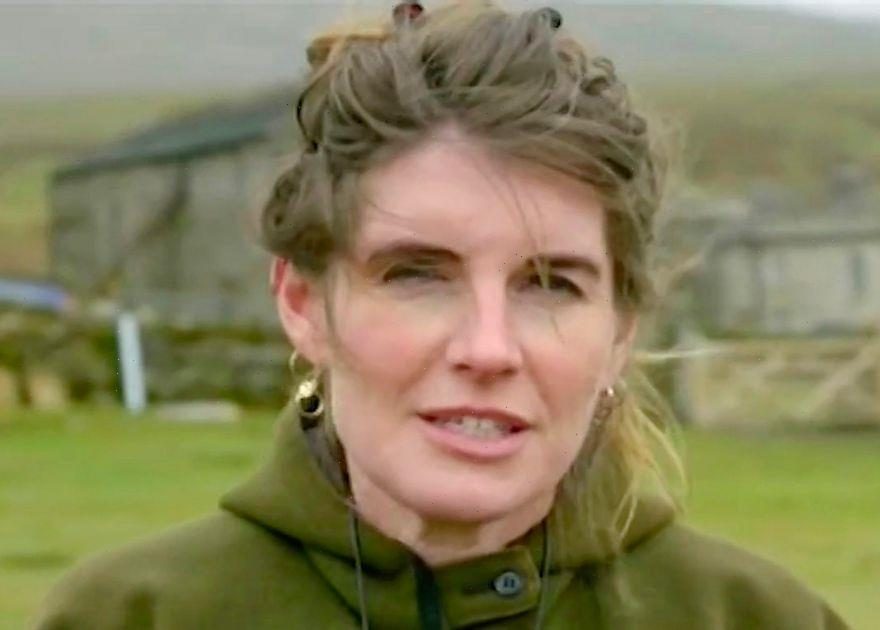 Our Yorkshire Farm star Amanda Owen has told viewers she is “stressed” about a new farm partnership she has been forced to deal with.

As a shepherdess, a working dog is an intrinsic part of the farm dynamic so without one, it cannot function.

Amanda, the star of the rural reality show, was left “dogless” on last night’s episode as her trusty hound Kate is six weeks pregnant so on maternity leave so her husband Clive offered the services of his own dog, Midge.

But “forging the new partnership” may not be as easy as it sounds as Clive said that his pooch is “very good” but also “very young and he is very strong”.

Clive went on: “He takes a bit of handling. He is a one-man dog" and admitted it "could go wrong" before trouble ensued on the farm.

Amanda said: "Midge and I have to form a bit of a bond. A friendship before lambing time.

"Because with Kate on maternity leave I'm going to be dogless. It's like starting over."

"It's quite stressful. He is a lot younger than Kate."

The mum-of-nine continued: "I've got to know Kate over the last 10 years. Midge is a really great dog.

"He is fantastic but with youth comes enthusiasm. He'd rather his daddy."

In other doggy news, Amanda also had to recently deal with the heartbreak of losing one of her other sheepdogs.

Her beloved Bill passed away aged 15 and she emotionally posted on Twitter: "It’s a week since we lost Bill sheepdog. He’s gone away but not forgotten, he lives on forever in our hearts.

“Thank you to super talented artist @MeganArtUK for this gorgeous portrait of him.”

Amanda also posted a lovely sketch of the black and white dog which fans were quick to praise calling the picture “stunning” and “fantastic”.

Meanwhile, more fans were baffled last week as they received a rather odd warning ahead of the programme.

Amanda and Clive were facing problems on the farm as a blizzard hit, leaving the hill farm and farmhouse surrounded by snowdrifts.

It meant their sheep were in danger – including some pregnant members of the flock – after they got lost while out on the moors.

Thankfully, Amanda managed to locate four of the missing sheep in the field, blinded by the snow – and decided to feed them hay where they stood.

And to make things more bizarre, the Channel 5 announcer warned viewers that this segment of the programme contained "imitative behaviours" which were not safe to copy at home.

Turning to Twitter, one confused fan wrote: "#OurYorkshireFarm waiting to see what the warning of imitative behaviour at the start is for? Thin ice? Any ideas?"

But the reason for the warning soon became clear, as the Owen family's favourite swimming spot had completely frozen over.