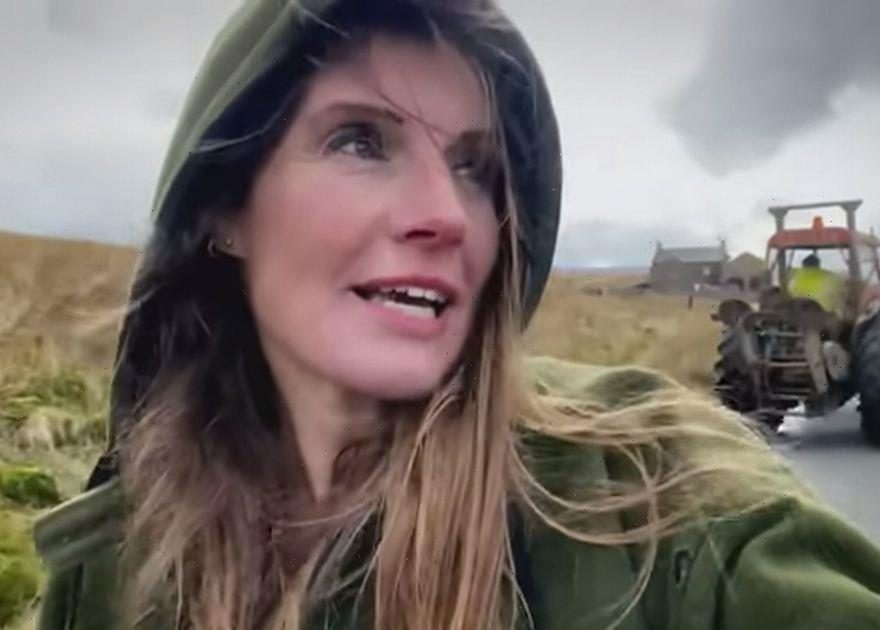 In the most recent episode of Our Yorkshire Farm, the Owen family and their farm were hit with severe flooding and storms.

The severe weather destroyed some of their farming equipment that is vital for them to make a living and keep their farm fully functioning.

The latest instalment of the popular farming programme that airs on Channel 5 saw Amanda open up about what had happened.

The mum of nine who is a hit with her fanbase said: “At this time of year, you expect it to be cold, snowy, frozen, icy and you can deal with that."

She continued: "But water you just cannot. The ground is absolutely saturated, so the river levels just come up and down so quickly.

"You get extreme weather conditions, that is what happens here," she said.

The farming family had already faced the brunt of the bad weather and were then forced to prepare themselves for Storm Ciara.

They suffered an entire month’s worth of rain in one night, but then things went from bad to worse when the flooding appeared to become more severe.

Amanda then went on to express her fears about the bad weather destroying the family home and their livelihood too.

The water continued to run downstream and poured into the river located metres from Ravenseat Farm, as she stood by the flooding, the farming superstar said: "What a day.

"Unbelievable. The power in that water. It’s not even safe to be out here really."

Amanda’s husband Clive tended to his flock of sheep on the moor while enduring the 100mph winds, while the couple's eldest son, Reuben helped him.

The pair had to try and move the sheep to keep them as safe, whole also ensuring that the flock had enough food to eat to get through the bout of bad weather.

Things then took an unexpected turn when the flood swept away the family’s one-ton trailer from the yard.

Son Rueben then had the task of trying to retrieve the trailer with the aid of nearby farmer, Morris, who helped him.

The pair were able to successfully get the trailer out of the ditch, before towing it back to within the realms of the farm.

When the trailer had returned to it's spot, Amanda was upset to discover it was no longer fit for purpose.

"His work is done," Amanda said as she praised Morris’ help: "He is an enigma. He will not be beaten."

While rounding up the flock of sheep, Amanda realised some of them were missing, when she said: "My goodness, this is terrible."

Amanda Owen features in her own Channel 5 reality series called Our Yorkshire Farm.

The programme follows Amanda, her husband Clive Owen and their nine children as they go about their daily routine of running Ravenseat Farm.

The family don't own the farm though – they actually rent it.

Our Yorkshire Farm airs on Channel 5.