At the stroke of midnight on Tuesday, 10 All Access will disappear. Any mourning will be brief, though, as instantly taking its place will be Paramount+, Ten’s second stab at a subscription video on demand service since the debt-laden Australian television network was bought by the American media giant CBS for a bargain-basement $123 million in November 2017.

Ten’s first streaming play was a locally badged version of America’s CBS All Access, and invited subscribers to pay $8.99 a month, largely for ad-free versions of series they could also watch for free on 10Play, as long as they were willing to sit through ads. 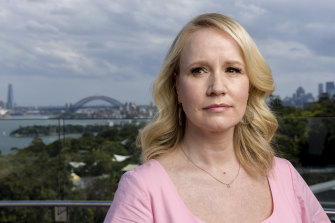 Beverley McGarvey says Ten ViacomCBS has “ambitions for significant growth” for Paramount+ compared to its predecessor, 10 All Access.Credit:Rhett Wyman

Paramount+ promises to be a much more considered foray into the booming subscription video on demand market, bringing together the offerings of the American CBS network, its premium cable brand Showtime, and the film and TV output (and, crucially, back catalogue) of Paramount studios, along with local commissions such as Five Bedrooms (originally a Ten commission, but with a new season set to debut on the service), and live sport, thanks to the recent deal to cover Australian soccer in its various iterations (A-League, W-League, Matildas and Socceroos games).

“The platform will accommodate a much broader slate of content, and there’s movies and there’s a lot more verticals,” says Beverley McGarvey, chief content officer and executive vice-president of ViacomCBS Australia (with American ownership comes the American job title).

But the new platform isn’t a complete bulldozer job, more a stylish renovation of what was there already. “It is a technical kind of restack, it isn’t just All Access with a facelift,” says McGarvey. “It is a different piece of tech – to a degree.”

The SVOD market – in which consumers pay for access to content delivered over the internet, rather than via transmission towers – is increasingly important for broadcasters as they seek to transition from a schedule-based, ad-supported model.

The most recent data from Roy Morgan reported 16 per cent growth in SVOD take-up in Australia last year, spurred in large part by rolling lockdowns. The January survey estimated more than 17 million Australians now have access to at least one SVOD service, with Netflix way out in front of a pack that includes Stan (owned by Nine, publisher of this masthead), Amazon Prime Video and Disney+.

McGarvey believes the balance between free-to-air and streaming “will shift, certainly” over the next five years, but insists free-to-air remains a key part of the network’s future. “There are certain types of content and certain types of audiences that will always come to free-to-air, and that has a really important role to play in the fabric of Australian society,” she says.

At the same time, she adds, “we will be trying to fast-track the growth in our streaming business, to get our subscriber base up to a really solid level”.

She sees the future as one in which ViacomCBS has "established legacy businesses where the growth potential is obviously not as fast as what you would get on the streaming business, and those parts of the business where you get your growth potential. But the real value we have is having those multiple businesses." 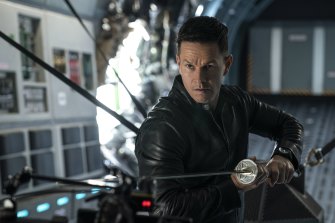 Mark Wahlberg stars in Infinite, a sci-fi action film made for the big screen but debuting locally on the new SVOD platform.Credit:Paramount+

McGarvey won’t put a number on subscriber targets, but compared to the “light touch” of 10 All Access, she says, “we have ambitions for significant growth”.

To realise that, Paramount+ will move away from Ten’s focus on youth.

For someone used to being slave to the overnight ratings figures, there’s a paradox in the world of streaming: data is constant and instantaneous, but the timeframe in which success or failure is assessed is much longer.

“It’s not like the launch of a show [on free-to-air]. It’s not like you get a report card the next day,” she says. “You get data all the time on streaming. If we get to the end of the year, and we have had a successful launch, and it all works and our shows are well received, and people want to watch them – not all of them, obviously, you can’t expect everything to be a hit – I think we’ll be happy. And then we’ll focus on growing the service next year.

“With a streaming service you’ve got to be in it for the long haul.”