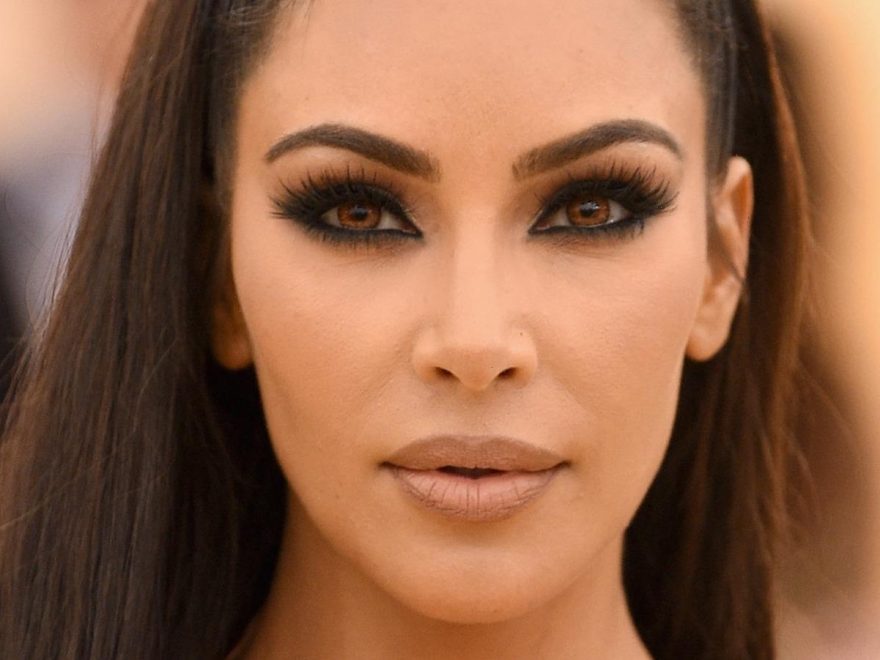 Kim Kardashian is almost as synonymous with style as she is with reality television. While we tend to focus on her trend-defying outfits and bold makeup — makes sense given she founded a multimillion-dollar beauty brand, KKW — her hairstyles are just as wide-ranging and daring. Kim has been almost every color under the sun (or hair dye) and played up styles just as much as she has with length. Regardless of whether she is trying to make a statement or simply bored, the influencer seems to nail it each time and sets a hair precedent for her now 237 million Instagram followers.

While her early “Keeping Up With Kardashian” hairstyles are a little more forgettable … or memorable (hello 2009 Snooki-esque bouffant look) depending on your interpretation, Kim has taken a lot of risks, which have seemingly paid off. To be fair, she was Paris Hilton’s freelance stylist back in the day, so she knows a thing or two. Kim’s gone raven black, platinum blonde, and candy floss pink; she’s dabbled in lobs, long classic Hollywood waves, blunt and side bangs, and the occasional up-do, per Byrdie. While she’s the queen of long, sleek straight hair (often her hairstyle by default), we don’t think it’s her signature look.

When Kim stepped onto the Met Gala red carpet looking like a “California girl stepping out of the ocean” (per E! News), she not only gave us serious hair envy, but set a “full-fledged craze,” according to Byrdie. 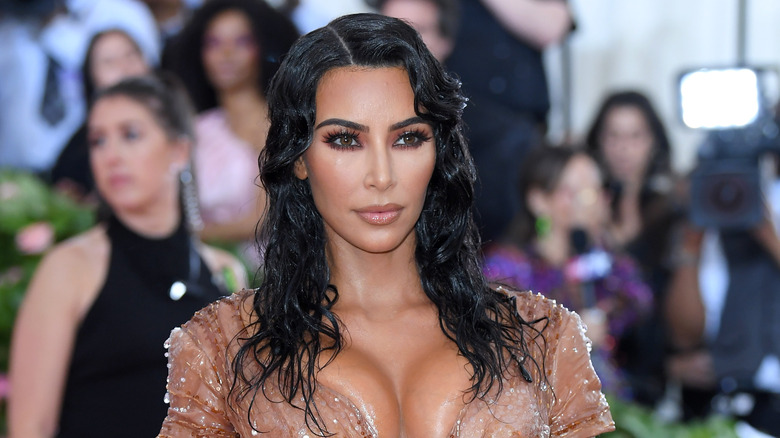 Next time you get caught in the rain, perhaps embrace the dripping locks — Kim Kardashian certainly has and proved that it’s sexy. Kim originally debuted this “naked” look back in 2016 for the VMAs, sweeping her hair to one side and wearing a sheer black mini, per Fashionista. But it wasn’t until fashion’s biggest night in 2019 that Kim was drenched with attention.

Okay, so while of course she didn’t actually display shower hair at the Met Gala, the versatile and long-lasting hairstyle made headlines, set trends and sparked hair lust on social media. One person on Twitter even called her hyper-wet hair look “magic,” per The Sun. Hairstylist Alysa Pace told Byrdie that year, not only is the look both “so chic and sexy,” but was the “season’s biggest trend.” The man behind the wet and wavy locks, Kim’s personal hairstylist Chris Appleton, even told W Magazine it has “that endless summer vibe.”

Despite incorporating a couple of products and equipment, it doesn’t require a full glam squad and is reportedly easy to achieve at home. And if you’re feeling a little lazy, no fear as a blogger even wrote that “you can wear it for several days before washing it out.” If quarantine has taught us anything it’s that we can certainly prolong our hair washing days … and this look is just perfect for that. Thank you, Kim.