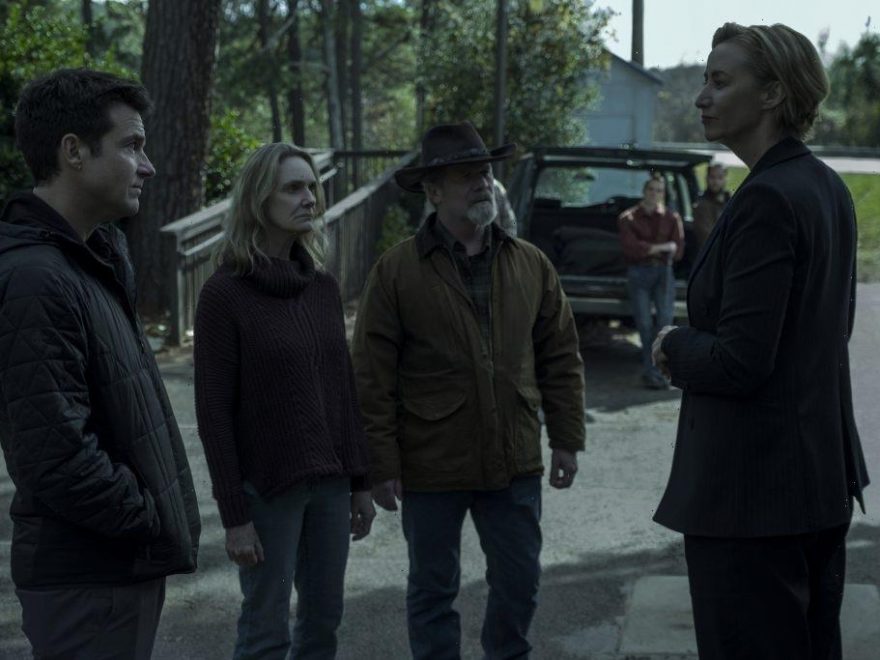 Fans are more excited than ever to see what’s in store for Ozark Season 4. So far, we’ve seen Marty and Wendy Byrde navigate laundering money for a dangerous drug cartel after moving to the Ozarks. They also had local petty criminal Ruth Langmore working for them, though it seems that’s changed moving forward. But did Ruth make a fatal error with Darlene Snell in season 3 that will come back to bite her? Some fans think so.

The Langmores and the Byrdes have been intertwined since season 1, and in Ozark Season 3, fans saw a major shift that could impact what occurs in Ozark Season 4. Ruth worked for Marty and learned more about the money laundering business. Despite getting tortured by the Navarro cartel and their attorney, Helen Pierce, she stayed strong with the Byrdes. But it seems Ruth has new allegiance with the Snells after seeing how close her brother, Wyatt Langmore, became with Darlene after Darlene killed her husband, Jacob Snell.

Ruth was reluctant to join Darlene at first, and she even coaxed Wyatt to leave the Snell property. But it seems Ruth also understands the dangers of Byrde association. Trevor Long, the actor who played Ruth’s father, Cade Langmore, spoke to Express.co.uk about Darlene and Ruth.

“I don’t know if the writers even know at this point,” he said, “but obviously she’s going to join with Darlene and it’s going to be ugly. I think there’s going to be confrontation between the Byrdes and Darlene’s camp with Ruth. It’s going to get ugly.”

Will Ruth and Darlene form a powerful, unstoppable duo in Ozark Season 4? Both women have the willpower to run their small business and find success without the Byrdes. But Darlene’s unpredictable actions and hot-headed attitude could cause trouble for Ruth. And it seems some fans already suspect Ruth made a critical and possibly life-threatening error.

Express.co.uk reminds fans Darlene shot Frank Cosgrove Jr. in his crotch area after he beat Ruth. While the Byrdes wouldn’t seek revenge on Frank, Darlene did, gaining her additional points with Ruth. After Darlene explained to Ruth what she did to Frank, Ruth said, “You really are bat-sh*t crazy.” To that, Darlene stopped, laughed, and moved on.

Typically, Darlene may react differently to the insult. In season 1, she shot Camino Del Rio for calling her and Jacob “rednecks.” For that reason, fans think Darlene will remember Ruth’s insult, which could cost Ruth her life.

“Darlene’s reaction sure tells me she wants to kill Ruth for calling her crazy,” a Reddit user noted. “Anyone else pick up on this?”

Will season 4 be the last?

Is Ozark Season 4 the last? It seems the show will end with season 4 — but the final season will also have more episodes than past seasons. Showrunner Chris Mundy and star/producer Jason Bateman both noted season 4 will have 14 episodes.

“It’s going to be in two halves, it’s going to be 14 episodes, so the first half is going to air seven,” Mundy stated. “We’re hoping that’s sooner rather than later, it’ll be easier for us to get these first seven done.”

Bateman also added the additional episodes mean “super-sized problems for the Byrdes” and that the series will “end with a bang.”

We’re excited to see what happens with Ruth, Darlene, and the Byrdes as the season premiere inches closer.