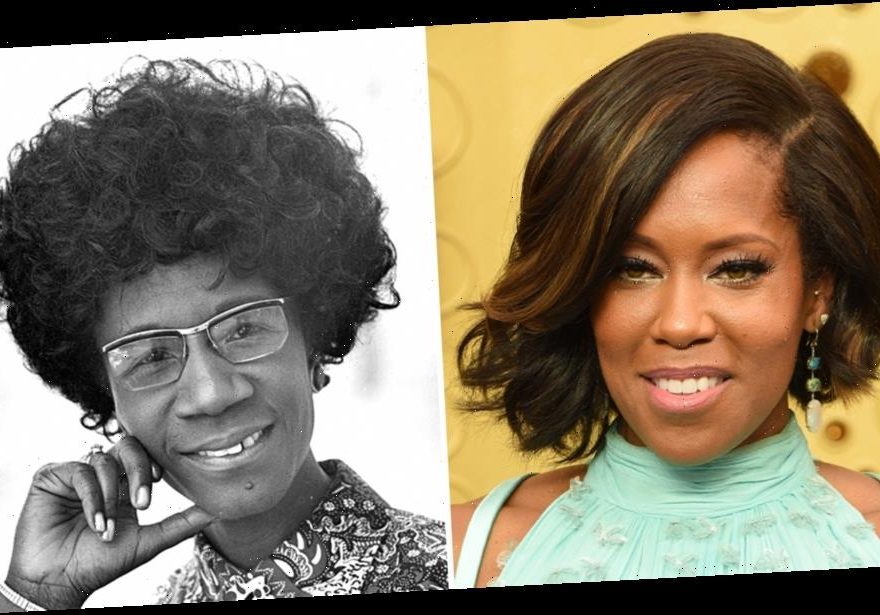 King has expressed publicly for some time her desire to play Chisholm, and that opportunity is finally happening. Cameras will roll later this year.

Shirley follows the dynamic presidential campaign launched in 1972 by Shirley Chisholm. The feature is based on her life story rights through an exclusive agreement with the Chisholm Estate, and the movie will provide an intimate, behind-the-scenes portrait of the ground-breaking political leader during a seminal period in modern American history.

“Shirley Chisholm’s fearless determination has been an inspiration to so many of us, and with this film we hope to inspire many generations to come,” Regina King said. “To collaborate once again with my friend and mentor, John Ridley, and the team at Participant, makes this decade-long journey even sweeter.”

Ridley added: “Regina’s passion for bringing a complete and very human portrait of Shirley to life has been evident since literally the day we first met. I’m very thankful to both Regina and Reina trusting me to partner in telling the story of this truly remarkable individual.”

“Shirley Chisholm’s life as a politician and her groundbreaking career in Washington is a critical part of American history that is far too often overlooked,” said Participant CEO David Linde. “We are thrilled to partner with John, Regina, Reina and a tremendously talented creative team to share the story of this remarkable woman with audiences everywhere.”

King most recently directed and executive produced One Night in Miami and starred in HBO’s Watchmen, for which she won an Emmy . She is represented by ICM Partners, John Carrabino Management and Gang, Tyre, Ramer, Brown & Passman. One Night in Miami received three Golden Globe nominations including King for Best Director as well as two SAG noms including Best Ensemble.

Ridley currently is writing, producing and directing the new limited series Five Days At Memorial for Apple TV+ and was  the creator and showrunner of the Emmy Award-winning television series American Crime. Ridley is the Oscar-winning screenwriter of 12 Years a Slave. He is represented by Brillstein Entertainment Partners and Rohner & Walerstein.