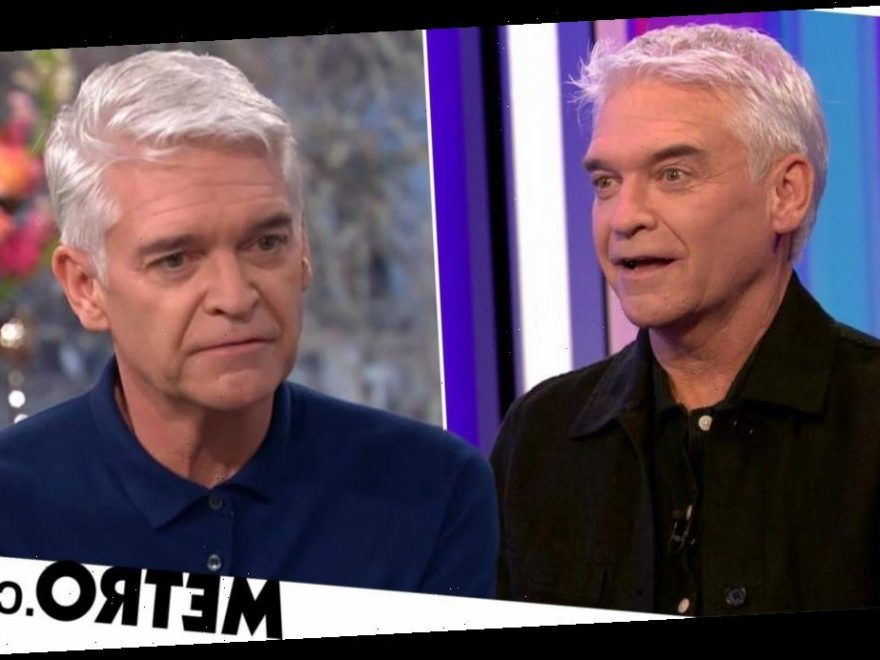 Phillip Schofield has told that he had a ‘secret meeting’ with his pal Holly Willoughby in a London bar before he came out as gay on This Morning.

In February this year, the ITV host, who had been married to his wife Steph for 27 years, publicly came out as gay during a segment This Morning.

Speaking on Wednesday’s The One Show, Phillip explained how he made the decision and why he wanted to do it so publicly.

‘We’d had a big lead up to that moment and when I knew what I had to do Holly was one of the first people I told,’ he began,

Phillip went on to add that initially he was going to make the announcement on the Thursday, instead of the Friday.

He continued: ‘I said to Holly ‘”I’ll do it on a Thursday morning and then I’ll go and you carry on the show with someone else”.

‘We were in a bar in London, secretly having this meeting and she said: “You’re joking there’s no chance that you’d leave and I carry on”.

‘And so she said, “we’ll do it on a Friday and ask Eamonn and Ruth if we can nick 10 minutes of their show and then we leave together”.

And that’s exactly what the pair did, Phillip and Holly made a surprise appearance on the programme, which was hosted by Eamonn Holmes and Ruth Langsford, where Holly read out an emotional statement from her pal.

At the time, Phillip admitted that despite feeling relieved, he also felt guilty for hurting his wife and two daughters.

‘It’s funny because everyone I have spoken to, you have all been so supportive,’ he said.

‘Every person I tell it gets a little lighter, it is essential for me and my head, and of course, I am very aware that Steph and the girls are at home watching this.

‘There is no question that this has caused pain and upset.’

He continued: ‘I have had to deal with this in my head for quite some time and as for Steph, as I said I can’t write in any statement how I feel about that woman.

‘She is incredible, there is no one in my life that would have supported me in the way she has. She is astonishing.’

Following his appearance, The Dancing On Ice host revealed that he was releasing a tell-all book, titled Life Is What You Make It.

In his book Phillip takes fans behind-the-scenes of his life, career and family, while dishing all on the ups and downs and some ‘very emotional’ moments he has experienced.