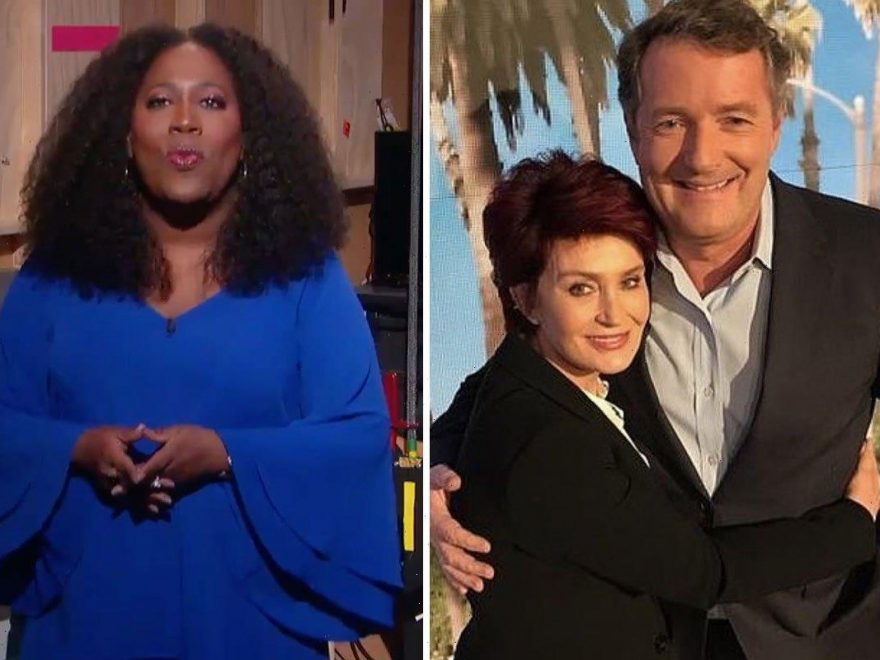 PIERS Morgan slammed Sheryl Underwood as a "shameless fraud" as she returned to The Talk after Sharon Osbourne's exit.

The outspoken host, 68, quit The Talk after her on-air fight with co-host Sheryl, 58, in March as she received backlash for “racially insensitive” comments while defending Piers Morgan’s criticism of Meghan Markle. 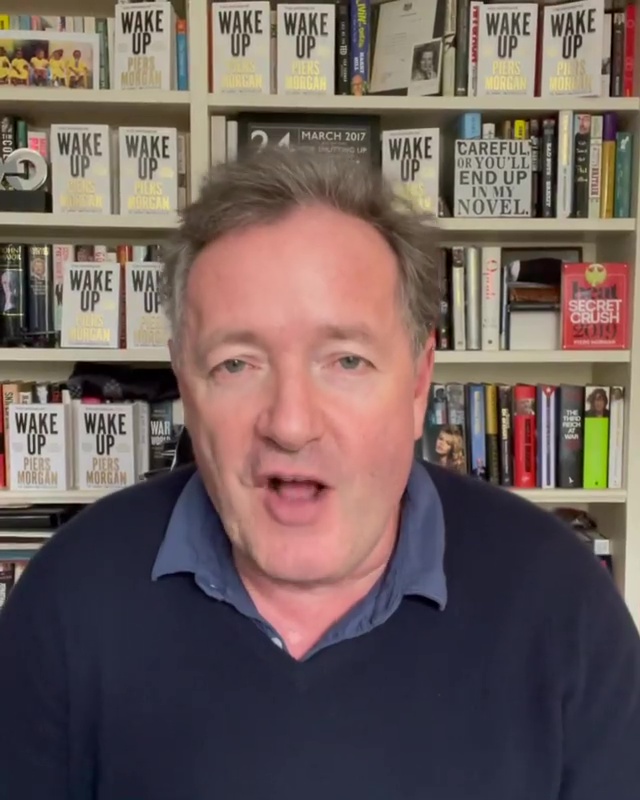 On Monday, Sheryl shared a video message from backstage of The Talk as she addressed Sharon's departure.

Speaking in the clip, Sheryl said: "It's Monday April 12th. It's time for an episode of The Talk unlike any that we've had before.

"We haven't been together in the studio since the week of March 10th and as you know, during our break Sharon decided to leave The Talk.

"We need to process the events of that day so we can get to the healing. Over the next hour, we will honestly discuss what occurred and explore some of our feelings. 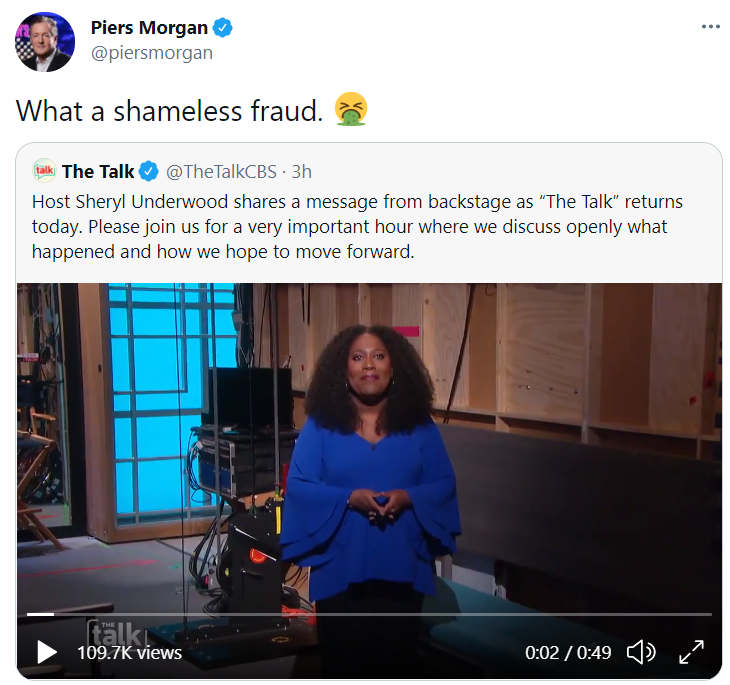 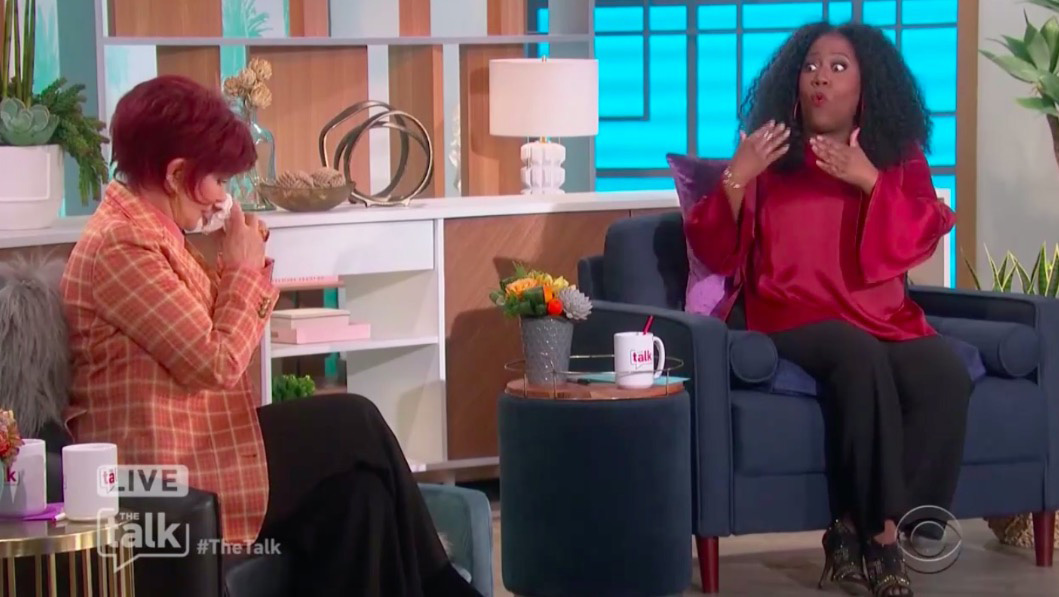 "And we'll also show you how anyone can become more comfortable discussing important issues and conversations.

"By the end of the hour, we want everyone to feel empowered and ready to move forward. So, let's starting talking."

However, Piers Morgan remained unimpressed, quote tweeting it with the comment: "What a shameless fraud." with a vomiting emoji.

On the March 10 episode, Sharon addressed her decision to stand by her longtime friend Piers, resulting in a blowout fight with co-host Sheryl. 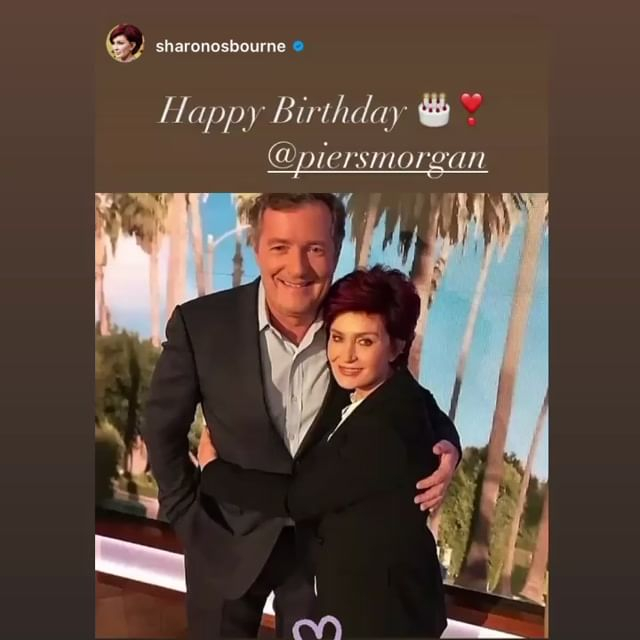 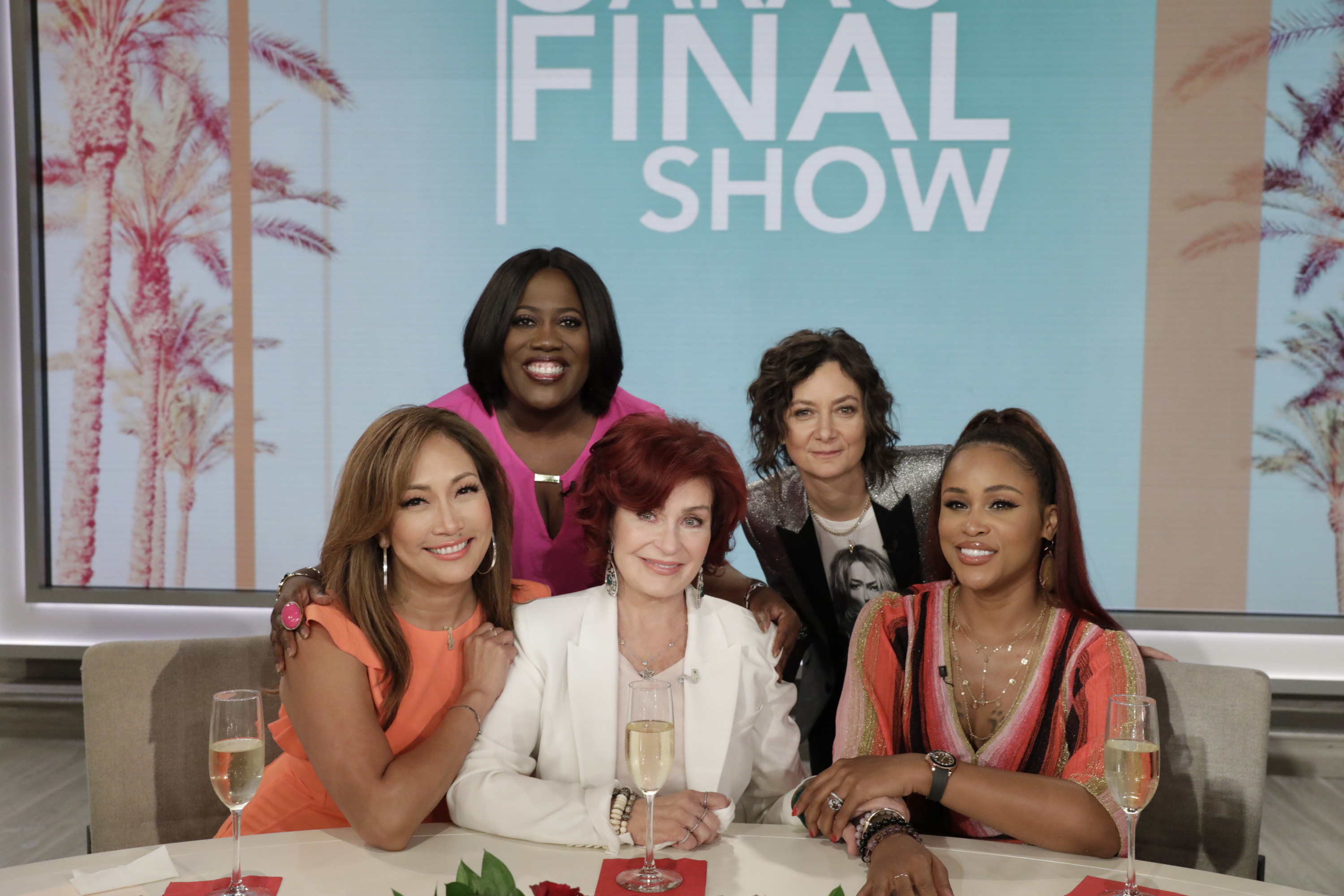 Sharon told her co-hosts on the show: “Why is it that because I supported a longtime friend and work colleague for years, people go ‘well you must be racist because he’s racist.’

“No. I support his freedom of speech. I’m not racist and neither is Piers racist. What have I ever said about anybody that’s racist? It’s not within me. It’s not in my soul.”

Sheryl claimed Piers showed “racial implications with the way he spoke about Meghan Markle” the last time he appeared on their talk show. 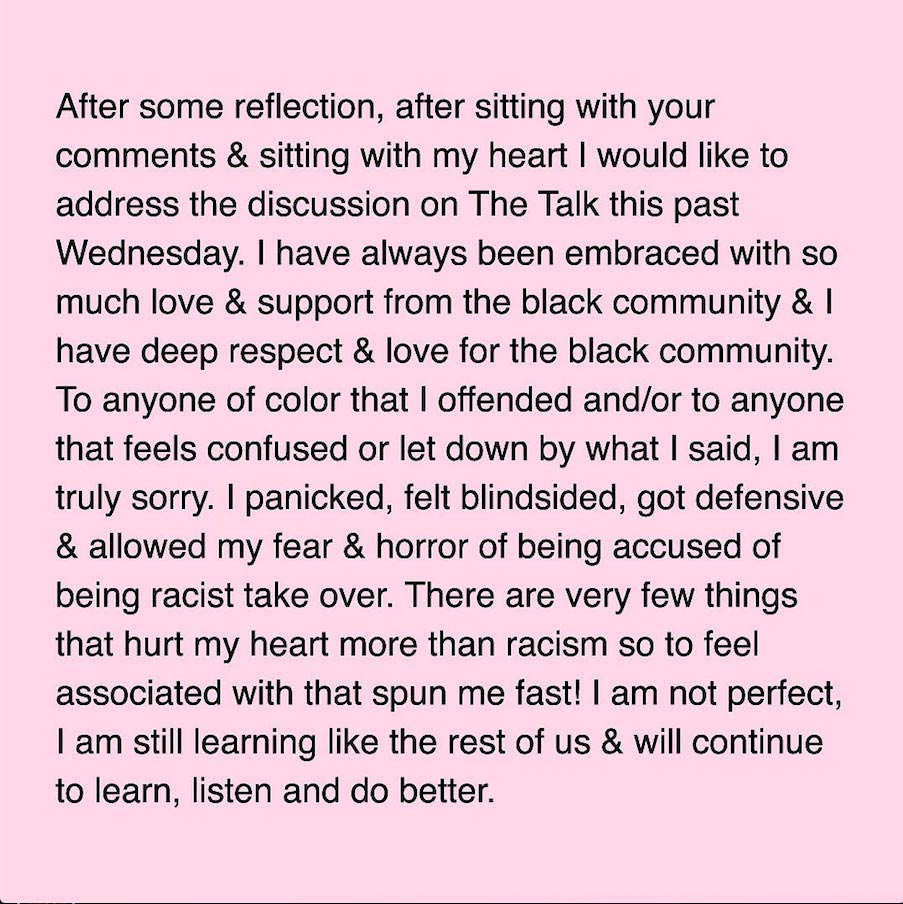 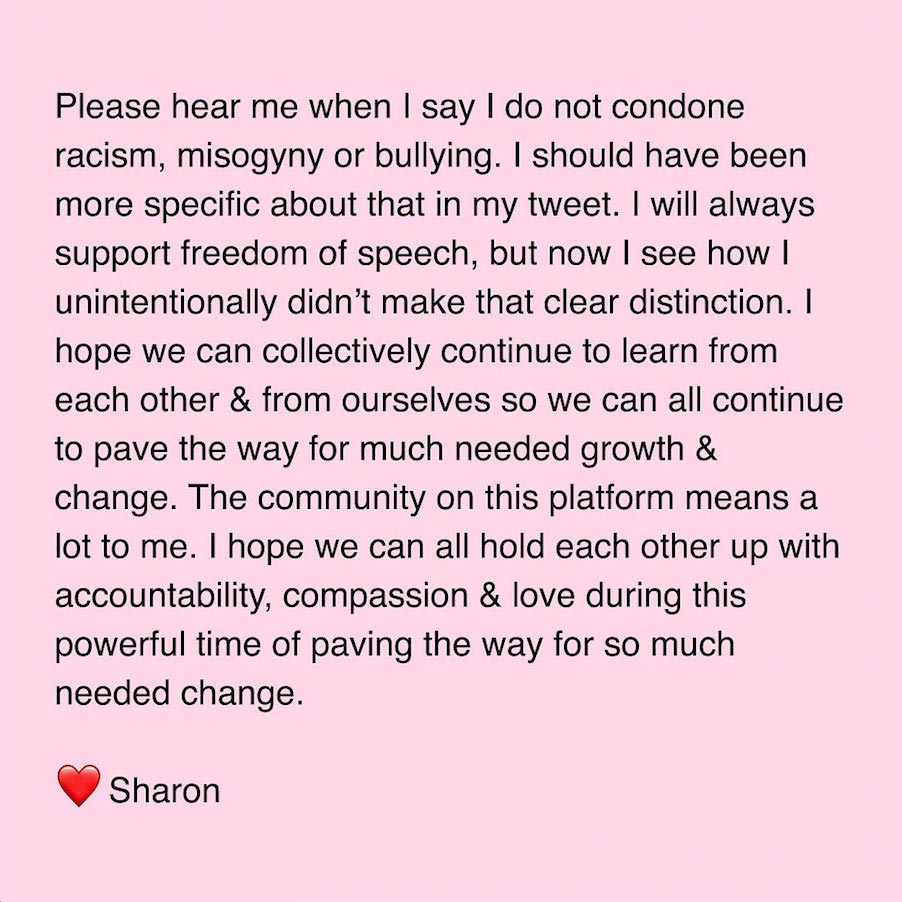 Sheryl explained: “It’s not the exact words of racism it’s the implication and the reaction to it. To not want to address that because she is a Black woman and to try to dismiss it, that’s what makes it racist.

“But right now I’m talking to a woman that is my friend and I don’t want anybody here to watch this and say we’re attacking you for being racist.”

An emotional Sharon then rolled her eyes before saying: “I think it’s too late. I think that seed’s already sewn.”

During today's episode of The Talk, Sheryl kicked it off by herself as she confirmed Sharon would not be joining them. 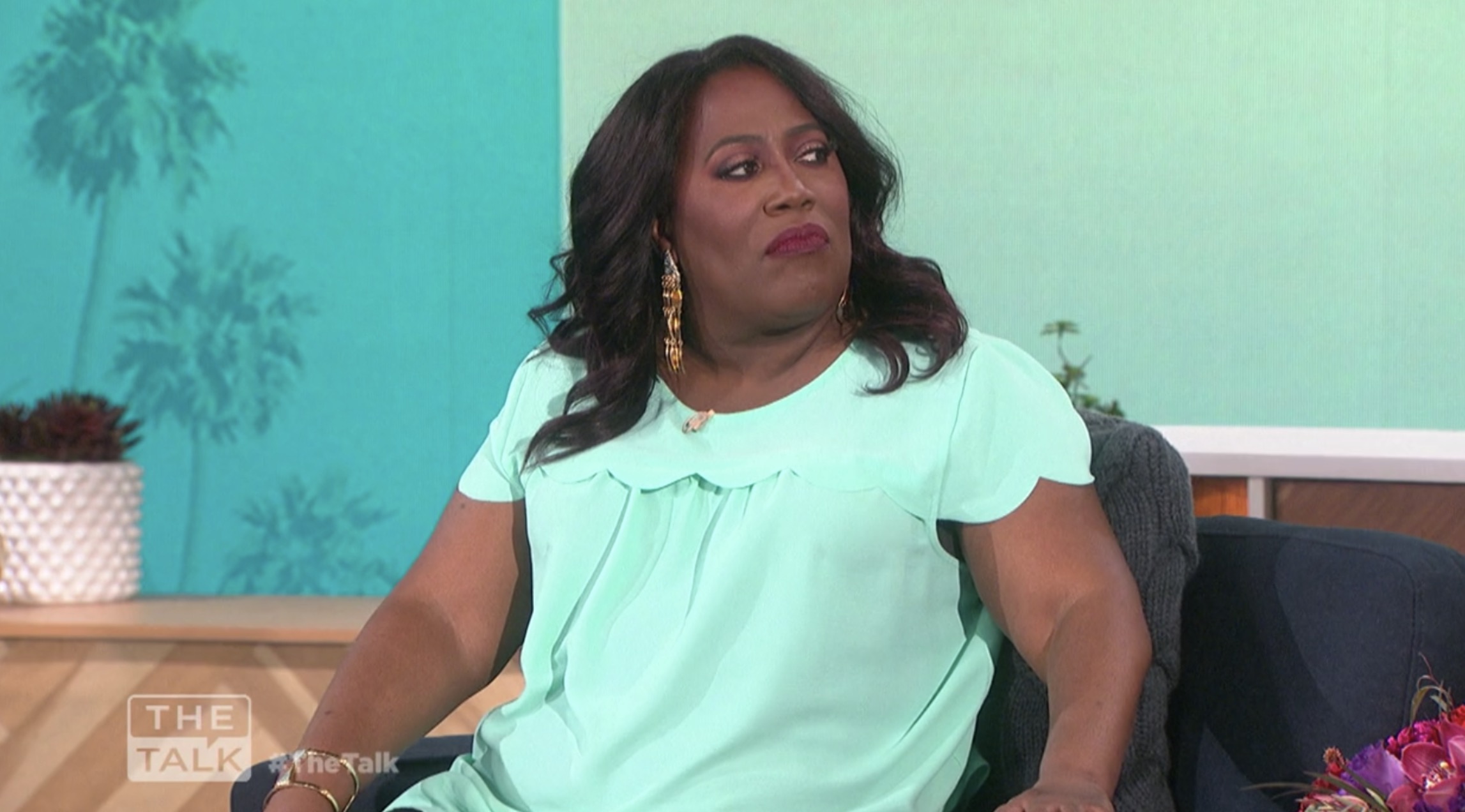 Socio-cultural analyst Dr. Donald E Grant then joined the ladies on stage to discuss how they could make the show – and the country – a safe space to discuss race issues without it escalating as it did with Sharon.

When Dr. Grant asked Sheryl how she felt coming back for the first time since the show had gone in hiatus, she told him: "I'm nervous but I'm ready.

"It's a safe space right now," she added as she looked around the room with her co-hosts.

Sheryl further commented that she really wanted to move past the "PTSD" that she suffered from that day. 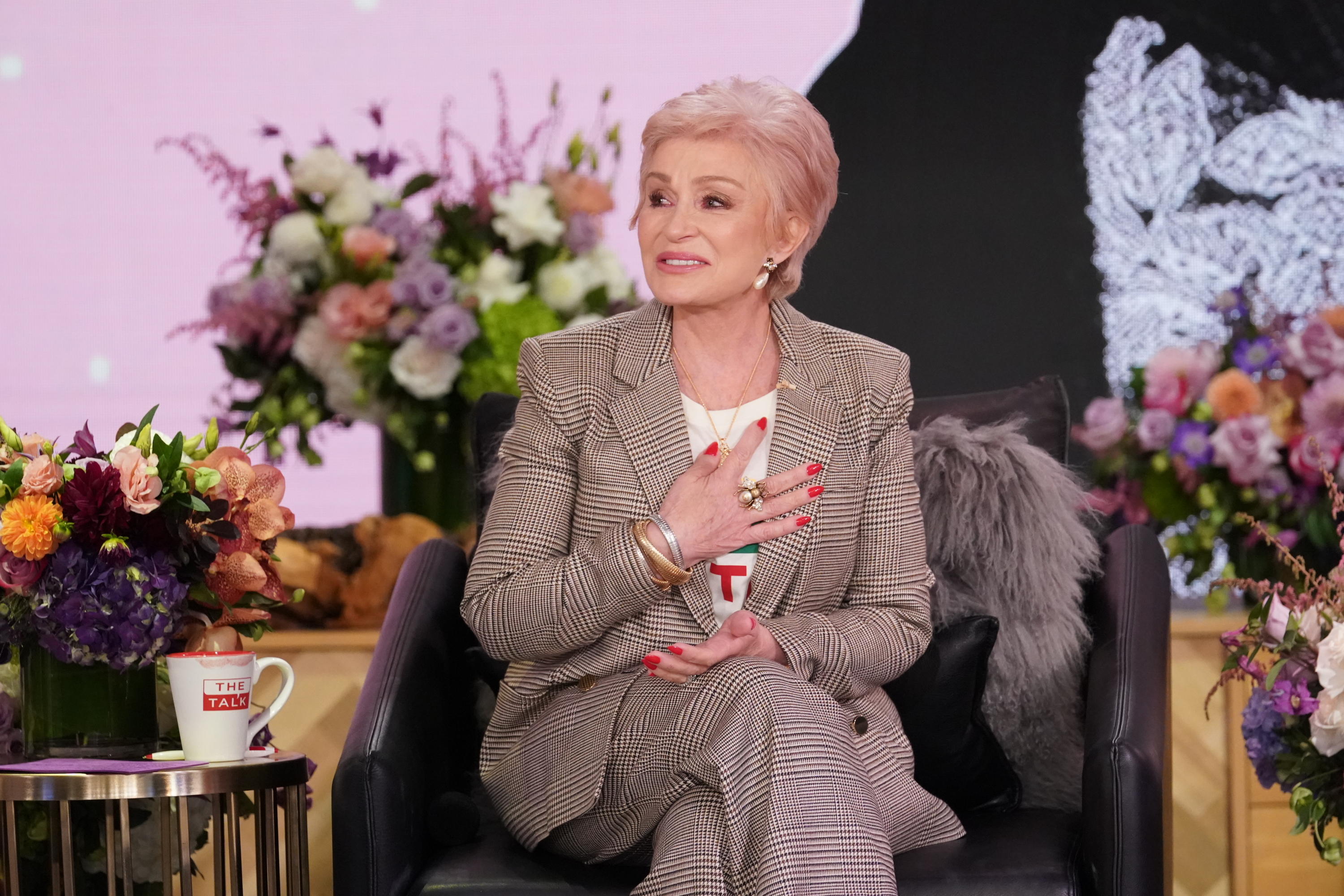 "I have not spoken to and I have no missed phone calls but I do have text messages sent to me. The reason I have not responded to those message is because there was an internal investigation happening," Sheryl added.

She did, however, reveal that she has no bad blood towards Sharon and would definitely say hello to the British star if she was to see her again because they had been friends and co-workers for over ten years.

Piers made dismissive comments about Meghan's claims to have had issues with her mental health, and even said he didn't believe she'd felt suicidal on British morning show Good Morning Britain.