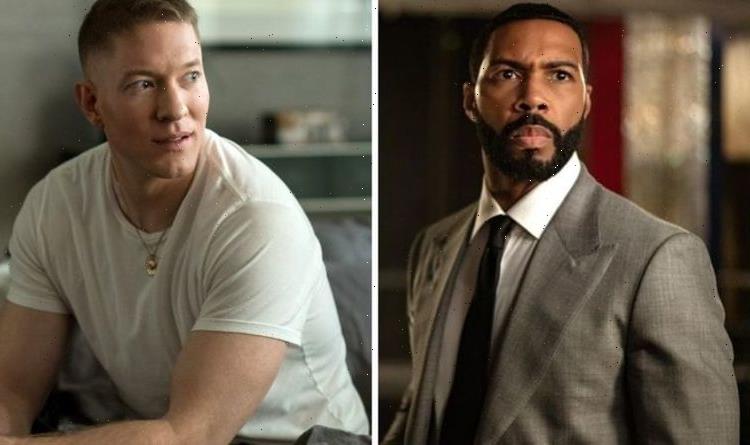 Starz’s hit crime drama Power followed the life of New York kingpin James St Patrick (played by Omari Hardwick) and highlighted the effect his crimes had on his family. Despite his tragic demise in the season six finale, fans believe he could’ve escaped his street persona as Ghost – had he killed his right-hand man Tommy Egan (Joseph Sikora).

Throughout the series, James led two lives, by the day he was a devoted family man and successful businessman and by night he went by his alias ‘Ghost’ and was on his way to become the biggest drug dealer in New York.

Working alongside him was his childhood best friend Tommy and together they killed enemies, distributed drugs and got away with a host of crimes.

Despite this, James frequently shared his desire to leave the streets behind him and continue as a businessman.

This aspiration was motivated after reuniting and having an affair with his childhood sweetheart Angela Valdez (Lela Loren), despite being married.

By season six, Angela met her demise at the hands of Tommy after her job as the government attorney for the FBI began to interfere with their drug business.

While Tommy claimed to do so in their best interest, James was heartbroken and this caused a feud between the two friends.

However, fans believe James would’ve been able to bury his alias and lead a legit life had he killed Tommy.

Taking to Reddit to share the theory was user Mikeissometimesright, who wrote: “Ghost wiping out his enemies has been a staple of the show, the major conflict of the show is James St. Patrick trying to shed the ‘Ghost’ side of him.

“Various characters have told these two to kill each other but neither had a real reason to until Tommy killed Angela.

“So if James killed Tommy, the need for the Ghost persona would die. However, the resentment from both Tariq and Tasha would be there.

“For the audience, it would make Ghost firmly an antagonist but leave enough to keep him sympathetic,” the user concluded.

While James had killed most of his enemies, the only person left who knew the true depth of Ghost was Tommy and he kept bringing crime to James, who was running for Governor before his death.

By killing Tommy, he would’ve truly been able to focus on becoming a legitimate politician and businessman.

However, he would’ve still met his demise which was at the hands of his own son Tariq St Patrick (Michael Rainey Jr).

Another viewer, darkkushy responded: “While I was frustrated with the Ghost and Tommy feud I also thought it was a great juxtaposition on other relationships that Ghost had.

“The dudes literally shot at each other and tried to knock each other off the map, but at the end of it all the bond they had was powerful and never broke even though they wanted different things, they were brothers till the end,” the user explained.

When James and Tommy became enemies, there was no holding back and fans watched on the edge of the seats as the two tried to kill one another.

However, they weren’t able to go through with it and eventually, Tommy held James as he bled out – before having to flee the murder scene.

In the series, James also opened a club to help him stay afloat for when he gave up the drug business however his wife Tasha St Patrick (Naturi Naughton) was surprisingly against it as she enjoyed the thrill and didn’t want James to go legit.

With James dead, Tasha was forced to take the blame for his death while Tariq went on to attend Stansfield University.

Power season 1-6 are available to stream on Netflix.

James Jean Adds ‘Bath’ to His Pantheon of Characters
Lifestyle