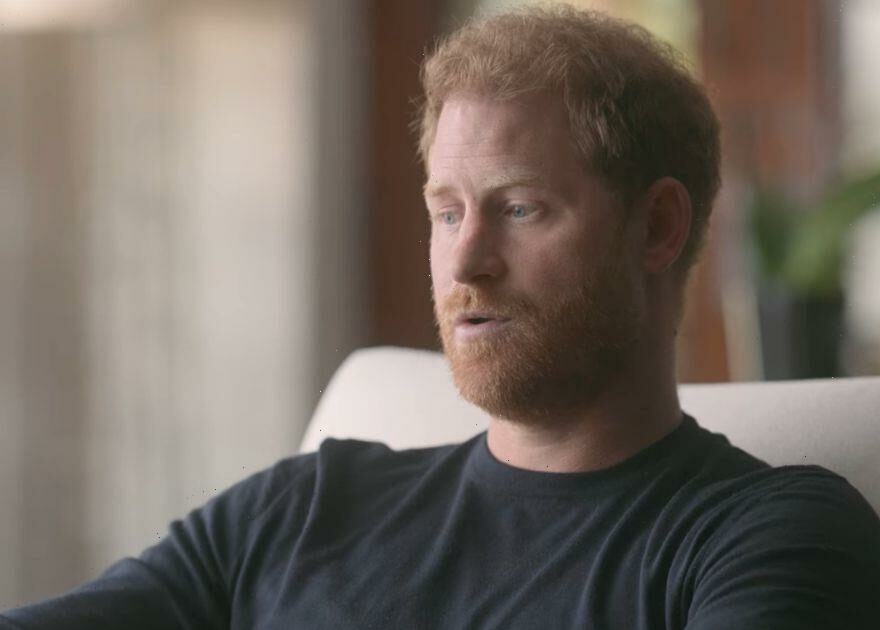 Prince Harry and Meghan Markle spoke about her battle with depression and suicidal thoughts in their latest instalment of their Netflix documentary.

The Sussexes previously spoke of Meghan's struggles after the pair left the UK for life in the US, but it seems speaking on the matter is a challenge for Harry.

The Duke of Sussex explained that he regretted the way he dealt with Meghan opening up to him about her struggles, with celebrity psychic and body language expert Inbaal Honigman noticing he is "telling his truth".

Inbaal explained: "When Harry references Meghan's suicidal ideation from early on in their married life, his hand movements are not as smooth as during the rest of his interviews. His hand jumps involuntarily, showing that he's struggling to control his emotions, and the memories are painful to him."

She explained that Harry regained his composure with his body and "regains control over the hardest emotions".

Harry then addressed his anger as Inbaal adds: "His head nods slightly, showing us he's telling his truth. He looks down, away from the camera which indicates how sad he is thinking back to that time.

"His words don't flow as smoothly as usual, and he has to take tiny breaks while he talks, to compose himself. Those pauses show us how hard he's finding talking about this time."

It was explained that as Harry says the word "angry", by closing his eyes it's a "telling moment" as he "protects himself and isolates himself".

Harry had spoken in the documentary in the challenges as he said: "I knew that she was struggling. We were both struggling," before adding: "But I never thought that it would get to that stage."

He explained that he felt "angry and ashamed", but recognised he didn't "deal with it well", and dealt with it as "institutional Harry as opposed to husband Harry".

He said he "hated himself" for focusing more on needing to be on time to the event rather than Meghan's feelings.

Meghan explained that she wanted to get help but was unable to do so.

Months after Meghan's confession to Harry the pair made the decision to leave the UK and set up life in Canada, before moving to the US as their permanent home.