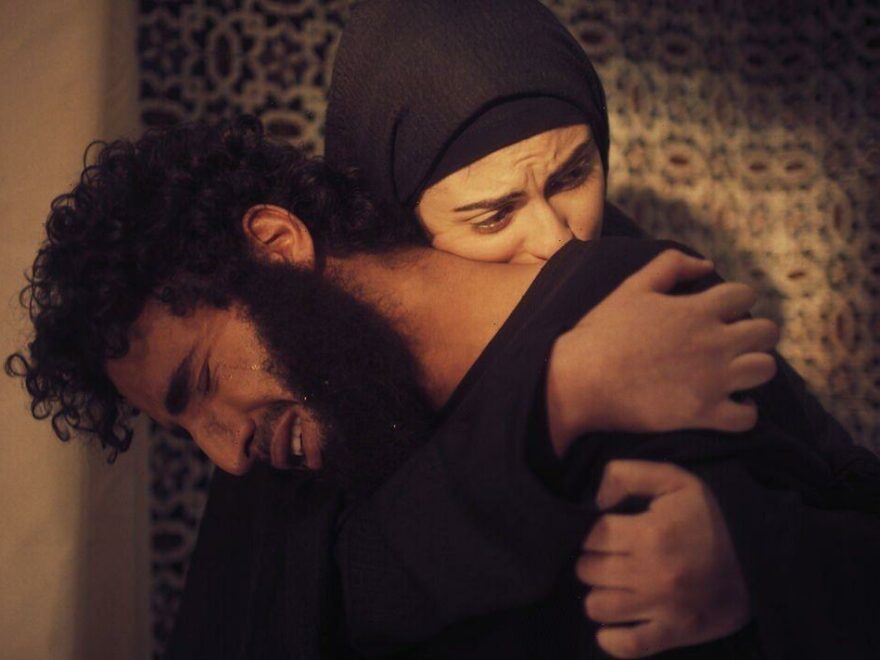 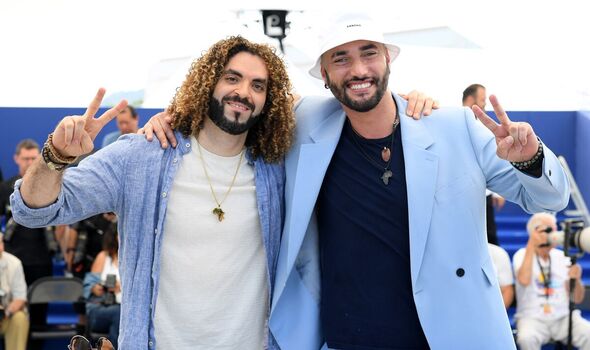 Belgian directing duo Adil El Arbi and Bilall Fallah had a turbulent 2022. After months of hype surrounding the release of their DC Comics movie, Batgirl, it was scrapped at the last minute by Warner Bros executives, never to be seen again. But, between it all, the pair released Rebel, a shining beacon of hope and realism, powerfully telling the story of a family ripped apart as two Belgian Muslim brothers leave to fight against Assad in Syria.

Speaking exclusively to Express.co.uk over Zoom before the new year, Adil and Bilall were all smiles about their recently released film. And it’s easy to see why. Rebel was a labour of love for these close friends. As Belgian Muslims themselves, they worked for eight years to bring this frightful and powerful tale to the big screen.

Long before cameras started rolling, however, Adil and Bilall endeavoured to inject the story with real-life examples of struggles that they saw growing up.

“They were my friends,” Bilall explained. “I’ve seen them leave – to Syria – around 2011, 2012, one by one [to join IS]. It was a real phenomenon. And if you see – I come from Vilvoorde – you see what happened with all the attacks in Europe, France, Belgium… it was so confronting and so hard to see.”

Both of the directors are of Moroccan descent, and they described the young adults they saw leaving to fight as “the same” as them. Bilall went on: “There’s not a lot of movies or series told from a Muslim perspective [so] we felt we had to tell this story – tell our story – from our side with all the complexity and nuances.”

He added: “That’s why I feel like this is the most important movie we’ve ever made in our career.”

Adil chimed in: “For us, it’s always a tragedy that a whole generation of these young guys the same age as us – sometimes even younger – didn’t have any perspective for the future. [They believed] that they had nothing to lose, no meaning to their lives.” He sighed: “It’s sad. Because you say: ‘What would have happened if they had found something else? A passion?’ We know people that were flirting, sort of, with that [choice] but then found a passion.”

It was important for the directors to use Rebel to show off the brutal reality of young men being recruited to demonstrate just how horrifying the experiences were – not only for the individuals but also for their families and their communities at large.

However, they also contrasted this in Rebel with the infectious ambition of the protagonist, Kamal (played by Aboubakr Bensaihi), who – more than anything – simply wanted to make music. Ultimately, however, he finds himself with a gun in his hand in a foreign country. Through the picture, this is depicted with abstract outbreaks of song and rap; music videos come to life in what Kamal’s life could have been if he had made different choices or had better opportunities.

“In those horrible moments,” Bilall said. “You have those moments of love and protection. And all of these things we wanted to tell also. It’s like showing this more soft side – and the heart – [as well as] the war and cruelty, and how the characters live through these different emotions.”

Although Adil and Bilall’s movie is touching and thought-provoking and ultimately heart-wrenching… it deals with a very real threat to their lives. The terrorist organisation they overtly depict are still at large, and as the writers and directors, they would be target number one if the organisation wanted to retaliate.

Were they worried to bring this film to big screens? “Well, there was a lot of time we doubted making this movie,” Bilall said. “And we were living in kind of fear because we were making a movie kind of about the Mafia. We know these people, they are in these organisations, and we grew up with some of them.

“This movie we made over eight years, so there were a lot of ups and downs – are we making it are we not? We felt that – especially because we are Belgian Muslims – we felt we had to. To let our voices be heard.”

Adil added: “We did our best, and a lot of people involved in the story protect us as well.”