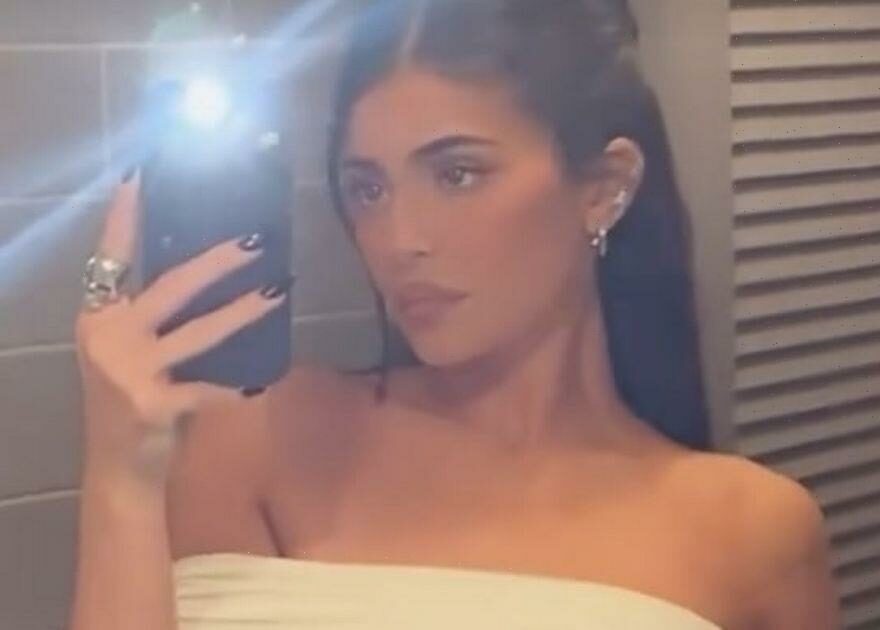 Kylie Jenner was photographed wearing Cinderella-esque camel-toe shoes as she attended a fashion show on Sunday.

Kylie, who recently attended another fashion show wearing the head of a lion, is no stranger when it comes to taking fashion risks and pushing the boat out further than what’s expected of the super glam Kardashian clan.

On the weekend, the billionaire businesswoman attended Maison Margiela’s Paris Fashion Week show, where she was pictured in a baby blue tulle coat on top of a creamy white minidress.

While the entire ensemble was undeniably gorgeous, the mum of two also donned sparkly blue camel-toe shoes, which some people love, and others hate. While the shoe style has a long and international history, they were popularised back in 1988 when Martin Margiela presented his debut collection, according to Vice.

Since then, the shoes have become synonymous with the brand and have been worn by some of the world’s biggest celebrities.

The style actually dates back to 15th century Japan where construction workers used the separated toe to hold onto ladders while working.

Camel-toe shoes have also been worn by the likes of Chloë Sevigny, who chose to pair the white version with jeans and an oversized pastel blue coat.

But that doesn’t mean there aren’t lads out there also rocking the camel-toe shoe, as seen when Nick Jonas wore a pair in coral while attending the Fashion Awards in 2021 with his wife, Priyanka Chopra.

This comes after Kylie revealed the name of her son, initially called Wolf, whom she shares with rapper Travis Scott.

“FYI our son's name isn't Wolf anymore. We just really didn’t feel like it was him. Just wanted to share because I keep seeing Wolf everywhere," the couple said at the time.

She has now revealed that her 11-month is called Aire, which has Hebrew origins, and means “Lion of God.”

But some fans have found an issue with the name as it means something entirely different in the Middle East.

Beneath a gallery of the little tot, one fan wrote: “I wish you did research beforehand. In some Arab countries, his name means penis.”

A second added: “God help her if she comes to the Middle East.”

“Aire in Arabic is pronounced as ayre aka d**k…poor Kylie,” another person wrote on Twitter, with someone else also penning, “As an Arabic speaker, I couldn’t help but giggle at the name of Kylie’s son."

Maybe the A-list couple should have stuck with Wolf Jacques after all.