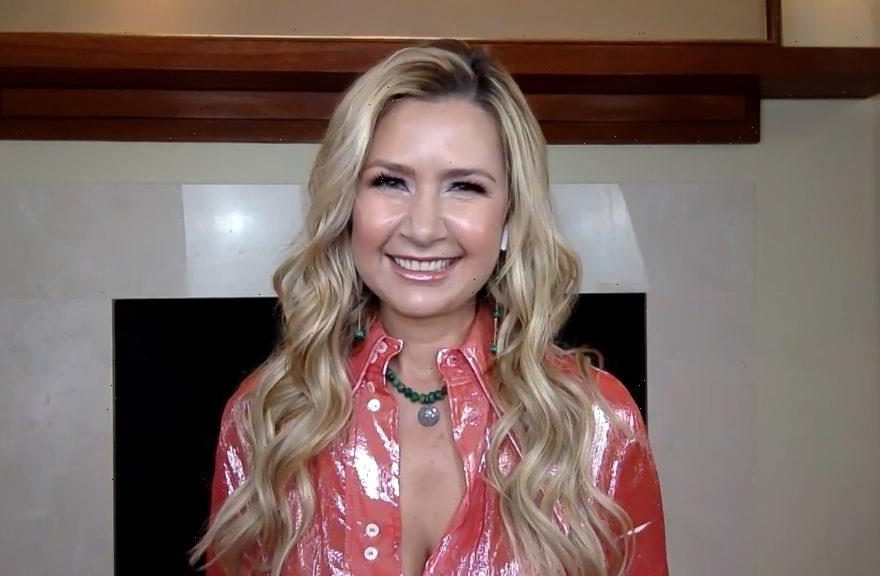 The Real Housewives of Dallas star Kary Brittingham poked fun at D’Andra Simmons for fearing she would catch COVID-19 during season 5, which she eventually did. A few months later, Brittingham also came down with the novelty virus, reportedly resulting in her virtual appearance at the reunion.

Last season, Mexico native Kary Brittingham joined the cast of The Real Housewives of Dallas and invited the ladies to visit her home country. She quickly bonded with most of her cast members but couldn’t seem to get on the same page with LeeAnne Locken.

After learning that Locken made racially insensitive comments about her, Brittingham confronted her, and Locken ultimately left the cast.

She returned for season 5 as the center of every party, making sure she and the others had fun, although she later discovered her daughter had a hard time dealing with depression.

The 50-year-old began to rub a few of her cast members the wrong way when she went too far and crossed the line. Additionally, she and D’Andra Simmons, who were very close, had a falling out when the holistic company owner didn’t appreciate how Brittingham spoke to her.

Tension began building between Brittingham and Simmons when the latter expressed her concerns about catching COVID-19 during a season 5 episode of RHOD.

The 50-year-old called her a friend a “hypochondriac” and continued to poke fun of her, which Simmons didn’t like. They also teased Brandi Redmond for possibly catching the virus following her Florida vacation.

However, Simmons ended up coming down with it, resulting in a hospital stay. A few months after filming, and only a few weeks before the fifth season premiered, the Ultimate Living owner noted she woke up with a temperature following Christmas Day 2020.

After visiting with her doctor, Simmons learned she contracted the novelty virus. Her representative released a statement explaining the 50-year-old, who had low oxygen levels at the time, was admitted into the hospital, where she started an antiviral drug.

A month later, the RHOD star opened up about her experience in a Hollywood Life interview and noted she stayed in the COVID ward and needed three nurses.

In Apr. 2021, the cast reunited for the staple reunion hosted by executive producer Andy Cohen. However, two ladies, Brittingham and Redmond, will appear virtually, not in person.

According to the Real Housewives Franchise blog, the 50-year-old tested positive for COVID. Because Redmond sat next to Brittingham on the plane to New York for the reunion, producers advised her to appear virtually to follow protocol.

To date, Redmond seemingly hasn’t produced a positive test. A week later, the jewelry company owner opened up about her diagnosis with an Instagram post.

Underneath a posed photo of her holding her dog in front of a bush filled with roses, the RHOD star explained she’s back home and noted she had a “very mild COVID-19 experience.” She also thanked those who checked on her daily when she wasn’t feeling well. The Real Housewives of Dallas airs Tuesdays at 9/8 Central on Bravo.