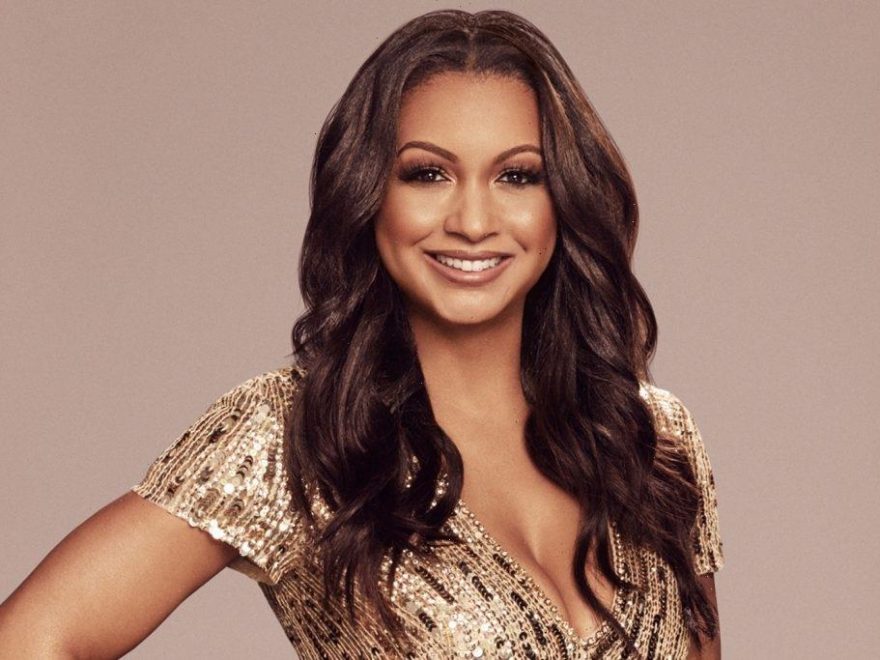 Eboni K. Williams is the newest star of The Real Housewives of New York City. The attorney has been a great fit with the ladies of the Big Apple, however, things got a little tense during a trip to the Hamptons. As the housewives were discussing proper etiquette, there was a blowup between Williams and Luann de Lesseps. After the episode aired on Bravo, Leah McSweeney confirmed that Williams is taking some time off of social media.

Why did Eboni K. Williams and Luann de Lesseps get into a tiff?

The RHONY stars took a trip to the Hamptons where Ramona Singer is hosting all of the cast on a getaway. Things have been tense between Singer and McSweeney who continues to use vulgar language to Singer’s detriment. McSweeney points out that all the women on the show are liberal when it comes to sex and using sexual terms should not be a big deal.

During a lunch at De Lesseps’ place, things heat up when Singer tells McSweeney that not even her daughter uses the type of language she uses. This comment makes McSweeney burst and Williams stands up for her friend who ends up leaving the table where they were dining.

De Lesseps takes on Singer’s side and tries to explain to everyone that the latter takes offense to sexual terms because of the religious setting she grew up in. At one point during the argument, the Countess also talks about education. Williams points out that she has multiple degrees and education has nothing to do with it. De Lesseps seemingly took offense to Williams telling her she has more degrees than her.

As Williams tried to make sense of the situation and have the other ladies understand where McSweeney was coming from, De Lesseps makes a comment about her anger. The “angry Black woman” stereotype is triggered which didn’t sit well with Williams.

After the latest episode aired on Bravo, McSweeney took to social media to give an update. The Married to the Mob founder thanked Williams for standing up for her during the lunch after she had left.

“Thank you for holding me, standing up for me, and being there for me in every way,” McSweeney shared on Instagram. “You are a gem. [I love you so much]. No one could ever.”

The fashion designer also broke some news on Williams revealing that she was “taking some time off from social cus the next couple episodes are heavy (and let’s be real, this platform can be toxic af) but as she said in her live, she will be back.”

As McSweeney said, Williams would be taking a break from social media as the next RHONY episodes will delve into the fallout from what happened on the latest episode. After McSweeney made her post, Williams received so much love from Bravo fans.

“Love you ladies and your real af friendship,” a fan replied.

“We STAN Eboni’s personality and not letting anybody step on her,” a follower added.

“You and Eboni are the best thing to happen to RHONY,” a viewer mentioned.

“You two were spot on but the others were abhorrent, especially the ‘Countess.’ She’s got a lot of nerve calling anyone out for anything ‘trashy’ after hitting a cop drunk and going to jail,” another fan noted.