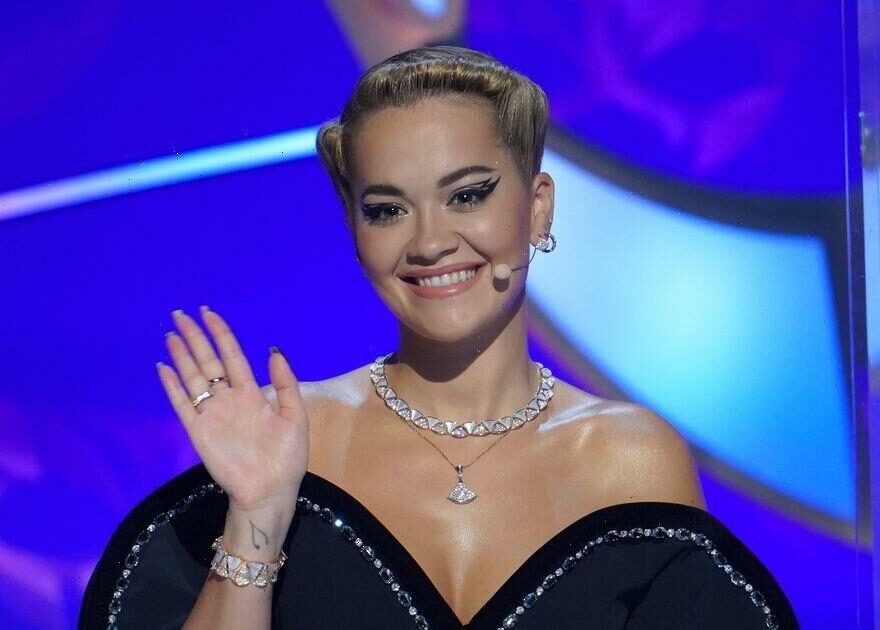 Rita Ora is no stranger to stealing the show when it comes to her outfit choices for The Masked Singer.

The Hot Right Now songstress, 32, has sat on the judging panel since the ITV programme first aired in 2020 and returned for its fourth season alongside Jonathan Ross, Mo Gilligan and Davina McCall.

The four judges are currently attempting to unmask this year's the mystery line-up after first hitting the stage on New Year’s Day.

As the new series continues, Daily Star has looked back at some of Rita's sexist outfits so far, from sheer ensembles to "revealing" necklines.

Rita looked simply stunning as she slipped into a fitted white dress during series three of The Masked Singer.

Dazzling ITV viewers, the Fifty Shades of Grey actress stole the show in the glamorous ensemble which boasted one-shoulder and exposed her impressive array of arm inkings.

The TV star's skintight dress was cut on the left side, but elegantly sailed all the way down to her boots.

Layering on the accessories, Rita sported a chunky gold bracelet and silver necklace alongside a pair of sparky earrings perfectly visible as she swept her tresses into a sleek bun.

The songstress opted for a glamorous palette of makeup including smoky eyes and rosy lipstick.

To mark the final of the second series of the ITV show, Rita slipped into a stunning black ensemble which featured a deep v-cut neckline in a sweetheart style.

The black figure-hugging dress clung to her curves and cinched in her tiny waist, accentuating her gym-honed physique.

With a jewel-encrusted neckline adding an extra dose of sparkle, the performer commanded attention in the cleavage-baring outfit – which some fans labelled "revealing".

She wore her hair in a sleek quiff, with a glamorous full face of makeup including double winged liner.

Ahead of the semi-final of The Masked Singer 2022, Rita ramped up the heat as she slipped into a shimmering gold gown.

Sat alongside her fellow judge Jonathan Ross in the backstage snap, the singer-songwriter pulled a sultry gaze for the lens as she prepared to unmask the next celeb.

Her eye-catching garment also boasted eccentric milkmaid sleeves as well as a collar held in place by a dainty string tied up into a bow.

Keeping in line with her outfit tone, she added a dainty gold necklace as well as a chunky gold bracelet and several gold rings.

One of Rita's sexist looks was no doubt this teeny little black dress during the first series of the ITV programme.

The show-stopping number exposed her incredible toned pics, ensuring all eyes were on her as it sat firmly above her peachy behind.

The figure-hugging frock highlighted Rita's killer curves and was adorned with silver embellishments in the shape of diamonds.

The eye-catching ensemble boasted elaborate shoulder pads as well as long sleeves and a high neckline.

Rita wore her she wore her blonde locks straight and in a bob style and opted for heavy lashings of makeup to accentuate her natural beauty.

Showcasing her chic sense of style, Rita sported a leather blazer dress for a stint on the judging panel back in 2021.

Parading her endless pins, the Poison hitmaker made heads turn in the ravishing red ensemble which sinfully slashed at her thighs.

Oozing sex appeal, Rita teamed her double-breasted garment with a pair of black stilettos and tied her locks up into a stylish bun.

With both hands on her hips, the Let You Love Me singer allowed her gym-honed physique to take centre stage and added plenty of jewellery to the glamorous look including some dazzling rings, bracelets and earrings.

Rita pulled out all the stops for the grand finale of The Masked Singer in 2022.

The chart-topping beauty looked nothing short of sensational in a semi-sheer black dress which featured elaborate beading across the front.

The fitted garment cinched her in at the waist before falling into an elegant skirt, perfectly showcasing her enviable curves and flashing her toned pins.

Sweeping her trademark blonde hair in a sleek up-do, Rita left two bits hanging down to frame her face.

She enhanced her natural beauty with a low-key makeup look that complemented her outfit perfectly, showcasing her sheer neckline.