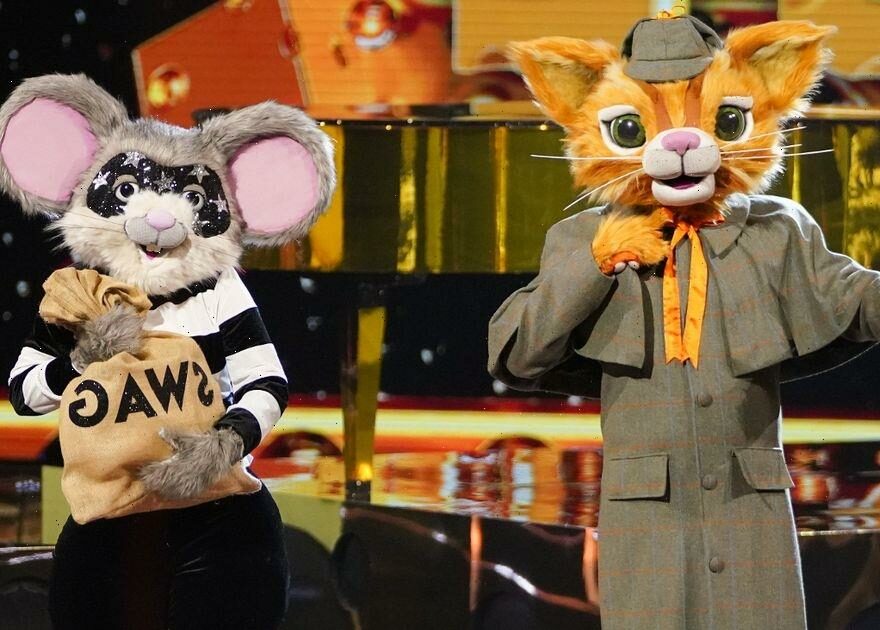 The Masked Singer's first ever double act, Cat & Mouse have been unveiled as Martin and Shirlie Kemp – in what Davina McCall described as "the best reveal ever".

Despite all receiving huge amounts of praise from the panel, it was Knitting and Cat & Mouse who were forced to battle it out in the sing off.

After deciding that Knitting deserved to continue their journey in the competition, the show's first ever double act were revealed as the married duo – much to the shock of the judges.

The former Big Brother star screamed: "That is the best ever!," as co-star Mo echoed: "That is my favourite ever surprise!"

The comedian voiced his annoyance as he recalled writing Celebrity Gogglebox down in his notes, failing to realise that it was his co-star all along.

Asked if their son, Roman Kemp knows that they have taken part, Shirlie confessed: "No this is going to embarrass him. Most people say they are doing it for their kids."

Martin added: "We're doing it to embarrass them."

The former soap star admitted he thought the judges would be able to guess their identity after making a link to EastEnders.

Asked by host Joel Dommett if they enjoyed their time in the competition, Martin exclaimed: "Yeah, so much," before his wife chimed in: "It's been amazing! I've never done anything so nerve wracking in my life."

Voicing once again how shocked she was, Davina told the duo: "That was the best reveal ever. You blew my mind!"

Minutes after the pair were unmasked as his parents, Roman took to social media to share his shock.

The Capital FM star wrote: "I JUST SHOUTED THE PHRASE “TAKE IT OFF” TO MY PARENTS I CANT UNDO THAT #MaskedSingerUK."