EXCLUSIVE: Lionsgate has attached Riverdale and I Still Believe star KJ Apa to star in West Pointer, a drama written and to be directed by Rod Lurie. Deal was put together by Erin Westerman, President of Production for the Lionsgate Motion Picture Group. 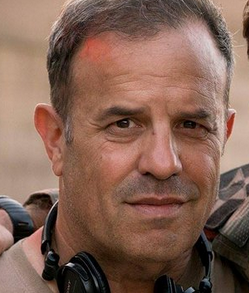 Pic is set against the backdrop of the prestigious United States Military Academy at West Point. Apa plays a cocky plebe who graduated top of his class in high school but now must learn to navigate and compete at a storied place where every student was also the best in class.

Lurie writes from experience; he is a 1984 graduate of the United States Military Academy at West Point and went on to serve for four years as a Combat Arms officer in the U.S. Army. The production will seek permission to shoot at the legendary campus.

Lurie will produce with his longtime producing partner Marc Frydman, along with Matt Luber, and Mike Weber. Apa will be exec producer.

“Ever since I was a cadet I daydreamed about one day making a movie set at West Point, which I believe to be the greatest college in the world,” Lurie said. “As they say, the history they teach there was made by the men and women they taught. A motion picture has not been shot at the Academy since the 1950s. It would be the honor of a lifetime to be granted that permission. I want the world to learn what I know about my alma mater.”

Said Lionsgate’s Westerman: “We’re huge fans of KJ’s talent, and had a great experience working with him and his team on I Still Believe. This project is a perfect fit for him as a star, and we’re thrilled to be developing it with Rod, who envisions a film that captures what happens in a class of the world’s most elite military academy, where our best and brightest young people are supposed to be molded into tomorrow’s leaders.”

Apa most recently starred alongside Sofia Carson in the pandemic thriller Songbird from producer Michael Bay. He is currently in production on the fifth season of Riverdale, playing Archie Andrews. Apa’s other film work includes The Last Summer, The Hate U Give, and A Dog’s Purpose.

Lurie most recently helmed The Outpost and before that The Contender, The Last Castle and Nothing But The Truth. He also created the series Commander In Chief, which starred Geena Davis as first U.S. president.