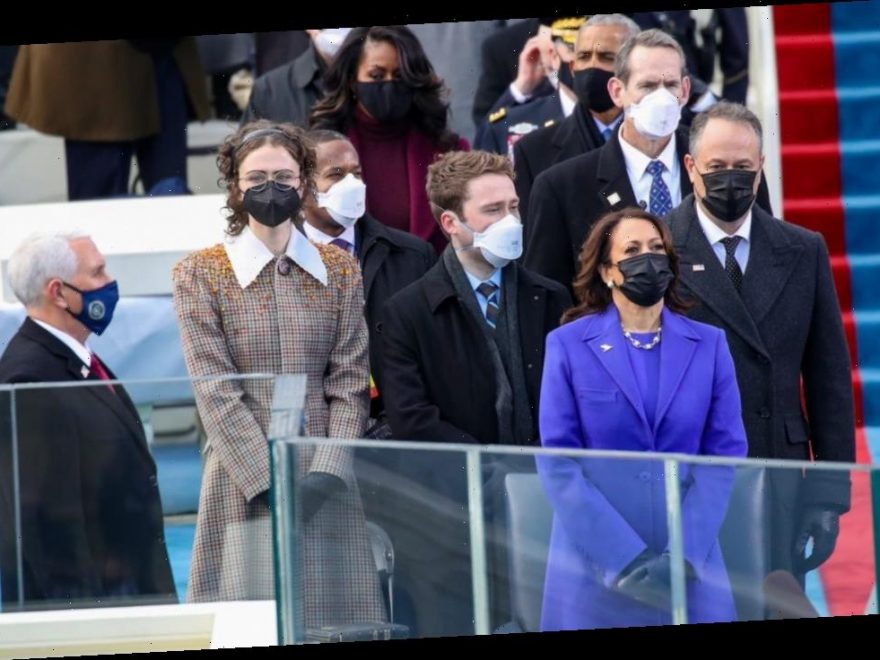 Vice President Kamala Harris is a frequent subject for Saturday Night Live sketches. The VP was feautred in a sketch on SNL about her family’s Passover dinner on March 27. The sketch included Harris, her husband Douglas Emhoff, and other known politicians. However, one person had an issue with the sketch. Harris’ stepson Cole Emhoff wasn’t a fan and he made his opinion loud and clear.

Emhoff is known for being the stepson of Vice President Harris and his dad Douglas. But he’s also making a name for himself in the entertainment industry, just like his father.

Instead of taking the entertainment attorney route, though, the younger Emhoff has other passions. He worked at the agency William Morris Endeavor (AKA WME) and for Brad Pitt’s production company, Plan B Entertainment.

It’s clear that his aspirations are more behind-the-camera, as opposed to his younger sister Ella who is a signed model. The model in the family has become a media darling already. She’s loved for her bold fashion choices and Bushwick, Brooklyn life away from Washington, D.C.

Because of Ella’s national spotlight, she was a prime candidate to parody during the most recent Saturday Night Live sketch. This clip showcased the Harris-Emhoff family.

Maya Rudolph returned to Saturday Night Live on March 27 to reprise her role as VP on the NBC show. She portrayed the first woman Vice President with her family celebrating the Jewish holiday of Passover. Her husband is Jewish, which the sketch called out by calling Emhoff a “Semitic smoke show.”

“This has been a difficult year for all of us, but I really do feel we are about to see some light,” Rudolph said as Harris. “And what better night to celebrate a new beginning than Passover? Or as my adopted people call it, Pesach. That’s why it’s time for ‘A Kamala Harris Unity Seder.’”

The sketch revolved around the Vice President welcoming many into her home for a shared meal on Passover. Douglas Emhoff, Ted Cruz, Ella Emhoff, Senator Raphael Warnock, President Joe Biden, and more appeared throughout the sketch.

But one person was missing from the Saturday Night Live clip: Cole Emhoff.

Emhoff took to his Twitter account that Saturday night to address his absence from the Saturday Night Live sketch.

“How you gonna leave me out of my own fam dinner,” he asked, tagging the SNL Twitter handle. The younger Emhoff man was clearly joking, showing off his own humor regarding his family’s rise to fame.

A fan replied: “Poor Cole, @NBCsnl why you do him like that?”

Another person commented, “Give them time. Keep your sense of humor.”

Luckily, the Emhoff son has at least four more years to be parodied plenty on SNL.