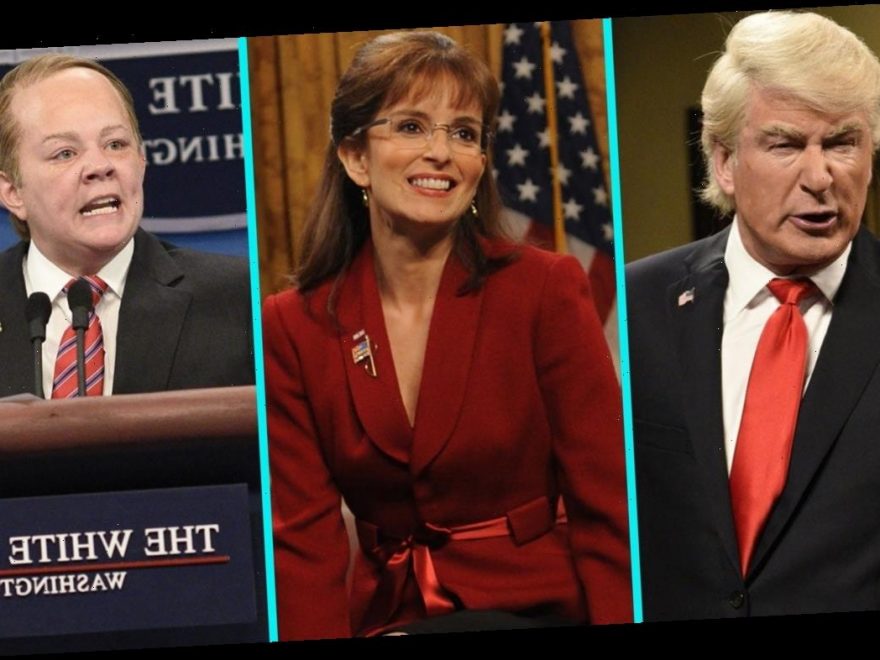 Political satire has always proven to be ratings gold for Saturday Night Live, especially during an election year. This has been doubly true when they’ve tapped guest stars to make high-profile celebrity cameos. Over the past few seasons, some of Hollywood’s biggest names — including Alec Baldwin, Brad Pitt, Jim Carrey and Scarlett Johansson — have hit the Studio 8H stage with their best take on divisive political figures.

In recognition of the headline-grabbing guest stars who have stolen the spotlight, ET is taking a look at all the best, most memorable and most surprising SNL political impressions — specifically from performers who weren’t cast members, or at least had already left the show and returned for a spotlight-stealing cameo. 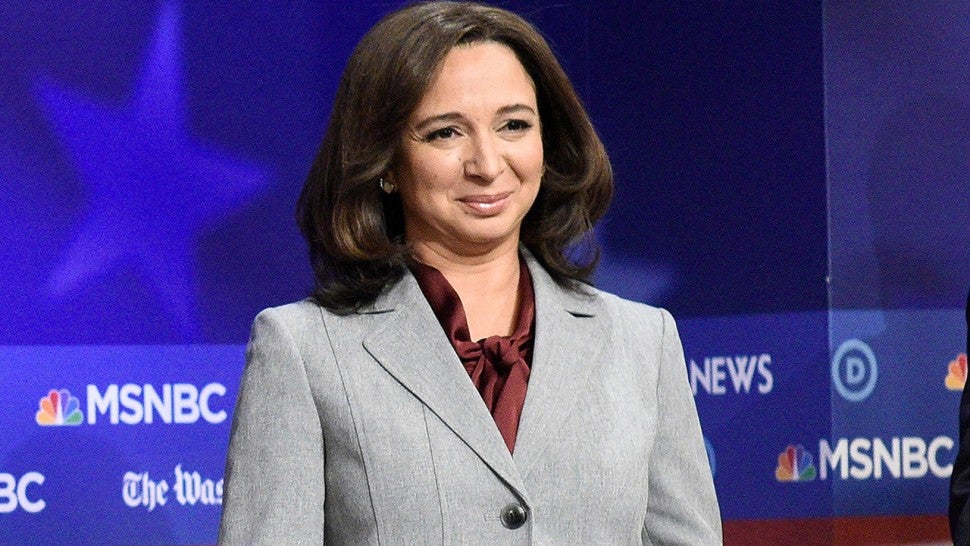 During her time as an SNL castmember, Maya Rudolph delivered a number of memorable political impressions, playing Condoleeza Rice, Michelle Obama and Omarosa, among others. However, it was her guest cameo as Kamala Harris in a presidential debate sketch in Season 45, long after she left the cast, that captured people’s attention. Her take Harris was celebrated even by Harris herself, and it earned her an Emmy Award for Outstanding Guest Actress in a Comedy Series. 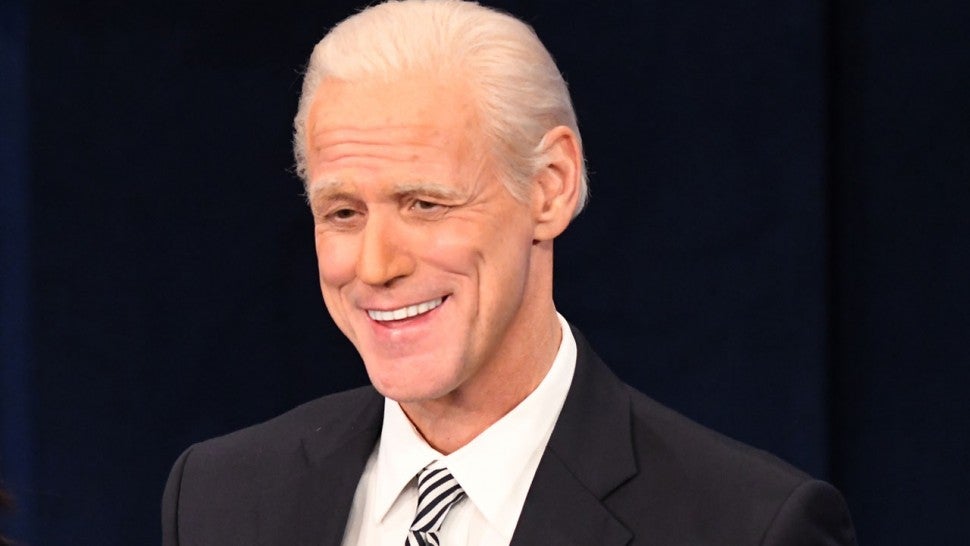 The role of Joe Biden has been played by numerous cast members and guest stars, but shortly before the start of Season 46, after Biden secured the Democratic party nomination, it was announced that Jim Carrey had signed on as a recurring guest star to portray the 77-year-old politician. Carrey brought his signature manic energy and mastery of physical comedy to Studio 8H to play Biden in the first six episodes of the season. It’s unknown how long Carrey plans to play Biden in the future. 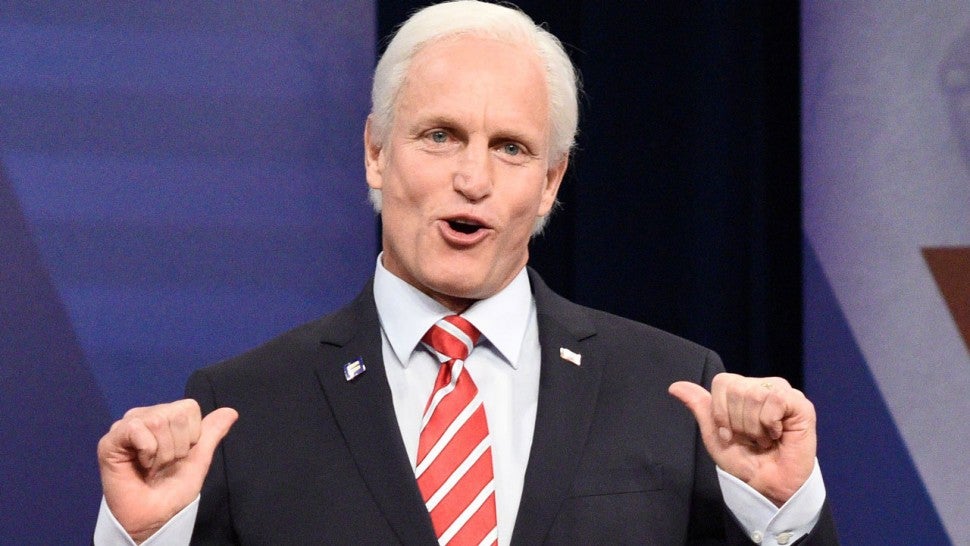 Before Carrey, Woody Harrelson had been tapped to play Biden in several sketches lampooning the Democratic primary debates. The first time Harrelson took on the role, he was serving as the episode’s host — which is par for the course. What was unusual was when Harrelson was asked to return several times to play the part. The seasoned actor and SNL vet brought a quiet, confused brilliance to his nuanced performance of the veteran politician prone to public gaffes. According to Harrelson, Lorne Michaels tapped Carrey to play Biden because of scheduling conflicts, although he told NME that he’d love to play the part again in the future if the opportunity arose. 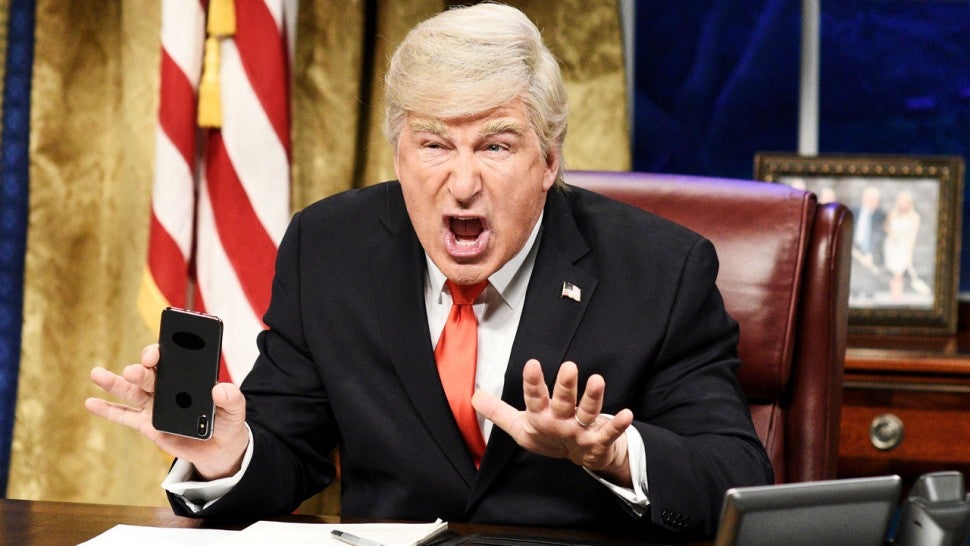 When Alec Baldwin was tapped to play Donald Trump, it was a high-profile gambit that paid off big for SNL and proved to be a rating bonanza. Baldwin first portrayed Trump during the season 42 premiere, in a cold open mocking the first presidential debate between himself and Kate McKinnon’s Hilary Clinton in October 2016. After Trump’s unexpected victory, Baldwin continued playing him throughout his term in office, guest starring as the controversial president in 38 episodes and counting.

Will Ferrell as George W. Bush 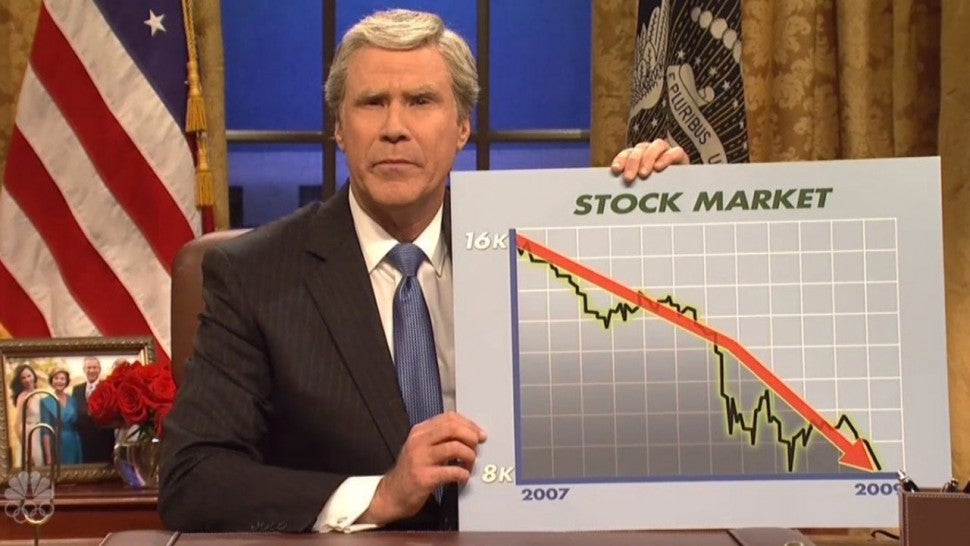 After playing George W. Bush time and time again while serving as a castmember, Will Ferrell returned to SNL to reprise the role twice after his departure — first in 2015, when Ferrell’s Bush said he would be running for president yet again, because of how unpopular all the republican candidates were at the time. He again played Bush in a cold open in 2018, where he compared his unpopular presidential legacy to the one being forged by Trump. 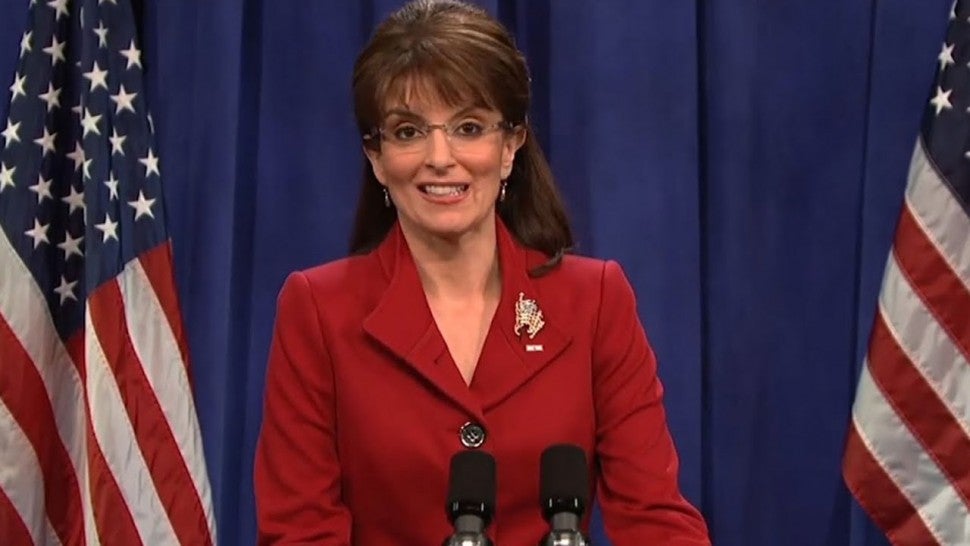 When Tina Fey first debuted her impression of Sarah Palin in 2008, SNL fans went wild for Fey’s unexpectedly fantastic portrayal. The physical similarities between Fey and Palin had already been pointed out by fans and even political pundits, so when she made her first appearance, alongside Amy Poheler’s Hilary Clinton, it was the culmination of a lot of speculation. 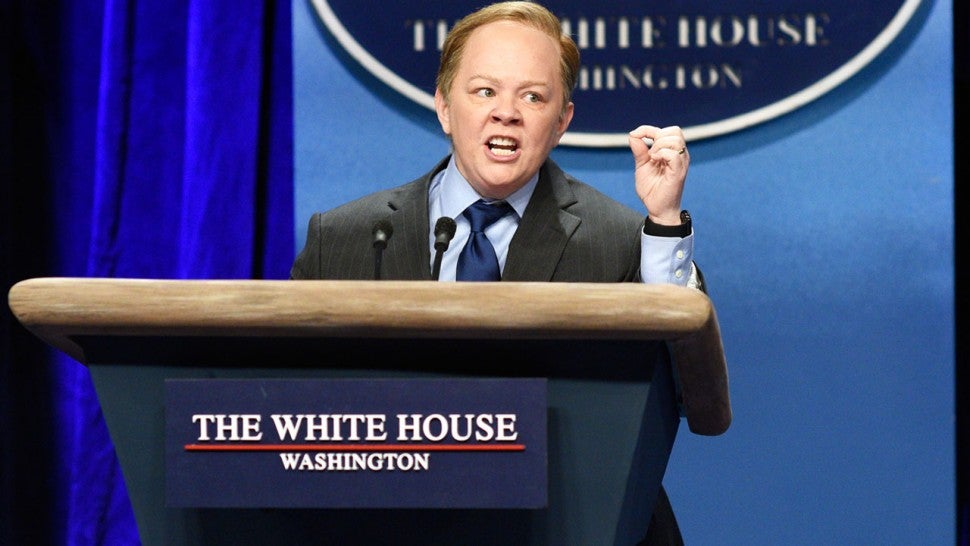 In a surprising move, Melissa McCarthy’s appearance as White House Press Secretary Sean Spicer was entirely unannounced and unexpected — and, it didn’t even come in the episode’s cold open. Instead, McCarthy made her surprise cameo during a sketch following host Kristen Stewart’s monologue, and stunned everyone with her brilliantly over-the-top portrayal of the mercurial Spicer. She would go on to portray Spicer several more times until the press secretary’s eventual termination. 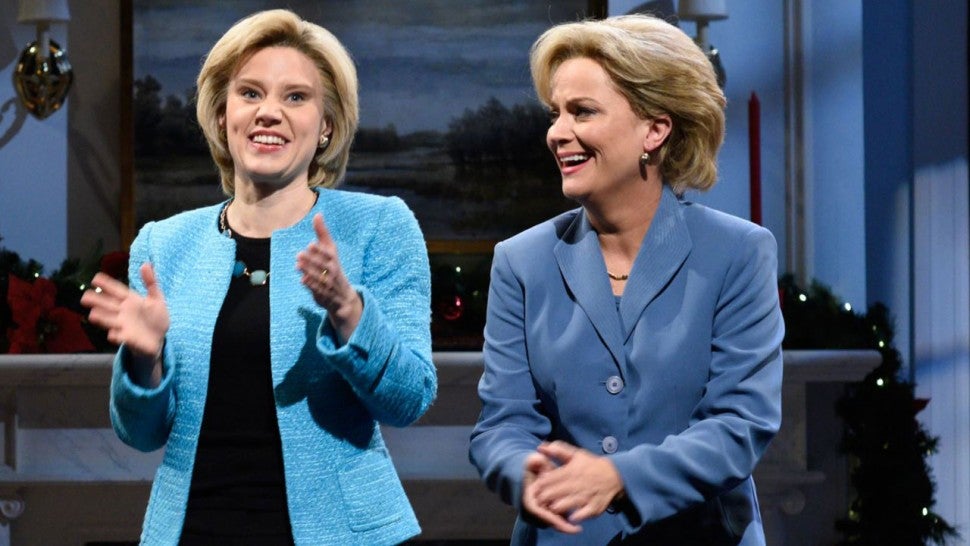 While Amy Poehler was a regular castmember on Saturday Night Live, before her departure in 2008, she developed a signature impression of Hillary Clinton that became one of the show’s most celebrated impersonations. However, the role has been reinvented by Kate McKinnon in recent years, to great acclaim. When the Parks and Recreation star came back to co-host an episode in 2015 (alongside Tina Fey), Poehler’s Clinton and McKinnon’s Clinton came face to face (alongside Fey’s Sarah Palin) for a memorable sketch that really gave fans a glimpse at the nuances that go into crafting an impression. 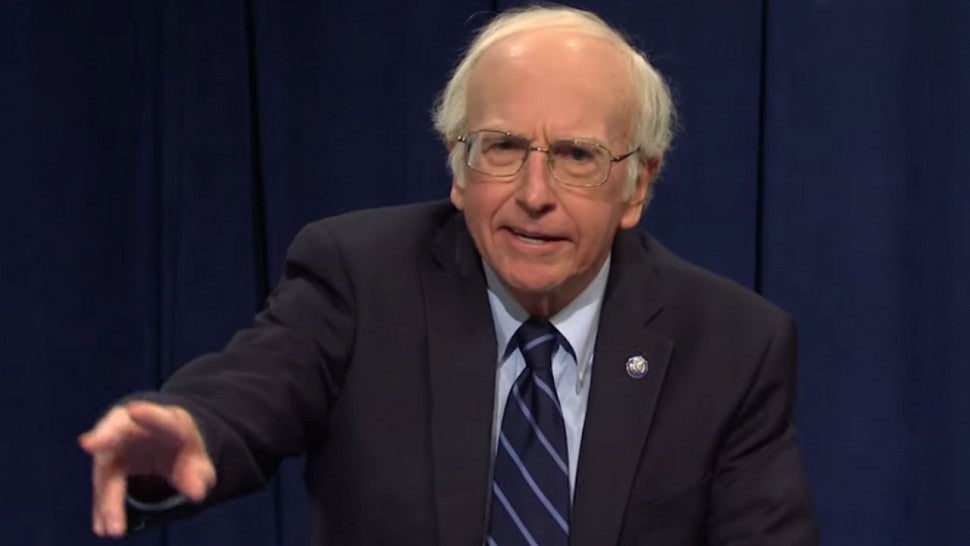 Even before Alec Baldwin was playing Donald Trump, Larry David’s uncanny resemblance to Bernie Sanders had become a meme, and the show brought him on to play the beloved, cantankerous Vermont senator time and time again. He even had a cameo as Bernie in the controversial 2015 episode hosted by Trump himself. 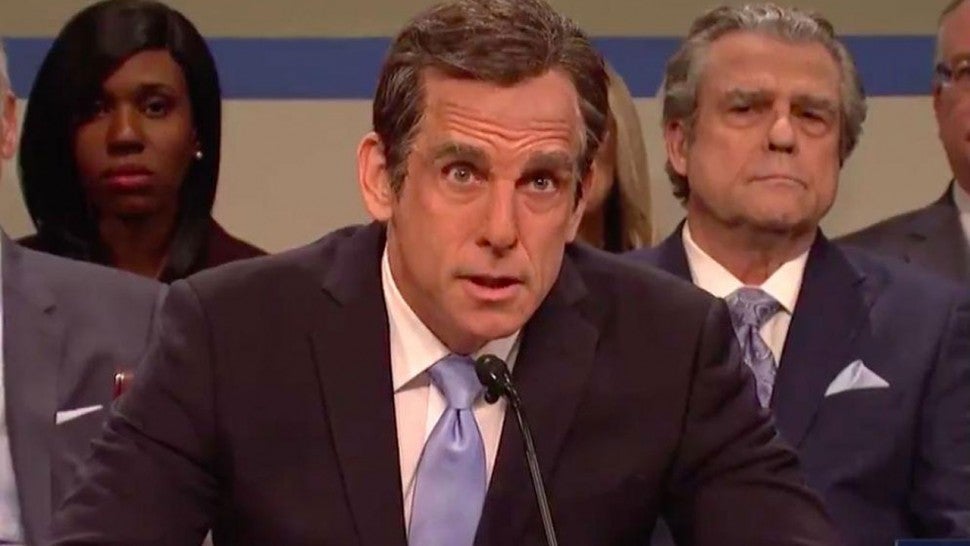 When the Stormy Daniels scandal broke, Ben Stiller was tapped to play Donald Trump’s personal lawyer Michael Cohen. Stiller brought a heaping helping of nervous energy and fumbling awkwardness to his multiple cameos, where he appeared opposite Baldwin’s Trump, Robert De Niro’s Robert Mueller and even the real Stormy Daniels, in an even more surprising cameo as herself. 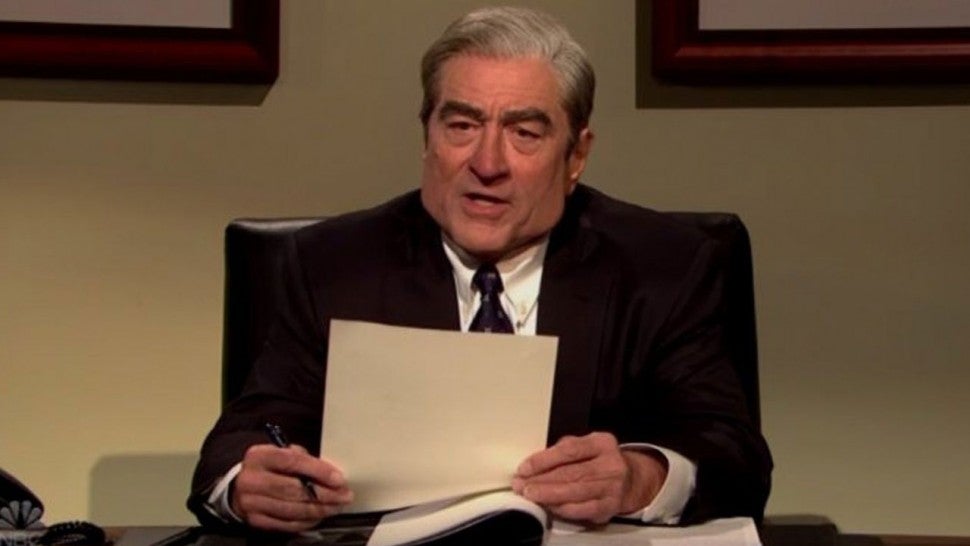 When it comes to the SNL makeup department, it’s hard to pick a more impressive example of their mastery than Robert De Niro’s bizarrely sharp jaw-line in his cameo as Special Investigator Robert Mueller. De Niro might have been a little nervous when it came to line delivery — as live TV comedy isn’t actually his forte — but it was all worth it when he and Ben Stiller’s Michael Cohen recreated the famous lie detector scene from Meet the Parents. 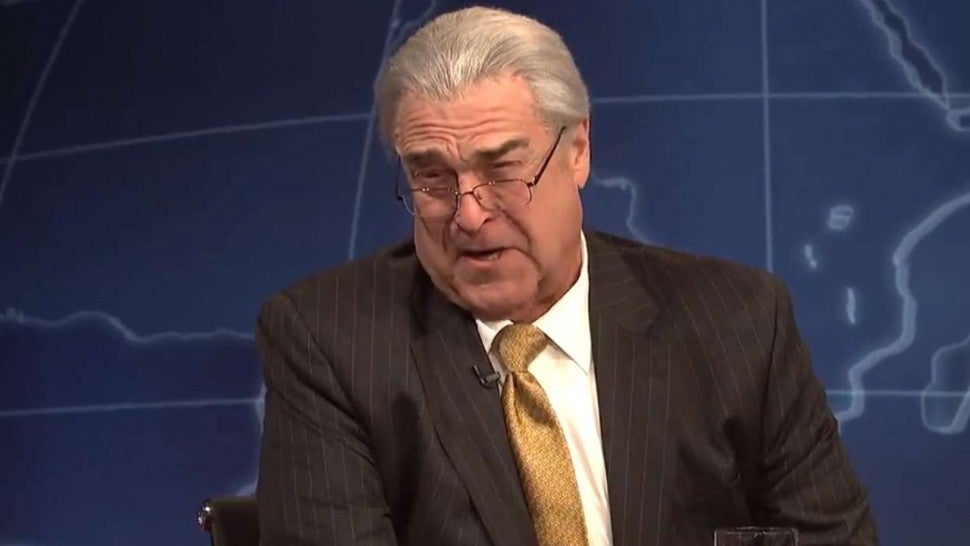 John Goodman has hosted SNL a near-record 12 times, and has played all types of characters over the decades — including playing Linda Tripp in the ’90s, which has not necessarily aged well. However, with the appointment of Rex Tillerson as Donald Trump’s Secretary of State, an opportunity presented itself for Goodman to have some fun playing Tillerson in a trio of cameos that, while not groundbreaking, were enthusiastic and skillful in the way all of Goodman’s projects prove to be.

The Trump family really has presented a lot of great possibilities for celeb cameos. Scarlett Johansson signed on to play Ivanka Trump for a number of different episodes — most memorably for a fake parody commercial mocking Ivanka’s fragrance called Complicit. It was a surprisingly savage comedic takedown that led to Johansson making several subsequent appearances as the Advisor to the President. The fact that she’s married to Colin Jost might have also played a role in how often she made time for the high-profile cameos. 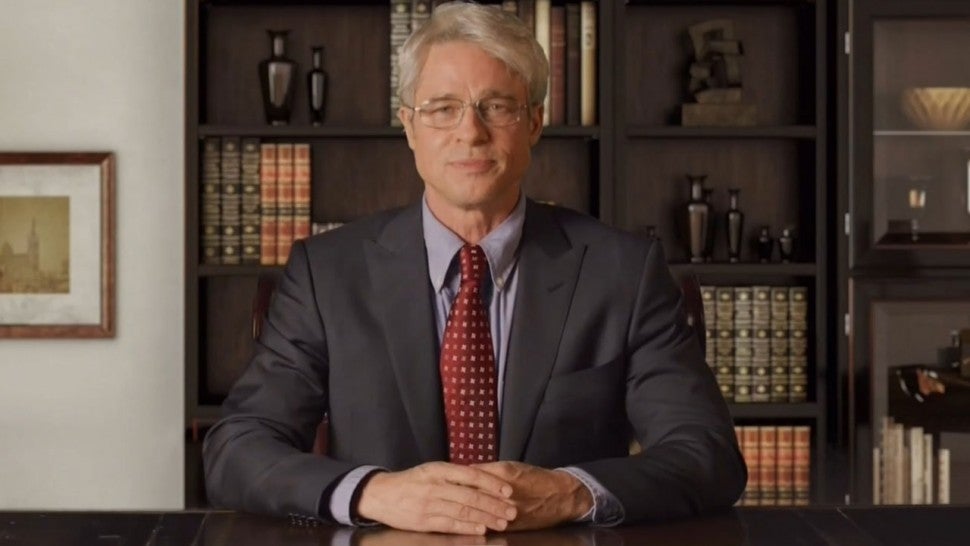 After SNL decided to go remote during the early weeks of the coronavirus pandemic, for SNL: At Home, Brad Pitt made a truly surprising appearance as Dr. Anthony Fauci. Seated at a home office — in the best costuming available for the circumstances — Pitt’s hilarious impression ended with the actor stripping off his wig to deliver a heartfelt message of gratitude to the beloved and trusted epidemiologist.