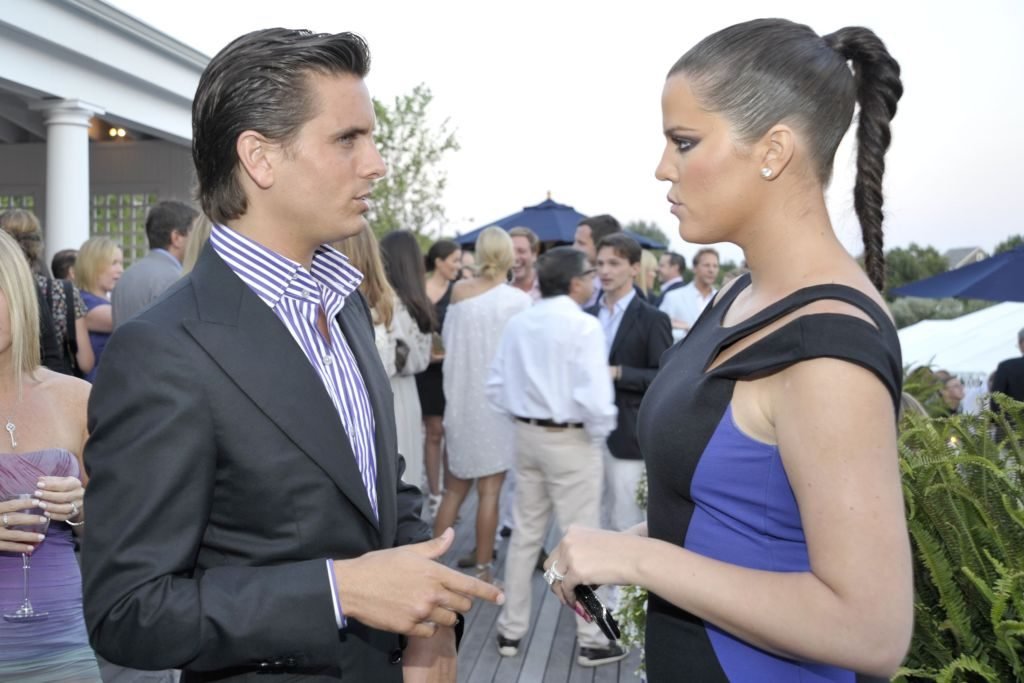 Khloe Kardashian has been making headlines again because the episodes detailing the Tristan Thompson-Jordyn Woods cheating scandal have recently aired on Keeping Up With The Kardashians.

The reality star has come a long way since the scandal first took place. She’s in a much better place now.

“Life is about ups and downs and I don’t think I planned—obviously, I didn’t plan for any of this to happen—but the beauty is that we can survive anything in life and it’s about a strong mindset and a good support system,” Kardashian recently told E! News. “Life is great so you just gotta find the beauty in it.”

“I’m not dating right now. But I’m enjoying [life]. I love life,” she recently told ET. “I’m just really enjoying my life and my time with my baby and family.”

“I don’t want her to date,” Family friend Scott Disick chimed in. “She doesn’t need it right now,” he said, referencing how tumultuous her last breakup was with Thompson.

She went on to say that she’s not in a rush to start dating again but if someone were to come along and sweep her off her feet she wouldn’t be opposed.

“I’ve never really put that much pressure on dating. Whoever you are in a room with, that you connect with and there’s chemistry, then that’s who you should date. But I’m just not even in that headspace, but you never know what will happen.”

Khloe and Kourtney Kardashian are both single right now

Happy birthday sweet @kourtneykardash!!! I am completely obsessed with each and everyone of my siblings. Still blows my mind how blessed we are to call each other sisters. You and I have an incredible rare bond that no matter what, it can never be broken. You’re my best friend, one of the rare few I can count on most in my life. I’m so thankful for that. I know that so many people go through life without their sister as their best friend, or without a sister in general and I don’t know how they do it. Honestly, without you my life would be boring and not as full. Today and every day, I pray that your soul is awakened and from your core, you’re happy! You deserve only magical things for the rest of your life! In all of the lifetimes before and in all of the lifetimes after, I will love you! To the happiest of birthdays my sweet sister!! Jane or Suzanne (I forget who’s who) I love you!

According to a source who spoke to ET recently, Kourtney and Khloe Kardashian are loving being single at the same time.

“Both Kourtney and Khloe are single at the same time, which hasn’t happened in a while,” the source said, referring to Kourtney’s split with Younes Bendjima. “The sisters are really enjoying being single, and aren’t rushing into dating right now. [They] know they’ll get back to the world of dating when they are ready.”

What Khloe Kardashian is focusing on right now

Instead of dating, Khloe is focused on her own personal growth at the moment.

“I think working on your personal growth internally is something that will be a forever mission,” she said. “And I always want to evolve and grow and mature emotionally, because that’s how we become better people. While the world is changing around us, we should adapt to that, too, but always remember to be kind and just courteous about what’s happening around you, too. So, I don’t ever want that to change.”

Khloe’s also taking this time to dive into her work. The third season of her show Revenge Body debuts soon and she’s excited for that. The show details Khloe working with men and women “to find the physical and emotional strength to prove to themselves and those who have been negative forces in their lives that they’re worthy of love and respect,” according to the network.

“I feel really honored that people are trusting me with this journey, ’cause I get what it’s like to be on camera and to be working out and doing all of that on the camera, but I don’t think the average person realized how vulnerable, and how kind of aggressive, we are in their faces [while] filming,” she said. “And when you’re on this journey… you have to be really vulnerable, and it’s emotional and really, really hard.”