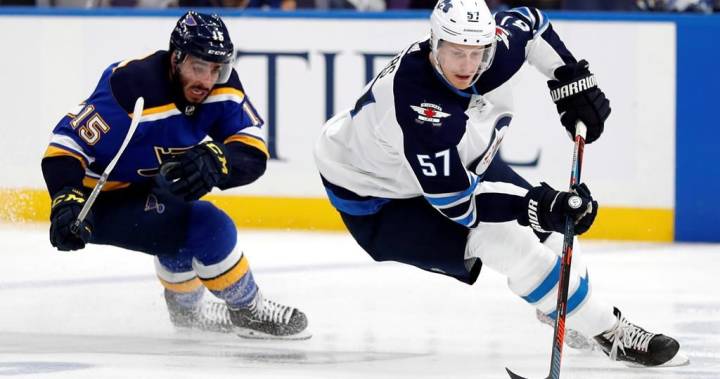 VANCOUVER – The Vancouver Canucks are beefing up their blue line in free agency, signing defencemen Tyler Myers and Jordie Benn to multi-year deals.

Myers, 29, has agreed to a five-year contract worth an annual average of US$6 million, the Canucks announced on Monday.

“Tyler is a proven competitor and an important addition to our roster,” said Canucks general manager Jim Benning. “His experience, character, and size are qualities that will help our team. We are excited to have Tyler and his family join our team.”

Myers spent last season with the Winnipeg Jets, tallying 31 points in 80 games. The six-foot-eight, 229-pound from Houston was originally drafted 12th overall by the Sabres in 2008 and played five full seasons in Buffalo before he was dealt to the Jets in February 2015.

Benn, 31, has signed a two-year deal worth an annual average value of US$4 million, the Canucks said.

“Jordie is an experienced defenceman who brings leadership and versatility to our team,” Benning said. “His steady presence will be an example and support to our young players.”

Hailing from Victoria, Benn went undrafted before he was signed by Dallas in July 2011. He spent six seasons with the Stars before being dealt to Montreal in February 2017.

Benning has been saying for months that Vancouver needs to improve on the blue line and that signing a top defenceman would be a priority in the off-season.

Last month, the club locked veteran defenceman Alex Edler into a two-year extension worth an average $6 million annually. The Canucks also have some up and coming back-end talent, including 19-year-old defenceman Quinn Hughes who played five NHL games last season after finishing his NCAA career at the University of Michigan.

Before free agency opened on Monday, Vancouver opted not to extend a qualifying offer to defenceman Ben Hutton, making the 26-year-old an unrestricted free agent.