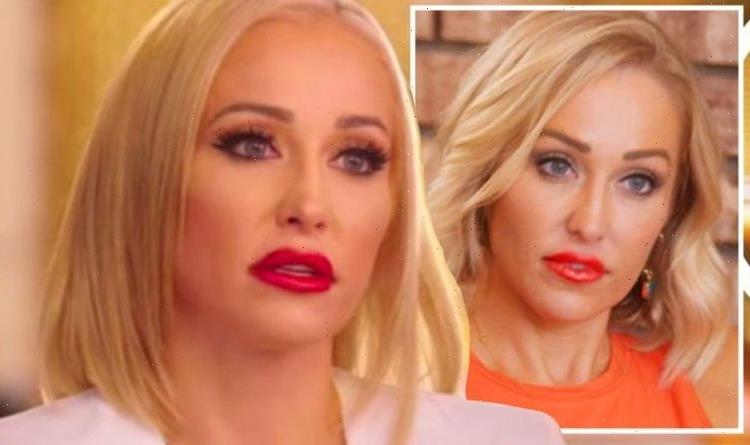 Mary, 39, has become one of the breakout stars of Selling Sunset and having featured in the previous three seasons, she will be back for another helping of the property-based entertainment in season four. Some of the changes which viewers have already been informed about include the Netflix series bumping up the number of episodes from eight to 10 and the arrival of two new realtors. However, as a result of the coronavirus pandemic, the mother of one has addressed what other changes have been put in place to ensure everyone is safe on set.

At the start of the pandemic, the filming for season four was delayed as producers tried to work out how the cast could still perform their roles whilst entering into properties.

With the inclusion on face masks being worn to prevent the spread of the virus and testing taking place before anything could be filmed, it’s been a very different format to work under.

Speaking with Express.co.uk, Mary explained: “We have Covid compliance officers on site all times. Everything is very restricted.

“All production still have to wear masks and everyone still gets tested for coronavirus even if they’re vaccinated or not.

“A lot of us have the antibodies but we still got vaccinated and do the Covid testing so that part has changed for sure.”

The property expert continued: “With certain scenes, like if we were in a restaurant, we would have normally been able to walk in without a face mask on.

“For a long time, though, it was the rule that you couldn’t take your face mask off until you were sat at your table.

“But to walk in without a face mask on, you would have to walk by people, so we would get three seconds to walk but you want to look good so you couldn’t be running to the table.

“And if we didn’t make it in time, they would be saying, ‘Mask on, mask on’. So we would put our mask on and try again because we wanted it to look good.”

It got a little tricky

Mary added: “It’s got a little tricky to film in situations like that where normally before you would just walk in and it wasn’t a big deal.

“But they have to time everything out and make sure we’re not close to anyone else’s table but we make it happen.

“Those situations are a little tricky,” she continued so viewers can expect to see the stars adhering to some of the rules during the episodes.

The realtor also explained how Open Houses weren’t able to go ahead for a long time but they managed to resume when filming got underway.

In the new episodes, newcomers Emma Hernan and Vanessa Villela will be making their debuts as they join the Oppenheim group.

It’s not been reported whether they will join from the very start of season four or appear halfway through.

However, Mary has spoken out on her new co-stars and has shared her excitement they are going to be regular characters.

The mother of one said: “We’ve all become very close. The new cast members are so lovely, they’re so sweet.”

“They’re absolutely stunning women and 95 percent of the time, it’s been an absolute joy [to be starring in the show,” Mary said.

However, some of the rifts between cast members will still feature as she added: “What you’re going to see is some of the things that have happened between the cast members.

“We have to address [the tensions] because it has affected our lives, we’re not characters on a show.

“When people say things to us on the show that hit below the belt, you realise our clients, our family and friends are watching this.”

Selling Sunset seasons 1-3 are available to stream on Netflix