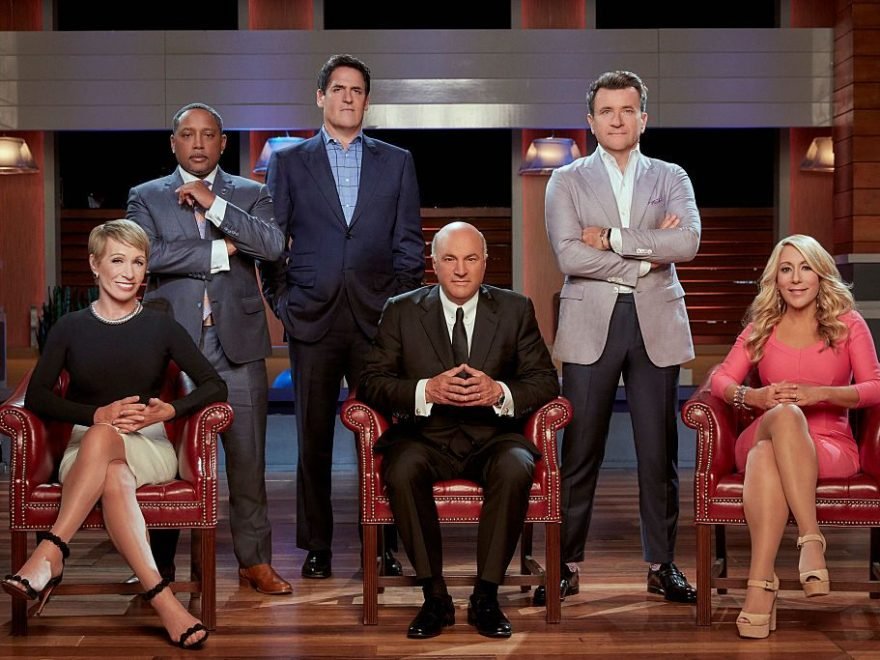 As season 11 is about to start, the show announced some new sharks that have been invited to swim in the tank. Three female entrepreneurs are on the guest list, and are sure to make for some choppy waters.

Anne Wojcicki, CEO and co-founder of 23andMe, will be joining the Shark Tank panel as a guest this fall. Wojcicki launched the company in 2006 and helped change how genetic information is disseminated. “My role at the company is to get everyone to think bigger. Instead of genotyping a few thousand people, why not millions? Why not everyone in the world? I really believe that 23andMe has the potential to revolutionize health care,” she told Inc. in 2012.

According to Money, Wojcicki graduated from Yale University and became a Wall Street analyst, but left to start medical school before she co-founded 23andMe. She credits her parents for encouraging her to make some sort of impact through the work she chose to pursue. “My parents were really clear that you should do something that’s meaningful in the world,” she said.

Founder and CEO of Stitch Fix, Katrina Lake started her company in 2011 from her apartment in Cambridge, Massachusetts, according to ABC News. Her goal was to create a new way for consumers to find their ideal clothes. Now more than 3 million people use her styling service acquiring clothing from over a thousand brands. The company has recently gone global, opening its London office earlier this year.

Stitch Fix founder and CEO Katrina Lake became $45 million richer in just one day after her e-commerce company delivered another quarter of double-digit growth. The online personal shopping service, which uses a combination of data science and human stylists to send customers personalized outfits in the mail, smashed expectations in its quarterly earnings report last month. Lake, one of America's richest female entrepreneurs has a net worth of more than $400 million. Read more about her story at the 🔗 in our bio. (📸: @jameltoppinphoto)

Lake received her bachelor’s degree in economics from Stanford University and her Master of Business Administration from Harvard University. ABC News reported that Stitch Fix was named the “Fifth Most Innovative Company in the World” by Fast Company in 2019, and Lake has been on Fortune’s “40 under 40” list from 2016 to present. Lake is married with two sons, and is mindful of maintaining a healthy work-life balance. “It’s really important for me to feel present when I’m at work, that I’m totally listening and paying attention and not worrying about what my son is doing,” she told Money in 2017. “On the flip side, I try to bring that same level of being present at home. I want to feel totally present in everything I do.”

From the court to the tank

Maria Sharapova is a world-renowned tennis champion, ranking number one in the world by the WTA five times, according to ABC News. She moved to the United States from Russia when she was 6 years old to begin her tennis career. Author of the 2017 New York Times bestseller “Unstoppable: My Life So Far,” Sharapova is founder of the premium candy line Sugarpova. The tennis star is hands-on in all aspects of her company including branding, packaging, and research and development. She sought to create sweet treats with healthier elements, using antioxidants and non-GMO ingredients. According to her website, Sharapova launched Sugarpova “to celebrate the fun and passion of candy by creating high quality treats you can feel good about indulging in.”

The athlete is also an advocate of women in business, where she has invested in several female-owned companies and served as a mentor to women entrepreneurs. Her involvement with the National Association of Women Business Owners (NAWBO) recently led her to mentoring seven female business owners in various fields. Sharapova wants to share the support that she has received through the years. “I always had people that I could bounce information back and forth with, and I don’t think that women entrepreneurs really have that… although what they do have in their hands are great ideas that could eventually come to life and be very successful if they have the right mentorship,” she told Forbes last year.

First match in a few months! First win on grass since 15’! This deserves a post match selfie even though I usually don’t take my phone out until after the cool down ( except to message mama 😊) . 🤸🏼‍♀️😘

In addition to the female newcomers to the tank, founder and executive of KIND Daniel Lubetzky will also make his first appearance on the panel this season, as well as some returning guest sharks.

Season 11 on Shark Tank is sure tomake waves this fall on ABC!