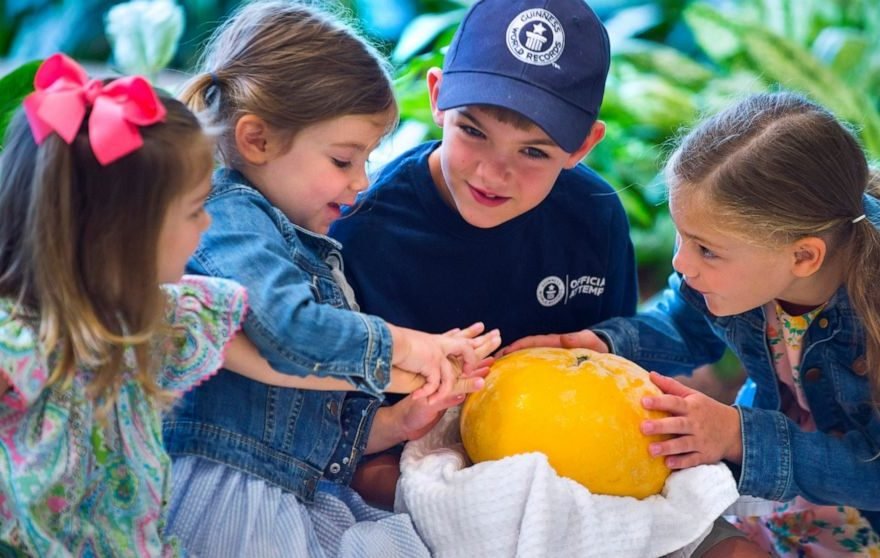 A basketball-sized grapefruit has brought two world records to a Louisiana couple.

The giant citrus grew in the yard of Mary Beth and Doug Meyer of Slidell.

The Guinness Book of World Records says it’s the world’s heaviest and largest in circumference.

It weighed 7 pounds, 14.6 ounces (3.6 kilograms) and measured 28¾ inches (73 centimeters) around. That’s almost as big around as an NBA basketball.

State Agriculture and Forestry Commissioner Mike Strain presented a Guinness certificate to the couple Tuesday in Baton Rouge. His department provided the equipment for the official weighing and measuring in January.