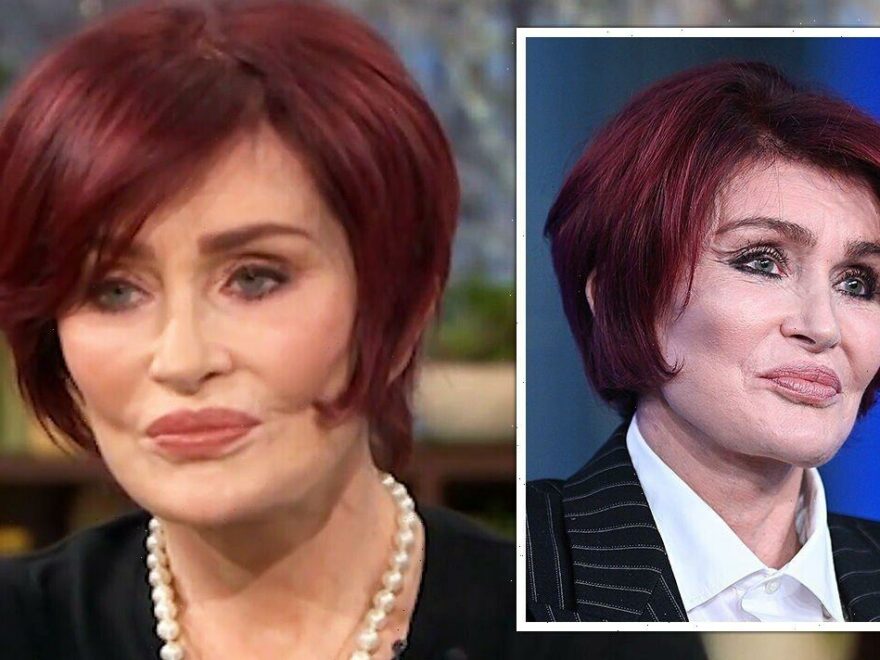 Sharon Osbourne appears on This Morning

Sharon Osbourne, 70, was invited onto the latest instalment of This Morning to discuss her new reality television show as well as her move back to the UK. As she was speaking to hosts Holly Willoughby and Phillip Schofield, many viewers felt she looked very different. Some insisted they could not recognise the television personality.

Sharon donned a black fitted blouse which she accessorised with a pearl necklace during her appearance on the ITV talk show.

She matched the top with black wide-leg trousers and some black high-heeled boots.

Her hair was styled in Sharon’s signature pixie cut and was dyed red as it has been for years.

But her appearance left viewers distracted, with David Downie tweeting: “I’m not having that it’s Sharon Osbourne on This Morning here.”

@Fordy52 shared: “That woman looks a bit like Sharon Osbourne I reckon #ThisMorning.”

Lauren Hope added: “Look at yourself in the mirror. Don’t bother Sharon, you won’t recognise yourself #ThisMorning.”

Raymond commented: “You didn’t change your accent Sharon, but you changed some other stuff #ThisMorning.”

However, other viewers were more complimentary of Sharon’s appearance on This Morning.

Amy penned: “Sharon Osbourne looks absolutely amazing. I know she’s had work done but good on her, if I had the money I would too! #thismorning.”

Sharon has been open about having cosmetic surgery in the past which includes a gastric band, full facelift, tummy tuck, botox and an eyelift.

When Holly and Phillip suggested her career had gone a bit wrong in the US, Sharon replied: “It went very wrong, very very wrong and you know, they say that there is no blacklisting in America, well I’m living proof that there is.

“And not that I’m resentful or whatever, just a fact of life. It happens doesn’t it?”

Sharon left The Talk in the US following an on-air argument in which she defended her friend Piers Morgan from allegations of racism.

Her comments came in the wake of Piers’ remarks about Meghan Markle’s explosive interview with Oprah Winfrey in 2021.

Sharon continued: “I have never spoken with hate, I say what I feel, I am confrontational but I don’t do any hate speech and I know who I am.

“I stick up for my friends and that’s what I was doing.”

Sharon and her husband Ozzy Osbourne have been residing in America for the past 25 years.

This Morning airs on weekdays from 10am on ITV.