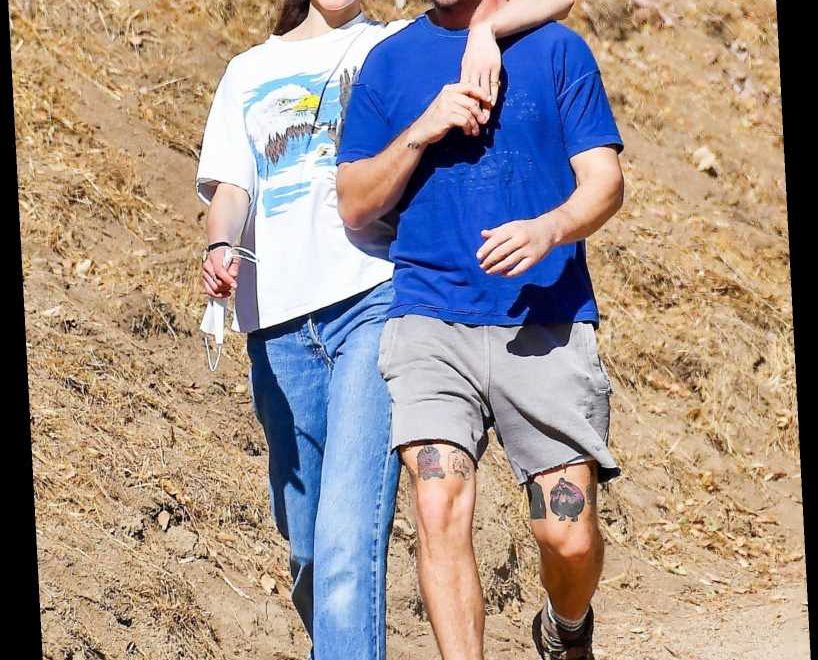 Shia LaBeouf and Margaret Qualley have called it quits, a source tells PEOPLE, as the Transformers actor faces allegations of abuse from his ex-girlfriend, singer FKA Twigs.

"They broke up on Saturday. They're just in different places in their lives," the source says of the pair who have recently been out seen together on several occasions.

Another source told PEOPLE the Once Upon a Time… in Hollywood actress was aware of the "backlash" she received for seeing LaBeouf amid the lawsuit filed by singer FKA twigs, born Tahliah Debrett Barnett, accusing him of sexually and physically assaulting and battering her.

The first source says that Qualley's main focus remains on her acting and she is "ready to get back to work."

The pair were last photographed on Monday in Studio City and previously were spotted holding hands on a hike in Los Angeles the day after Christmas. This follows previous sightings after LaBeouf was seen picking up Qualley from the LAX airport last month. They were then seen showing PDA during various other outings.

A source told PEOPLE last month that LaBeouf, 34, and Qualley, 26, sparked a connection after starring in a NSFW music video together earlier this year.

"They got close when they filmed Love Me Like You Hate Me in the early fall," the source said. "They are both very passionate people. They are not dating, but have fun together. Margaret is a social butterfly and has a big group of friends. She doesn't really bring Shia around this group though. She is not interested in having a boyfriend."

Barnett, 32, described several instances of physical abuse in the documents obtained by PEOPLE.

"What I went through with Shia was the worst thing I've ever been through in the whole of my life," Barnett said in an interview with The New York Times. "I don't think people would ever think that it would happen to me. But I think that's the thing. It can happen to anybody."

WATCH: Shia LaBeouf's Pieces of a Woman Costar Vanessa Kirby Reacts to Abuse Allegations Against Him

LaBeouf later addressed the allegations in several emails to the newspaper, saying he was in no position "to tell anyone how my behavior made them feel."

"I have no excuses for my alcoholism or aggression, only rationalizations. I have been abusive to myself and everyone around me for years," he wrote to The Times. "I have a history of hurting the people closest to me. I'm ashamed of that history and am sorry to those I hurt. There is nothing else I can really say."

In a different email, however, he said that "many" of the allegations were not true but explained he owed the women "the opportunity to air their statements publicly and accept accountability for those things I have done."

Reps for LaBeouf did not respond to PEOPLE's request for comment at the time, while Barnett's attorney Bryan Freedman said to PEOPLE: "Shia LaBeouf has abused Ms. Barnett, Ms. Pho and others. We tried to resolve this matter privately on the condition that Mr. LaBeouf agree to receive meaningful and consistent psychological treatment. Since he was unwilling to agree to get appropriate help, Ms. Barnett filed this suit to prevent others from unknowingly suffering similar abuse by him."

If you or someone you know has been sexually assaulted, please contact the National Sexual Assault Hotline at 1-800-656-HOPE (4673) or go to rainn.org.