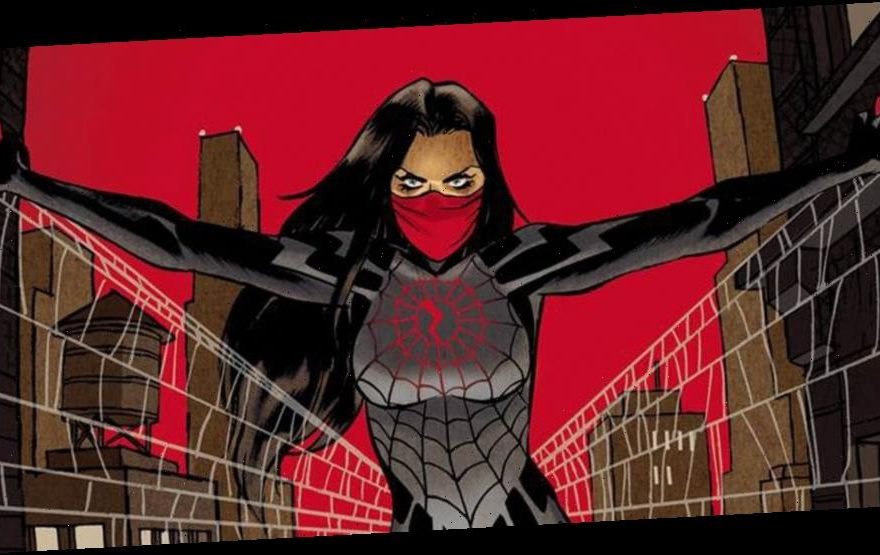 Sony Pictures Television is developing a Silk TV series based on the female Marvel Comics webslinger, with Spider-Man: Into the Spider-Verse alums Phil Lord and Chris Miller executive producing through their deal with the company.

Last year, they signed a deal to develop multiple live-action Marvel shows, and Silk looks like the first one that will be ready to go before cameras. Additionally, Sony is negotiating with Amazon to be the streaming home of all of these new live-action Marvel shows – though it doesn’t sound like the streamer will be the first place fans will be able to watch them. Get the details below.

In 2018, we learned that a Silk movie was in the works at Sony, which would center on a Korean-American character named Cindy Moon. A relatively new addition to the comics, Cindy is a classmate of Peter Parker’s who also accidentally gets bitten by a radioactive spider. As Silk, her alter-ego, Cindy possesses powers that are similar to Spider-Man’s, although instead of building her own web-shooters, she has the ability to blast webbing organically out of her fingertips. She also has an eidetic memory and a Silk Sense that is far stronger than Parker’s Spider Sense.

Now Variety reports that a Silk TV show is in the works, so we’re assuming the movie has been reworked into this series. Lauren Moon (who, like the lead character, is Korean-American) wrote the TV adaptation; her previous credits include shows like Atypical and Good Trouble. Lord and Miller will executive produce alongside Amy Pascal, who’s been involved with several Spider-related projects at Sony since she was fired as the head of the studio and became a producer. Tiffany Espensen played the Cindy Moon character in Spider-Man: Homecoming, but that was basically a cameo role and it’s unclear if role and she’ll be returning for this live-action series.

Variety reports that “Amazon is in talks to acquire the project, along with other potential Marvel series based on characters Sony controls,” but Deadline says Amazon is just negotiating to become the streaming home of these shows, while “the proposed suite of Marvel series is expected to land on a linear platform first before heading to Amazon for streaming.” So it’s still unclear exactly where we’ll be able to watch Silk and its companion shows first. Stay tuned, and we’ll bring you more info as soon as we have it.