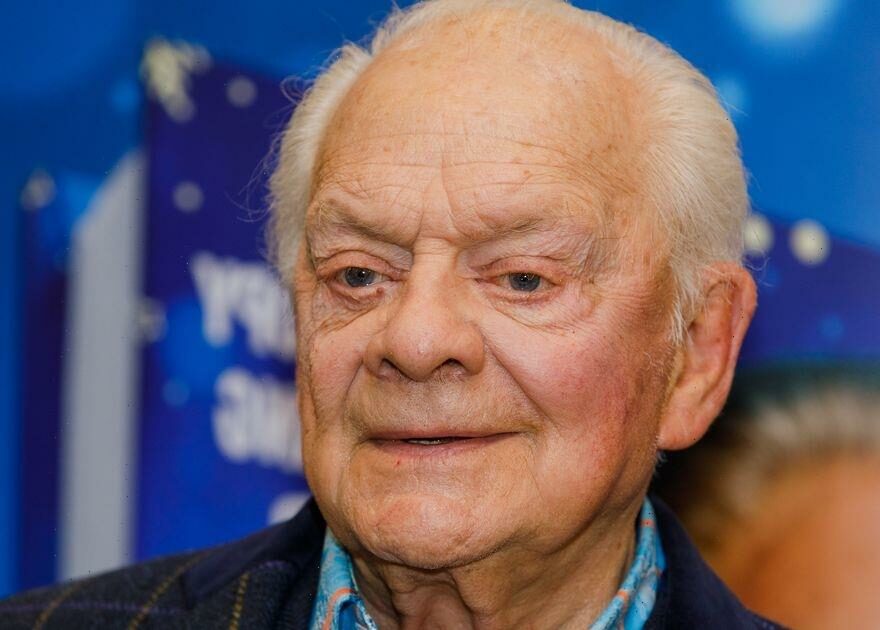 Sir David Jason said Only Fools and Horses has become a “cross to bear” because people remember it more than his Bafta-winning role.

The TV legend said folk won’t let go of the classic BBC comedy in which he played dodgy Derek “Del Boy” Trotter for more than 20 years.

Speaking on the Graham Norton Radio Show, the actor, 82, said: “It is a bit of a cross to bear, the popularity and the impression that Fools and Horses has made on the British public.

READ MORE: Only Fools and Horses voted 'most loved' BBC show beating out Strictly and Doctor Who

“I’m very proud of what we all did. But what has happened more recently is it’s become more and more powerful in people’s memories because it’s still on and still being repeated.

“I won the Bafta best actor for a play but no-one ever remembers.

“No-one ever mentions it.”

David won his Bafta for best actor in 1987 for his performance in an adaptation of Tom Sharpe’s novel Porterhouse Blue.

He also recently revealed that he recently collapsed after contracting "seriously bad" Covid-19.

The TV legend, 82, was speaking to BBC Breakfast presenter Jon Kay about his new book, when he revealed that he recently collapsed while getting out of bed one night when he had covid-19 during the summer.

The Open All Hours star said: "I got it seriously bad.

"Because all the muscles weren't working, I collapsed and I fell against the radiator… I was so weak, I couldn't get up." "I crawled to the bed. The muscles weren't working and I used the bed to try and stand up so that I could go to where I wanted to get, and also get back into bed, and I couldn't…

"I tried for about a quarter of an hour, trying all sorts of things to stand up so I could walk about."

He said: "Being a very creative and inventive person, I thought, how will I get from here to the door?

"You know when you see a walrus if you watch David Attenborough, and they walk on land, they crawl on land? That's what I did.

The star continued: "So just as I got to the door, the door opened… and it was my good lady wife and she managed to help me get back into bed. But later on the next day, I got carpet burns all down on my forehead and across the top of my nose."

Sir David explained that he has now since recovered and is soon due to release a book about Christmas, which includes stories from the making of the Only Fools And Horses Christmas Specials.