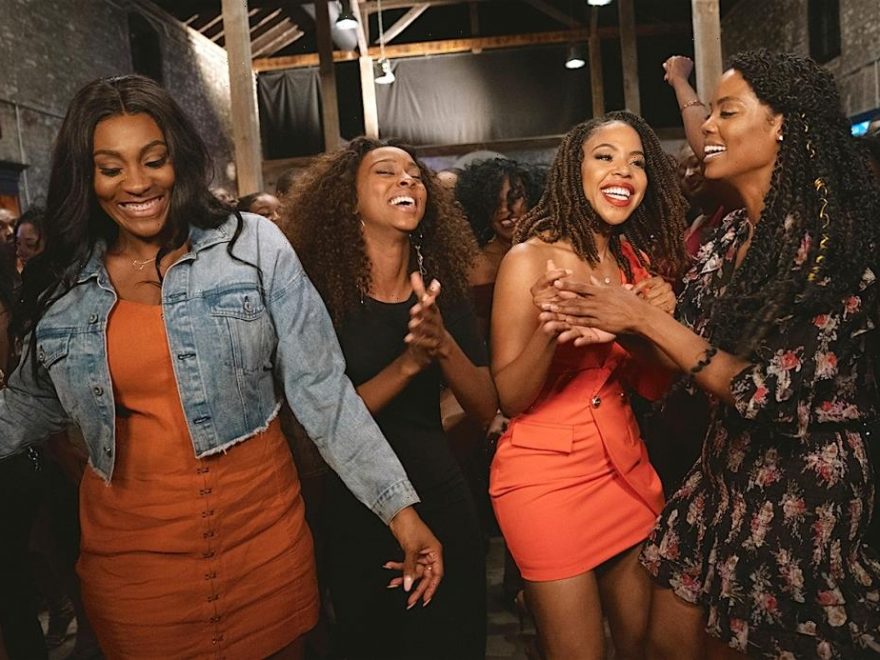 Debuting in 2019, Sistas centers on a group of Black female friends as they navigate love, careers and family together. KJ Smith stars as attorney Andi, with Ebony Obsidian as Karen, Mignon Von as Danni, Novi Brown as Sabrina and Crystal Hayslett as Fatima. The supporting cast includes Chido Nwokocha as Gary, DeVale Ellis as Zac and Trinity Whiteside as Preston.

Season 3 of Sistas premiered in June on BET and ranked as the No. 1 scripted series on cable for African Americans 18-49. The second half of Season 3 debuted earlier this month; check out our full premiere recap here.

Perry has four series currently airing on BET: Along with Sistas, he also oversees The Oval, House of Payne and Assisted Living. He serves as the sole writer on Sistas and defended the lack of a writers’ room in a recent aftershow: “In the past, I had writers’ rooms, and the ratings tanked. People know my voice. They know how I write. And have you ever thought for a minute, just one second, that I’m specific in what I’m doing? That I am telling the stories that the audience wants to see? Don’t worry about it. I got this. That’s why the show is No. 1.”

TVLine’s Cable Scorecard has been updated to reflect the news. Happy that Sistas is coming back? Drop your thoughts in a comment below.