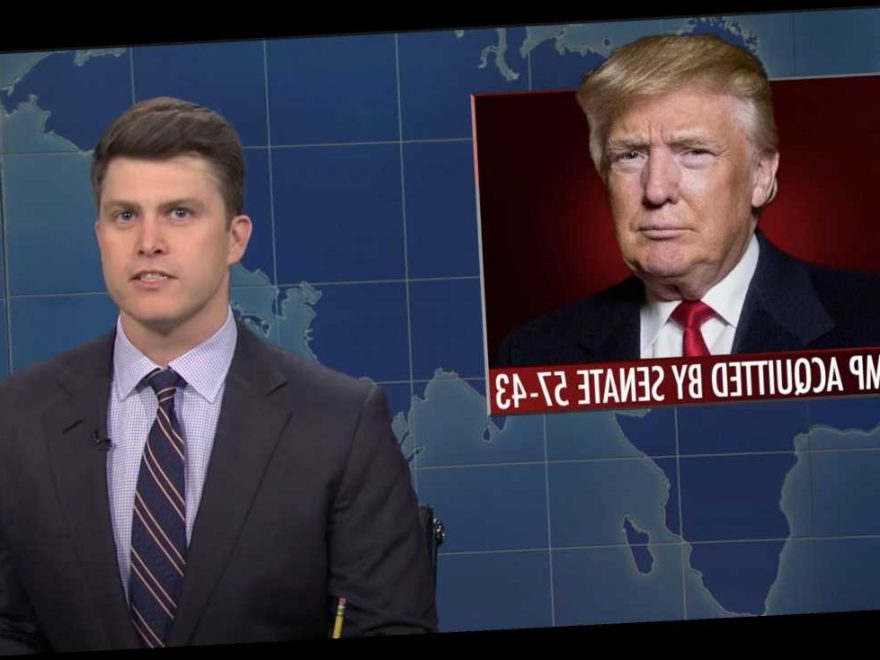 Saturday Night Live’s Weekend Update focused on the absurdity of Donald Trump’s second impeachment trial, hours after the former president was acquitted despite his role in the Capitol insurrection.

“Like so many men living in Florida, Donald Trump has once again escaped from justice,” Colin Jost said.

“This has to be the dumbest trial I’ve ever seen. Here’s how dumb it was: The jurors who were deciding the case were the ones attacked by the defendant. The trial took place at the scene of the crime, and then right after the trial ended, one of the jurors [Mitch McConnell] who voted to acquit Trump ran out and said ‘Somebody’s gotta prosecute this guy. He did it. This man belongs in jail.’”

Jost continued,”If you’re going to impeach a president for anything, don’t you think it’s sending a mob to kill the vice president? I feel bad for Pence, 43 of his work friends were like, ‘Oh c’mon Mike, they only tried to hang you. Stop being such a drama queen.’”

Weekend Update also touched on the surveillance footage that came out of the impeachment trial, Ted Cruz’s bizarre haircut (“Looks like he’s selling fireworks out of the back of an El Camino”) and New York Governor Andrew Cuomo’s plan to reopen sports venues at 10-percent capacity. “Better known as Jets level,” Jost quipped.

Like last week’s segment, Weekend Update returned to the subject of country singer Morgan Wallen. “It was reported that after Morgan Wallen lost his recording contract after he was caught on video using the n-word, sales of his album rose over 1,000-percent,” Jost said.

“Proving my long-held theory that if NBC would just let me say it, the ratings would go up.”