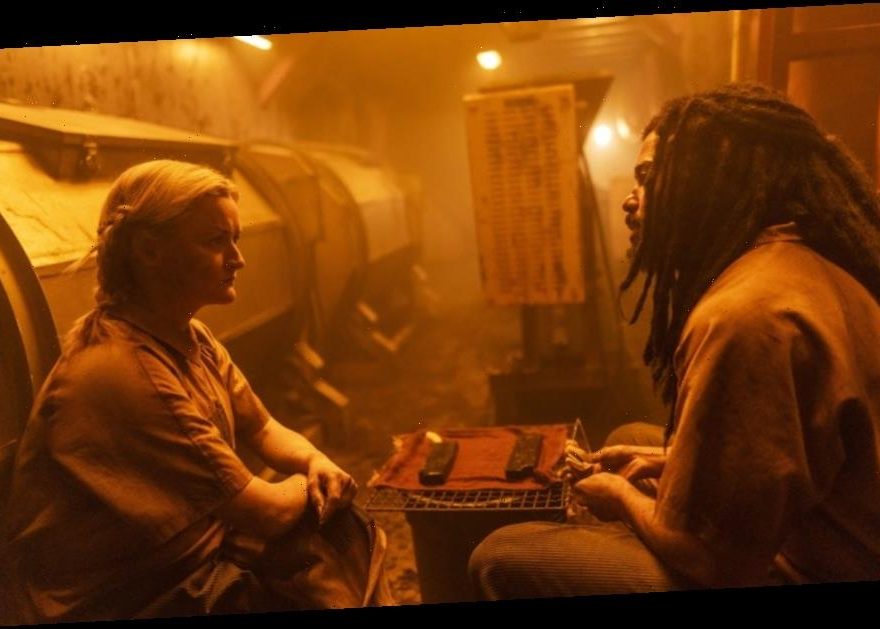 Tonight’s two-part Snowpiercer finale brought key characters through a number of major turns, both moral and literal, setting up a new chapter in the war over humanity’s future.

Episode 9 (“The Show Must Go On”) kicked off with the villainous Mr. Wilford (Sean Bean) cementing his takeover of Snowpiercer, having imprisoned revolutionary Andre Layton (Daveed Diggs) within The Swamp. Layton’s ally Melanie Cavill (Jennifer Connelly) remains MIA, after journeying to a research station, to assess changes to the Earth’s climate, following The Freeze.

With his biggest foes out of the picture, Wilford surprises passengers with a propaganda-filled carnival and a private dinner, where he tests the loyalty of those in his circle, his ultimate goal being to reorganize Snowpiercer according to social class, and to cull its population.

'Snowpiercer': TNT To Drop First Half Of Season 2 Finale Early On VOD 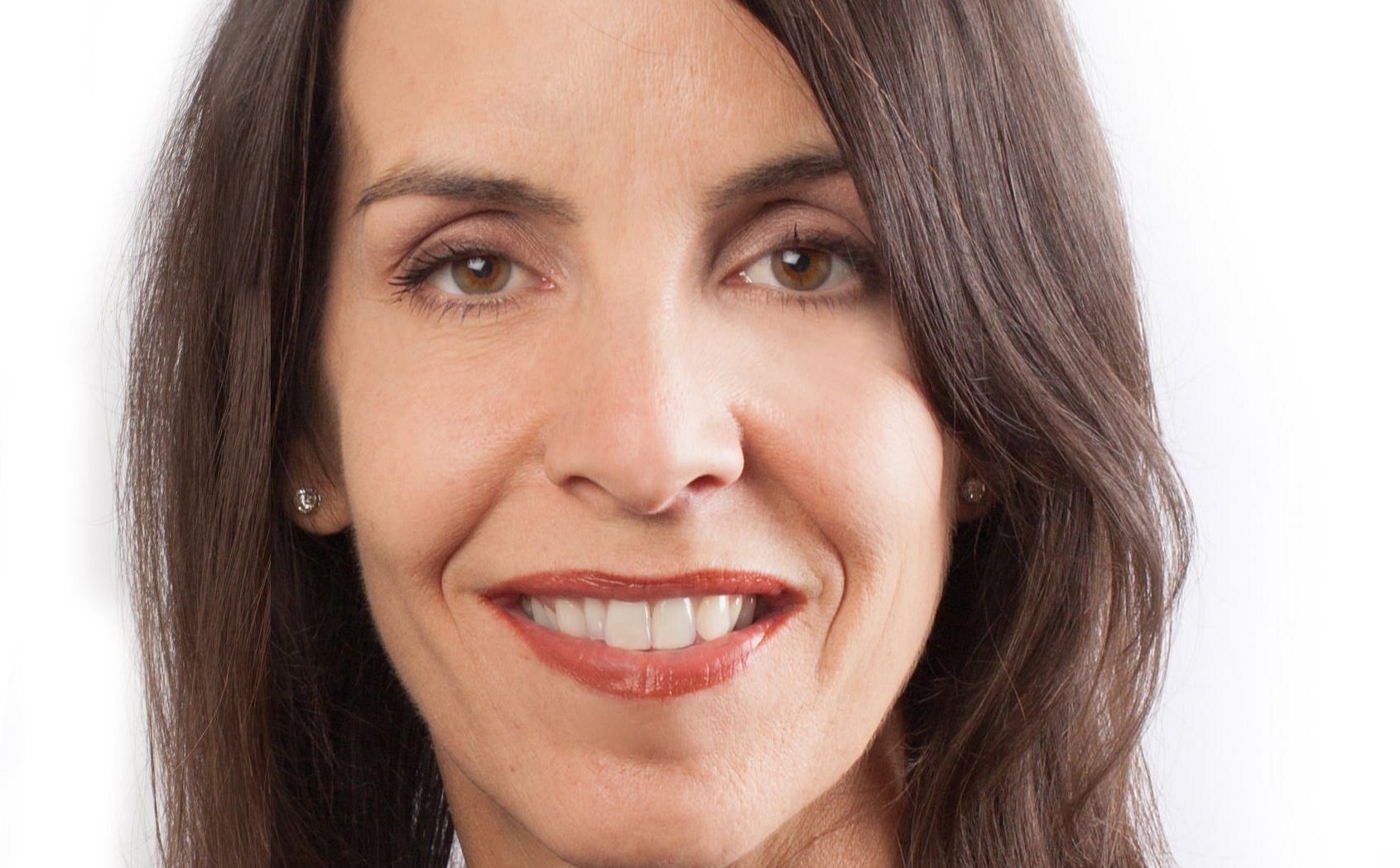 To curry favor, he offers Head of Hospitality Ruth (Alison Wright) the spot at his side that she’s always desired—assuming she’s willing to inform passengers that they won’t be returning for Melanie. Later, he offers Bess Till (Mickey Sumner) an advisor role, but both women turn down his offers.

By the end of the episode, Wilford’s paramour Miss Audrey (Lena Hall) is one of the few still on his side, with engineers Bennet (Iddo Goldberg) and Javi (Roberto Urbina) conspiring to get the train to Melanie, and Melanie’s daughter Alexandra (Rowan Blanchard) also standing up to him, revealing that Wilford culled the population of Big Alice to reduce the drain on resources, before linking up with Snowpiercer.

Then, there’s Josie (Katie McGuinness), the Tailie who was turned into a cold-immune weapon by Wilford’s scientists, after nearly freezing to death. While still grappling with her transformation, Josie sneaks to the Compost door and convinces a defeated Layton to keep up the fight for “life off the train.”

Ruth is sent to join Layton in the Swamp, with Alex separately imprisoned, as Bennet and Javi make radio contact with Melanie. When Ruth and Layton get word of this, they hatch a plan to break out of jail and continue the fight for a better world.

In Episode 10, “Into the White,” they make their escape and bring their “foul and murderous plot” to fruition. With intel from Alex, they manage to take over Big Alice’s engine room.

While Alex tries to distract Wilford from what’s happening, he eventually catches on. He heads to the engine room, where he sicks his dog on Javi and has him beaten—presumably, to death.

As she trudges through the snow, Melanie sees Snowpiercer approaching. But Wilford interferes with engine controls, causing fire to break out on the tracks, as he speeds past her. Alex tries to subdue him with a razor blade to the neck, but his medical team quickly patches him up. 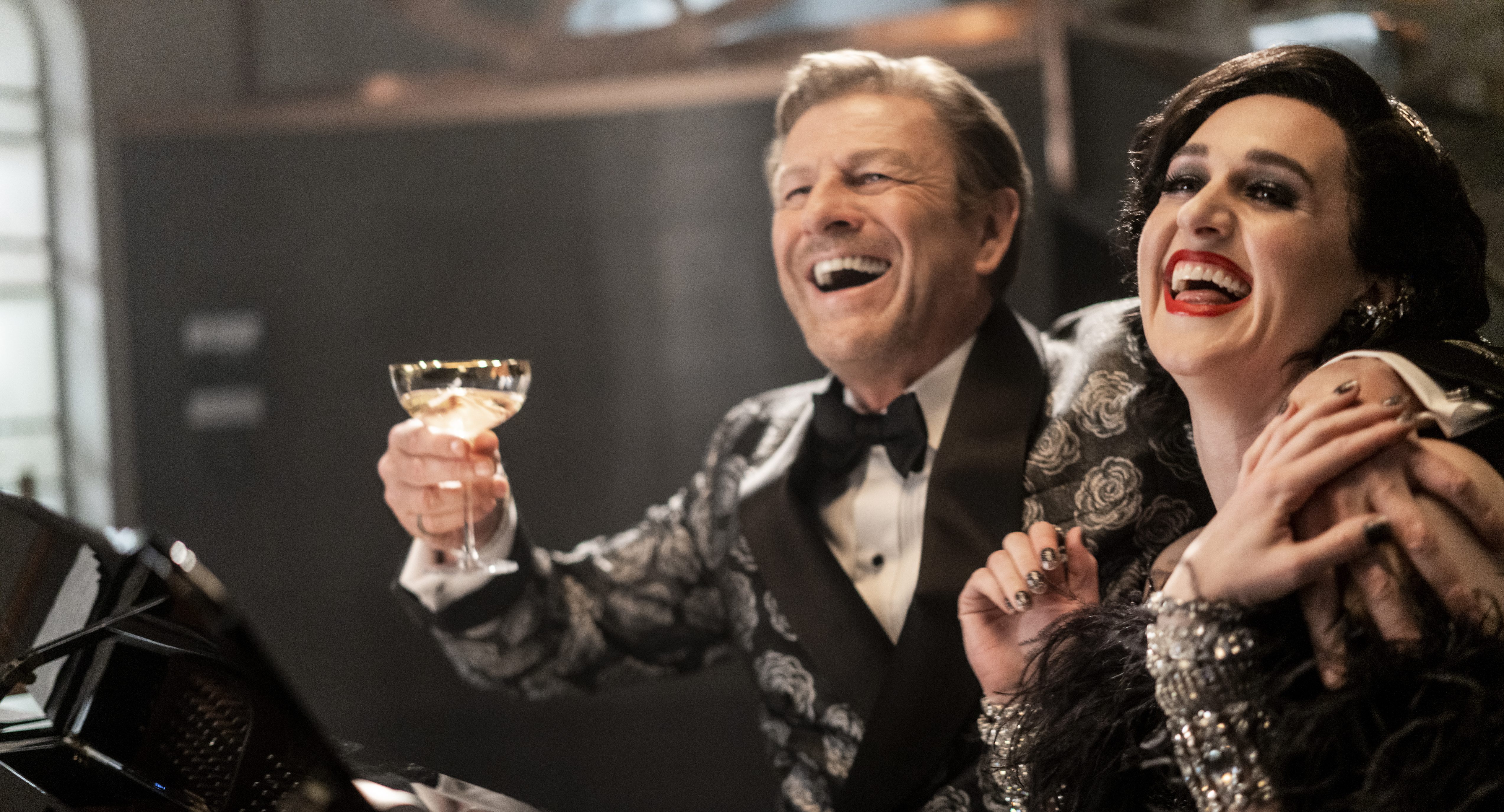 For a moment, all hope seems to be lost for Layton and co. But then Layton devises a new plan that will allow him to retrieve Melanie. The idea, he says, is to extract a “10-car pirate train” from the weak point between Snowpiercer and Big Alice. While many of his allies will be joining him, a pregnant Zarah (Sheila Vand) cannot, and he vows to come back for her.

Wilford and Layton then meet for a tête-à-tête within the aquarium space that had been used for the carnival. Layton informs Wilford that he’s taken Audrey hostage, as insurance for Zarah’s safety, and that he will be making his exit.

While Wilford had sent Josie to the top of the train, to thwart Layton’s plot, his “Cold Woman” turns against him. She uses her newfound powers to smash through the aquarium ceiling and cut the train in half, thereby sending Wilford and Layton in opposite directions.

Later, Layton and Alex make their way to Melanie’s research station. There, they find a note from Melanie (who they now believe is dead), along with her data—which confirms that the Earth is, in fact, warming up. While the moment is bittersweet (to say the least) for Melanie’s daughter and peers, her research brings hope for a brighter tomorrow.

With a storm on the horizon, Layton then tells his allies, “Let’s go get our train back,” heading in the direction of Wilford.

In a recent conversation with Deadline, executive producer Becky Clements broke down the events of the Snowpiercer finale and set up what’s to come in Season 3. Below, the Tomorrow Studios exec teases “a big, new character” that will soon make an appearance, and further exploration of Josie’s powers.

DEADLINE: How did you and the other leaders of team Snowpiercer arrive at the finale for Season 2?

BECKY CLEMENTS: I would say we often let the storytelling guide it, and we have a number of elements to this show. We always discuss how it’s a bit of a genre mash-up. It’s a character drama; it’s an action adventure; it’s a sci-fi show. So, we always try to give our dedicated audience all three of those elements in the storytelling. [Co-showrunner] Graeme [Manson] and [co-EP] Aubrey [Nealon] are just very good about making sure that those three narratives are alive, and that’s usually how we come to the conclusion of what [a particular] season would be. So, the answer is, we’re always chasing something big that can open up the storytelling.

DEADLINE: Snowpiercer’s second season was ordered almost two years ago. How long ago, then, were the events of the finale figured out? 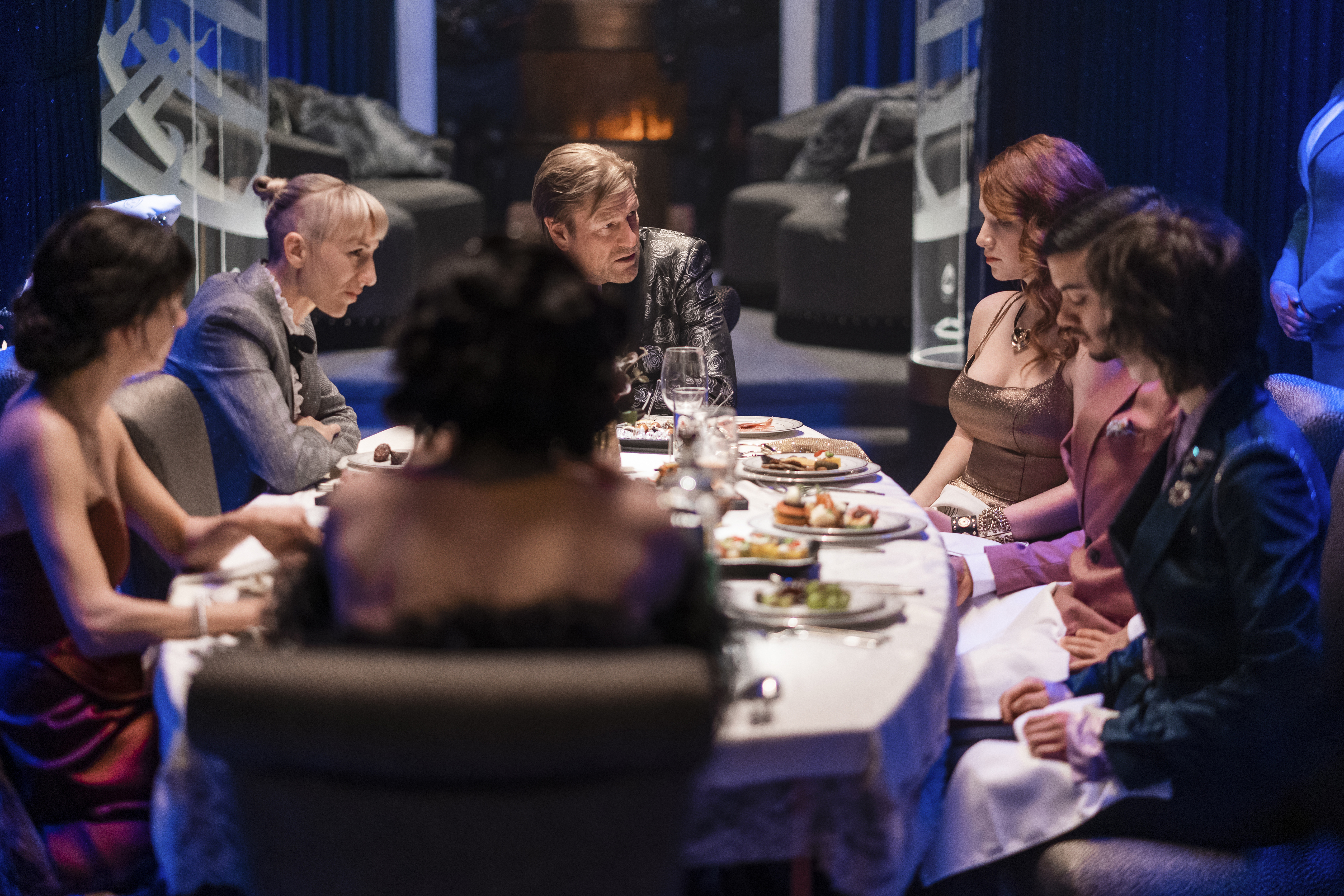 CLEMENTS: Sort of early on in the breaking of Season 2, we knew we wanted to express the possibility of Earth regenerating itself. Frankly, for people’s hearts and souls at this moment in time, we wanted to deliver a little bit of good news.

Even when Graeme came on years ago, we often talked about the need for hope [within] post-climate change, apocalyptic storytelling, so that was always in the back of our minds. Circling the globe on a train, those stories can start to look familiar, so we just liked the possibility of opening the series up—and having the very, very personal story between Alex and Melanie at the heart of it.

DEADLINE: Did you and your fellow EPs consider any alternative endings to the season? Were there any narrative threads or elements that didn’t make the final cut?

CLEMENTS: I would say the way we were ending, we locked into pretty quickly. How we got there, and the other narrative strands that we were going to accentuate may have shifted—you know, the science of it all, the character relationships. But the actual ending of finding the information that the Earth is in fact warming, that stayed in place—and the idea of a time jump of, ‘Wait, the train’s on fire. We missed Melanie.’ Those three pieces were locked into pretty early in the breaking.

DEADLINE: How has the coronavirus pandemic impacted the storytelling and creative approach to Snowpiercer? I know you’d completed most of Season 2 before the first wave of production shutdowns, but you’re now back on set for Season 3.

CLEMENTS: For this show specifically, I won’t get into the technical and the medical, but obviously [we were] fortifying air scrubbers and PPE, and testing and all that, as everyone’s doing to the best of their ability, and extensively.

The creative changes are, we definitely have reduced the number of day players and background players in the crowd scenes. We’ve made a significant adjustment there. We’ve probably given a lot of consideration to, “Do we need six of our actors in this scene? Is it just as effective with three?” So, a lot of the sort of basic spatial relationship things, following CDC guidelines as best we can—and just minimizing the amount of time that those masks are off, and our actors are performing.

We’re three weeks in and it’s going relatively well, and it’s really about just creating an environment of trust, and kind of accepting the fact that there will be a Covid positive in our journey. The goal is just to make sure we keep everyone safe, and take care of people who are positive, and prevent any sort of spread or contamination.

So, we’ve had some change, but we haven’t had to drop any storylines. It’s mostly about the number of performers in the space.

DEADLINE: What are you most proud of, looking back on Season 2? 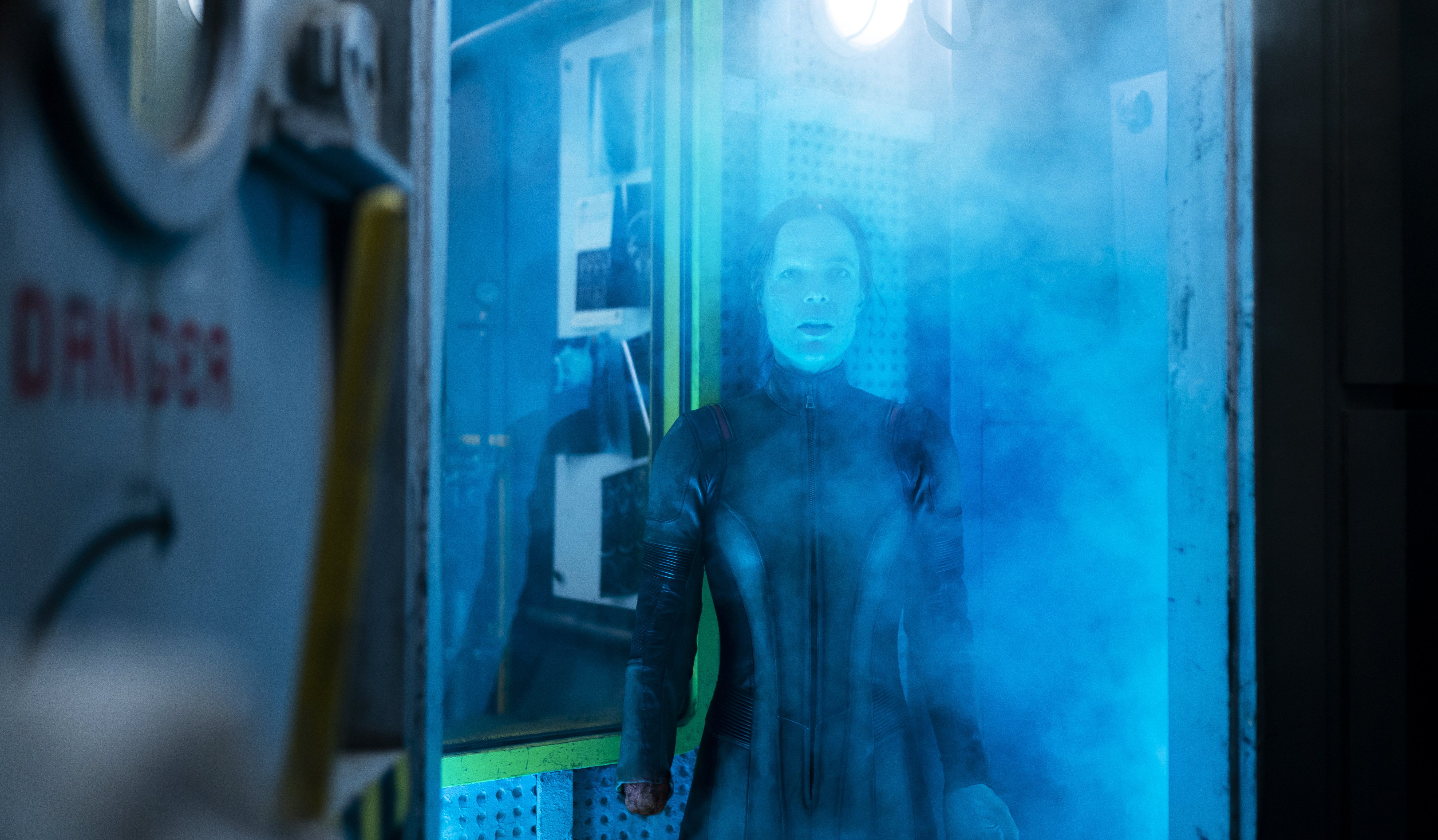 CLEMENTS: I’m most proud of the character development, and how we were able to put the relationships at the forefront, which often happens in Season 2. You know, you sort of establish your world and the rules, but I really liked the intimacy of the storytelling in Season 2, seeing our characters be affected by loss and heartbreak, and seeing their connection to each other. And I’m always very impressed with our VFX group, who really adds that action, adventure and scope.

DEADLINE: What can we expect when Snowpiercer returns for its third season?

CLEMENTS: Everyone is trying to find their place in their new world. There’ll be a bit of a time jump in Season 3—not significant, but enough to really show the audience, in an efficient and interesting way, what the new world order looks like. And it’s in the spirit of what I was just talking about: the character relationships and dynamics. It’s a lot of fun in Season 3, how we have new alliances and new foes. It’s been fun to watch the scene work, putting new people together.

DEADLINE: Are there specific characters you’d like to flesh out further going forward?

CLEMENTS: Yes. I mean, honestly, I want TNT to give us twice the amount of running time. [Laughs] Because I want to spend time with all of them significantly more. The blessing of our show is, it’s interesting to get to know a lot of people. The curse is, I want to get to know them better, and I just need more running time to make that happen. So, I always want to spend more time with [actors] Sam [Otto] and Annalise [Basso], Mickey, Lena. I mean, it’s literally a running time problem. You know, the people who’ve been the supporting characters are really getting a lot more complications in their lives, so it’s just not enough, to be honest.

CLEMENTS: Yes. We have a big, new character in Season 3, and a couple of smaller characters, which will bring new information into our world.

DEADLINE: While Melanie is now believed dead, the finale leaves hope that she might still be alive. What can you tell us about the fate of this character?

CLEMENTS: We are pleased that Melanie will join us for Season 3.

DEADLINE:The finale also suggests that Javi has been killed. Is that something you can confirm?

CLEMENTS: You’re going to be surprised. [Laughs] That’s all I’m going to say—and sometimes, it’s hard to keep track. I have to, every now and then, go, “Wait a minute. I know what we shot. What did we cut in? Where did we land?” Again, that’s the reality of having so many talented actors that we’re working with.

DEADLINE: Will we learn more about Josie’s powers as Wilford’s “Cold Woman” in Season 3? It seems like the show has only scratched the surface, with regard to her transformation.

CLEMENTS: Yes. That’s kind of our fun, interesting, sci-fi genre bit of human augmentation, how far can we and should we go in the world of CRISPR. You know, when we start messing with the maker, what happens? So, yes. There’s some interesting stuff coming there, too.

DEADLINE: Is there a specific game plan, in terms of how long Snowpiercer will run?

CLEMENTS: The truth is, we always have multiple seasons of ideas. We are in sort of the busiest moment of Season 3 right now, with scripts being written and production starting, but we definitely have a Season 4 in mind, and we could go on and on. It just comes down to the networks.