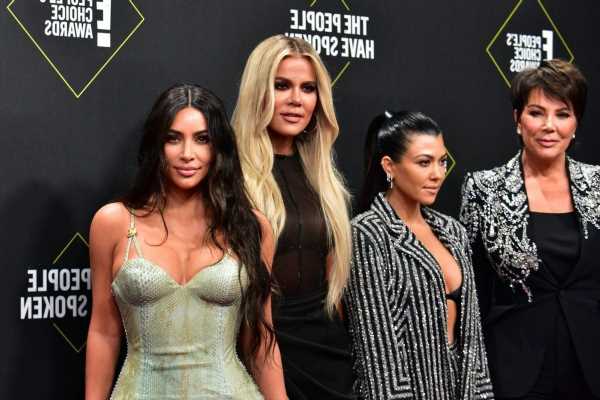 If there’s one thing the sisters from Keeping up With The Kardashians are known for more than their physical appearance, it’s their sisterhood and family dynamic. It’s not always pretty, but they seem to always be there for each other when it’s needed most.

The most notable element of their show, however, is the sister drama between Kim Kardashian, Khloe Kardashian, and Kourtney Kardashian. Some fans complain it’s petty and unrealistic, but many more are jumping in to say it’s actually comparable to their own sister feuds.

Khloe and Kourtney used to be two peas in a pod

If you’ve been keeping up with the Kardashians lately, then you likely already know the strain between Kourtney and Khloe. If you jumped in on the action late or don’t remember from the past — the two sisters were the closest of the group early on. In fact, you saw them together more than almost any other pair back then.

The two sisters went from pranks, laughs, and traveling together to opposite ends of every fight between Kourtney and Kim. This separation has been most noticeable since Khloe had True and Kourtney dated Younes — they just aren’t clicking anymore… But why?

Fans have speculated that the two sisters aren’t as close as they used to be because of the sexual energy and tension between Khloe and Scott. At the very least, many think Khloe has a crutch on Scott. There’s no real support behind this, but there’s no doubting Scott and Khloe have been particularly close in the past couple of years.

Khloe has been closer to Kim more recently

Since True’s birth, it has been obvious to everyone that Khloe and Kim are connecting more than Kourtney and Khloe now. To the point where every fight between the sisters ends up with Khloe and Kim siding on one end and Kourtney always on the other.

We’ve seen Kim and Khloe team up to tell Kourtney to be more involved with the family, tell her to bring more of her personal life to the show, and even saw Khloe choose Kim as the one to take her child if something happened — and that’s just the tip of the iceberg.

Some fans are convinced Kourtney’s just jealous of Kim and Khloe, but there’s no real basis. We may never actually know, but fans are now saying despite the reasoning — their feuds are much more relatable than you may think.

Despite the controversy, some fans find the ‘sister drama’ relatable

In a Reddit post discussing how unrelatable the Kardashians are (i.e., lavish vacations, mansions, several cars, etc.), fans also took to one element on the show that is completely relatable — sister feuds!

“I have three sisters and we all grew up very close. I totally relate to the concept that you fight the hardest with your sisters but also love the most,” one fan admitted. “Like Kourtney, I used to be really close with one sister for a season and then another one for a different season. Now they are super close and gang up on me, and I am admittedly jealous. The sister drama is just totally relatable.”

This just goes to show just because some of Kardashian sister feuds seem over the top, exaggerated, and even unfounded in many cases — it doesn’t mean it isn’t totally normal between sisters. Chances are a lot of fans with sisters know all about these sassy and heated catfights, going through many of themselves while seeing it happen between their sisters on occasion too. Which ones of the Kardashian fights can you relate to the most?