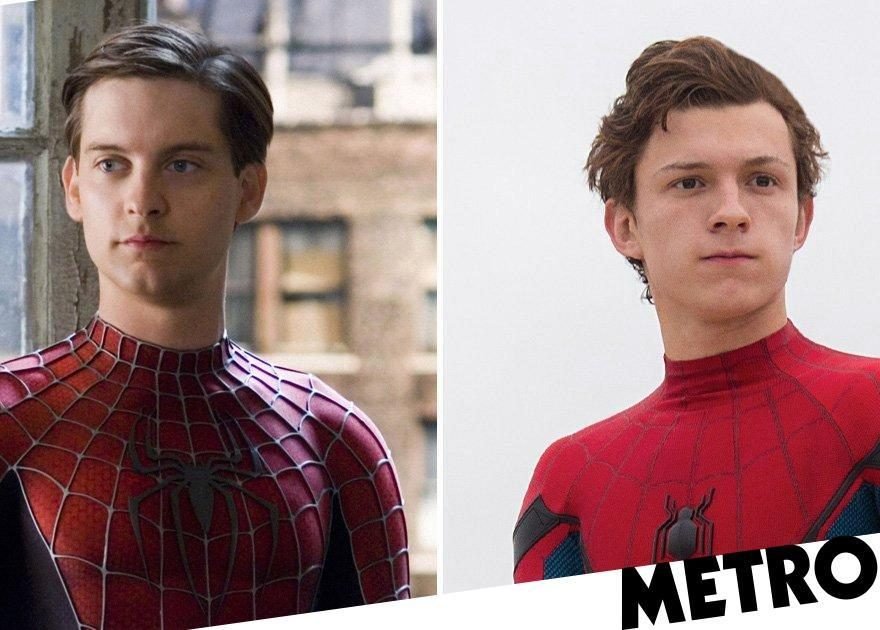 It’s like the real version of the Spider-Man pointing meme, and we’re a little disturbed by it.

After the Sony and Marvel drama kicked off, Spidey fans have been debating their favourite actor – however, this isn’t quite how we expected it to manifest.

YouTuber Aldo Jones created the video, planting Tobey’s face onto Tom’s body throughout the Spider-Man: Far From Home trailer, and it’s all entirely too realistic.

Fans had mixed reactions to the video, with one demanding: ‘Now do SPIDER-MAN: FAR FROM HOME but EVERYONE IS TOBEY MAGUIRE.’

The Spidey fandom has pretty much devolved into chaos since it was reported that Sony and Disney are struggling to agree on terms for future movies.

Deadline stated that Disney asked that any future films starring the superhero be a ‘50/50 co-financing arrangement’, something Sony refused to consider.

Instead, they reportedly suggested to keep their current deal, offering the studio five per cent of the first dollar grossing, with the studio declining.

Marvel president Kevin Feige was creative lead in the previous two Spider-Man films of the latest era, with 23-year-old Tom climbing into the superhero suit.

But unless a negotiation is reached, he will not have the same role in the two movies reportedly in the works.

Breaking his silence on the issue, after teasing fans with selfies alongside Iron Man star Robert Downey Jr, Tom vowed to make Spidey ‘even cooler’.

Promoting his new Pixar movie, Outward, at the event, he told the crowd: ‘Listen, it’s been a crazy week, but I want you to know, I am grateful from the bottom of my heart.

Speaking to People and Entertainment Weekly after, he added: ‘Basically, we’ve made five great movies. It’s been five amazing years. I’ve had the time of my life.

‘Who knows what the future holds? But all I know is that I’m going to continue playing Spider-Man and having the time of my life. It’s going to be so fun, however we choose to do it.

‘The future for Spider-Man will be different, but it will be equally as awesome and amazing, and we’ll find new ways to make it even cooler.’

We couldn’t be more ready.