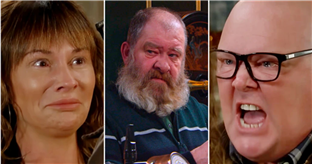 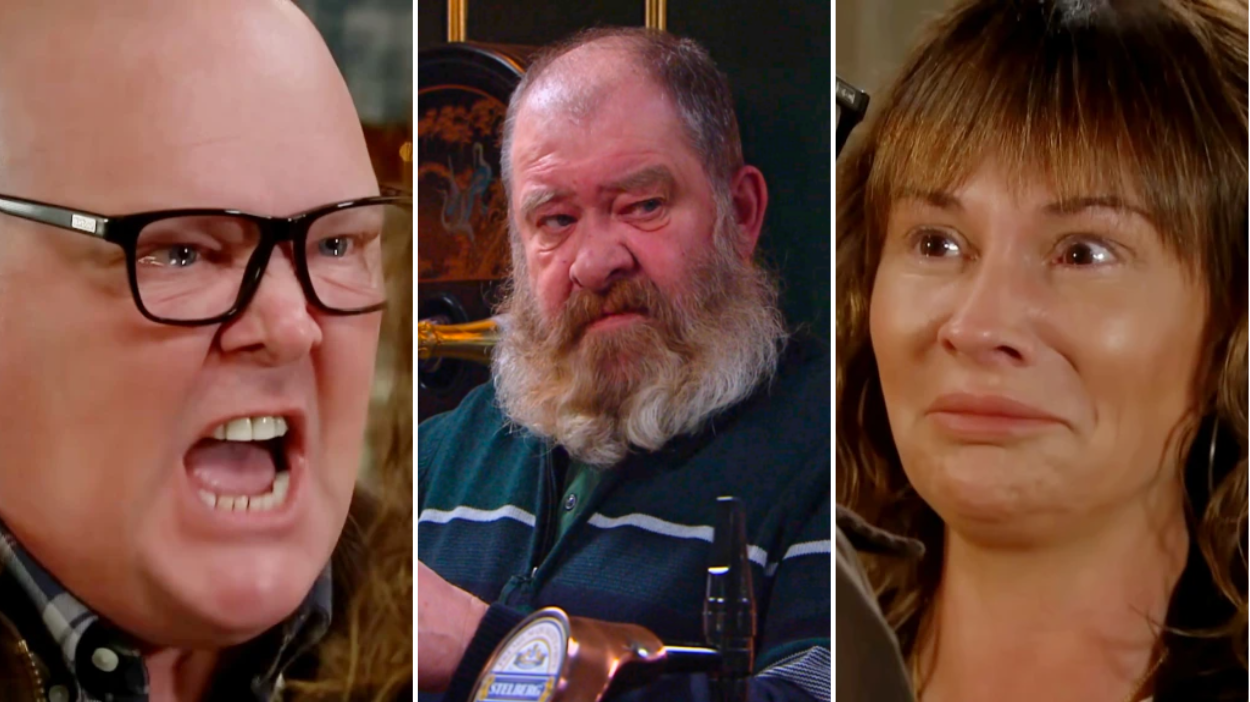 After Paddy (Dominic Brunt)’s announcement in Emmerdale that he wanted Chas (Lucy Pargeter) to move out of the Woolpack so he could continue to live there with Eve (Bella James), Chas was digging her heels in at the start of tonight’s episode.

‘There’s no way he’s having Eve full time and I’m not moving out. I’ve been here for years,’ she fumed at Charity (Emma Atkins). Belle (Eden Taylor-Draper) was on hand to remind Chas that she’d wrecked everything with her own actions. ‘I don’t deserve to lose my home,’ Chas insisted.

Meanwhile Paddy was talking to Bear (Joshua Richards) and wondering if he’d gone too far in his demands of Chas. Bear told him he had to stand up for himself and said he would talk to Chas.

‘Talking,’ for Bear, meant going up to Chas’s room and starting to pack a bag, which was a not entirely subtle way of making sure she got the message. ‘I can’t stand by any longer and watch you destroy his life,’ Bear fumed.

At that point Paddy walked in and told his dad that it was between him and Chas. If Chas was hoping for an easier time from Paddy she was wrong. Opening up a discussion about Eve, Chas said she should stay at the Woolpack because she’s Eve’s mother.

‘You’ve obviously think you’re more important,’ Paddy said. ‘Even though you’re the one that ruined everything.’ He said he was missing all of Eve’s little routines like bath time and he feels really lost without her.

Chas agreed that she would leave for a few days to give him some time with his daughter. ‘Two weeks,’ Paddy insisted. Chas agreed she would finish packing and see if there was any room at the B and B.

Later Chas told Charity what had happened and her cousin invited her to stay with her. ‘You’ve got this, babe,’ Charity reassured her – but Chas was still left looking forlornly around her home, thinking about the mess she’d made of everything.