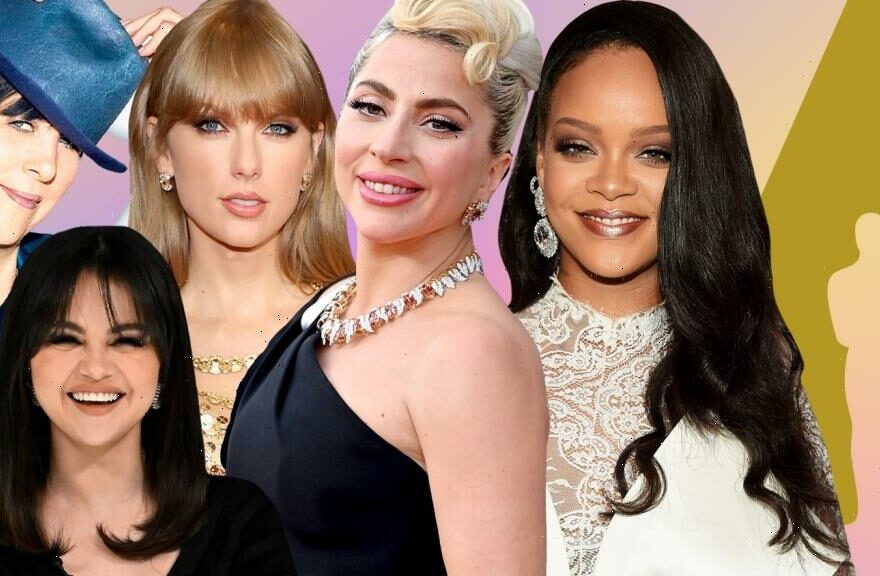 The Film Academy has unveiled its 15-track shortlist for the Best Original Song Oscar in 2023, which marks a confluence between new and established hands.

Buzzy first-time entrants to the overall Oscars field included chart-toppers Rihanna, Selena Gomez and Taylor Swift, who have been recognized for their respective contributions to the songs “Lift Me Up,” “My Mind & Me” and “Carolina” from the films Black Panther: Wakanda Forever, Selena Gomez: My Mind & Me and Where the Crawdads Sing. (While Swift also looked to contend for Best Live-Action short with “All Too Well,” that title didn’t make the cut.)

Returning to the list with the song “Applause” from Tell It Like a Woman — a Samuel Goldwyn Films anthology marking one of her smaller entrants to date — is Diane Warren, the 13-time Oscar nominee recognized in November with the Film Academy’s Governors Award. Also back, as expected, is Lady Gaga — the 2019 A Star Is Born Oscar winner who is this time recognized for the Top Gun: Maverick tune “Hold My Hand.” A third superstar back in competition is The Weeknd, a 2016 Original Song nom for Fifty Shades of Grey‘s “Earned It,” who co-wrote and performed Avatar: The Way of Water‘s “Nothing Is Lost (You Give Me Strength).”

Then, there’s Talking Heads frontman David Byrne — an Oscar winner for his score to 1987’s The Last Emperor, who has today been recognized for his work with Son Lux and Mitski on Everything Everywhere All at Once‘s “This Is A Life.”

Other artists returning to the shortlist this go-round include two-time Oscar winner Alexandre Desplat with the song “Ciao Papa” from Guillermo del Toro’s Pinocchio; La La Land‘s Benj Pasek and Justin Paul with the Spirited song “Good Afternoon”; Rita Wilson (with A Man Called Otto‘s “Til You’re Home”) who had previously qualified twice; three-time Oscar nominee J. Ralph with “Dust & Ash” from Mandana Biscotti’s documentary The Voice of Dust and Ash about musician Mohammad-Reza Shajarian’s courageous denunciations of the Iranian government; and Daniel Pemberton with the Amsterdam song “Time” performed by Giveon. The latter two were perhaps the least expected selections of the songs named thus far, given limited awareness surrounding the former title and the poor reception of the latter by David O. Russell, both with critics and at the box office.

Additional entrants to this year’s race include the acclaimed Brooklyn rock band LCD Soundsystem with its White Noise song “New Body Rhumba”; Chandrabose with the song “Naatu Naatu” from S.S. Rajamouli’s smash action-drama RRR, which was also recently nominated for Golden Globes for Best Non-English Language Film and Original Song; and Jazmine Sullivan with the song “Stand Up” from Chinonye Chukwu’s civil rights drama Till.

81 songs were declared eligible for Oscar competition earlier this month. Notable snubs included Trent Reznor and Atticus Ross, who penned “(You Made It Feel Like) Home” for Luca Guadagnino’s Bones and All, and Billie Eilish and Finneas, who wrote “Nobody Like U” and other tunes for Disney/Pixar’s Turning Red.

Just five tracks will be named as nominees when all are unveiled on January 24. This year’s 95th edition of the Academy Awards will take place at the Dolby Theater on March 12. View the 2023 Oscar shortlist for Original Song below.

“Nothing Is Lost (You Give Me Strength)” from “Avatar: The Way of Water”

“Lift Me Up” from “Black Panther: Wakanda Forever”

“This Is A Life” from “Everything Everywhere All at Once”

“Til You’re Home” from “A Man Called Otto”

“Carolina” from “Where the Crawdads Sing”

Investigation: How The BBC Is Making Money Producing Ads For China

2022: The Year Broadcast Networks Started To Wave The White Flag