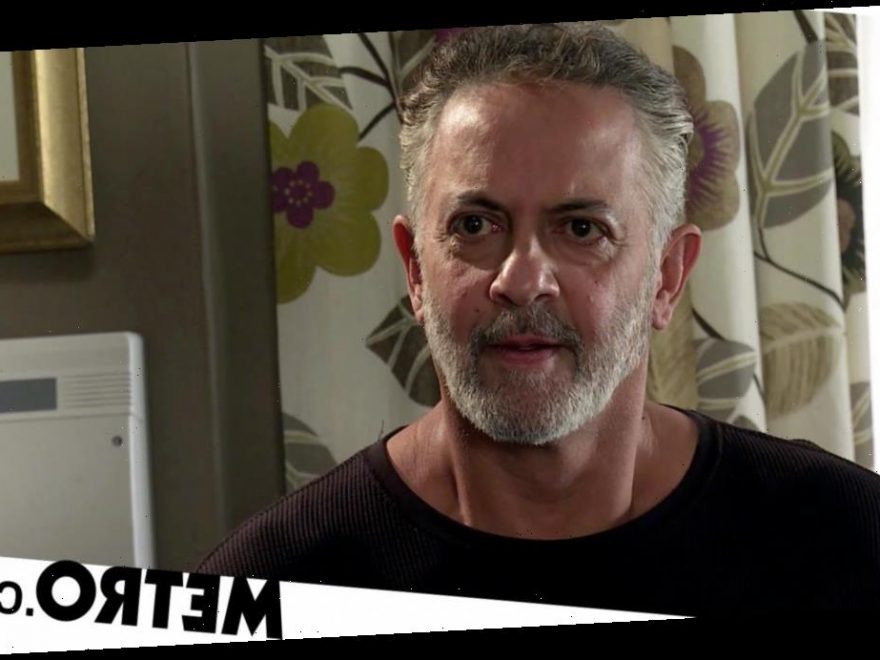 Dev Alahan (Jimmi Harkishin) has had is fair share of heartache in Coronation Street, and he’s currently facing an incredibly serious situation as a result of his financial struggles.

He’s spending a lot of money in an effort to get the clip removed from the internet, and, in order to allow his daughter to have a fresh start, he’s moved both Asha and Aadi (Adam Hussain) to Oakhill.

As has been hinted at on-screen, Oakhill is costing him a fortune, and therefore he’s resorted to putting his businesses on the market, a his children’s future remains his top priority.

Speaking to Metro.co.uk about Dev’s situation, actor Jimmi Harkishin — who portrays Dev — said: ‘Dev has got serious financial worries especially with his kids, especially Asha, it’s killing him. Especially the photos going on the web, which Corey was involved with.

‘He’s sent both his kids to private school and with everything going on his business isn’t doing too well and he’s struggling.

‘He had seven shops and then they were all blown up! Mad Maya. Then he had the gym but that didn’t work out, and these kids aren’t cheap.

‘He’s not earning as much as people think and he’s worried. He spent a fortune getting Asha’s pictures off of the web and this new school is costing an arm and leg. And because what’s social media is like, everyone knows everything as well. That storyline was so well written and researched.

‘He’s clutching at straws. He has no idea. He thinks if he sells the kebab shop it’s one less worry and he’ll have a buffer, and he can carry on raising his children. He’s doing everything to protect his children. He’s not spending on bags of stuff for himself. ‘

In Monday’s episode (September 7), Dev was left in shock when he caught Asha kissing Corey (Maximus Evans) — the boy who recorded her video without her permission — and it was safe to say he wasn’t happy!

Jimmi said: ‘After everything that’s happened, all the trouble this boy has caused, and the aftermath, having to move out of her old school, the money it cost to get rid of the images online, he’s quite devastated and he doesn’t understand it why she would do this.’

‘It was so well played and Tanisha is such a star, she’s an amazing little actress, and Adam, I have to up my game when I’m playing with those two. They keep me on my toes. All the other kids, and Corey played a good part. Technology has gone so much faster.

‘The problems with social media it’s all highlighting that, it can be used for so much good but can also turn into this monster which is what happened with the Asha storyline.’