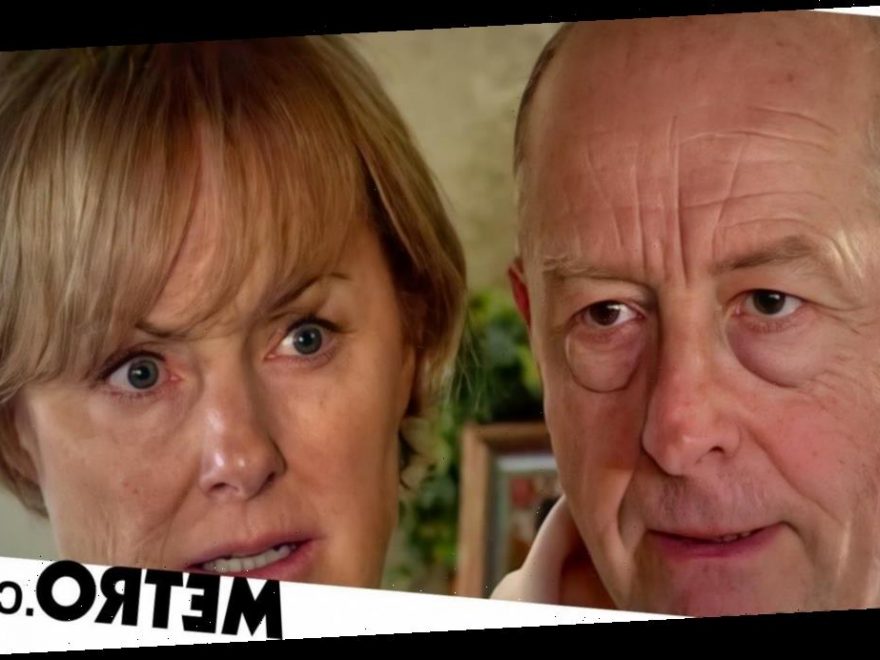 After all, Sally needs to christen her new chiminea!

Sally seemingly takes Debbie’s advice, and thus Faye and Tim join the ladies in the garden ahead of Faye’s boyfriend’s arrival.

However, things soon take a sinister turn when Geoff causes disruption, as he carries his boogie box into the garden at No.6 and does whatever he can to spoil their party.

Tim is fuming, and therefore — with some encouragement from Debbie — picks up the ice bucket and drenches the evil abuser!

Meanwhile, manipulative Debbie — who was revealed to be Ray Crosby’s (Mark Frost) secret accomplice — informs Geoff about how Sally has been slagging him off.

Seething by such a revelation, Geoff returns to the garden, but — this time — he’s wielding a spade!