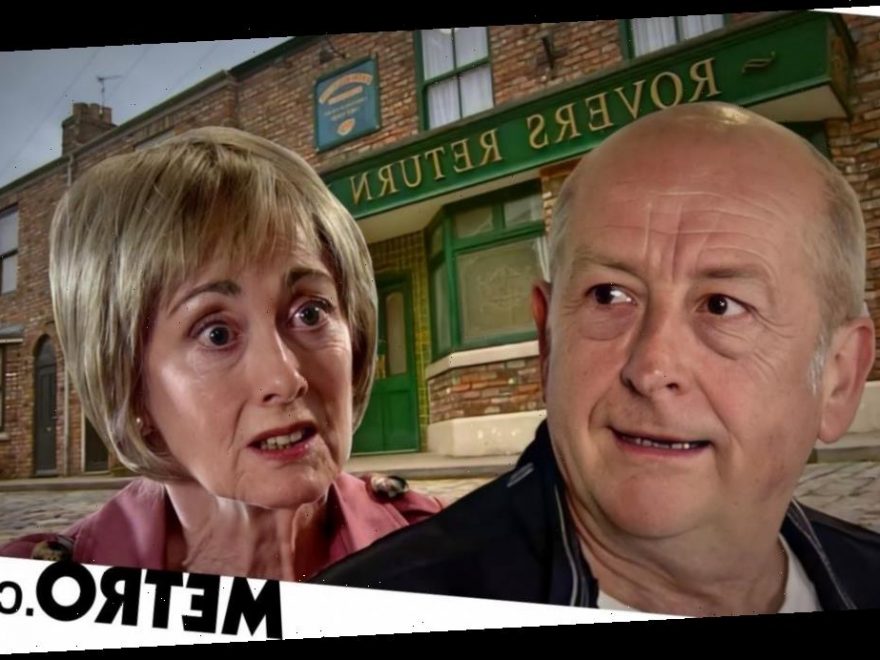 Coronation Street viewers have been left confused about why Geoff Metcalfe (Ian Bartholomew) withdrew £5,000 in cash, but could he perhaps be using it to pay off Elaine Jones (Paula Wilcox)?

Elaine turned up on the cobbles earlier this year in an effort to help get Yasmeen Nazir (Shelley King) the justice she deserves.

It turned out that Elaine was Geoff’s first wife, Philippa, which came as a huge shock considering the abuser had told everyone that she was dead.

In reality, Elaine was abused by Geoff for many years, before escaping his clutches and changing her name.

She was determined to ensure that Yasmeen didn’t go prison, and therefore promised Alya (Sair Khan) that she’d do whatever she could to help.

However, when Geoff got wind of what she was up to, he cornered her and, essentially, made her disappear.

For months now, viewers have wondered where Elaine vanished to — with many believing that Geoff killed her.

After Tim (Joe Duttine) discovered that Elaine has been telling the truth about Geoff, he set off to find her, but he was ultimately unsuccessful.

However, a development in the last couple of episodes saw Geoff withdraw £5,000, but the cash later went missing when Daniel Osbourne (Rob Mallard) stole it.

Regardless, the fact that Geoff felt the need to withdraw such funds has raised questions not only for fans of the show, but also for several Weatherfield mainstays.

Alya, for one, is concerned, and has wracked her brains attempting to work out what the abuser needs that kind of cash for, while Yasmeen was equally perturbed by this new development.

The question is: what is Geoff doing with the money?

Could it perhaps be tied to Elaine’s disappearance?

Could he perhaps be paying her off in exchange for her silence? Or could he be using it to bully and manipulate her?