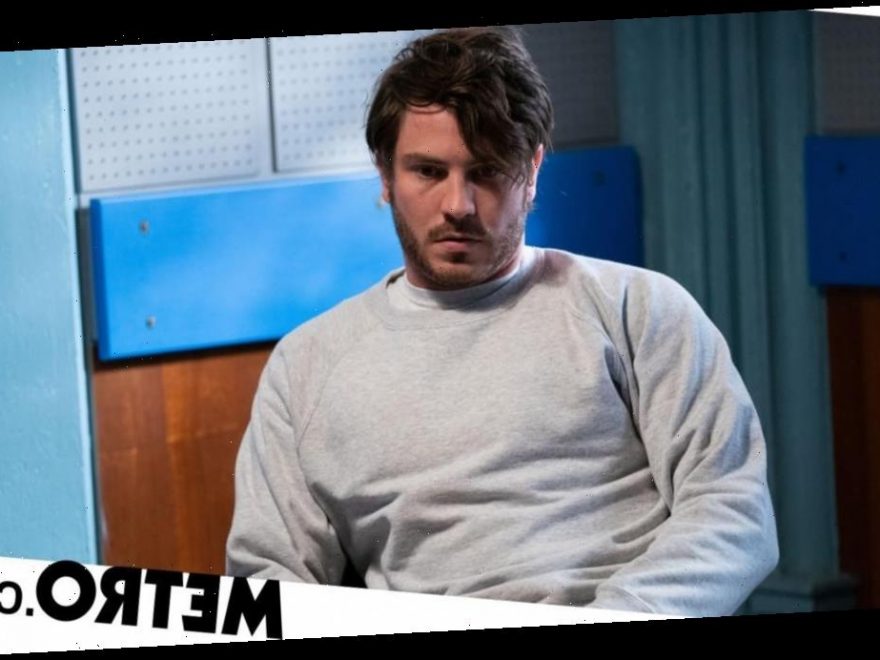 The police come calling for killer Gray Atkins (Toby Alexander-Smith) in upcoming scenes as new evidence comes to light following the violent death of Chantelle Atkins (Jessica Plummer) in EastEnders – will he be forced to face justice for the horrific act he has committed or will he be able to lie his way out of prison?

In the wake of Chantelle’s death, Gray portrays himself as the grieving husband to the police when they question him initially over what happened. As he paints the scenario as a tragic accident, the Taylors return from holiday to news that devastates them and blows them apart.

Kheerat Panesar (Jaz Deol) was the person that Chantelle felt safe enough to confide in that she was planning to escape from her marriage and now that she has suddenly died, he is certain that Gray had a hand in what happened.

Two thirds of women who were experiencing abuse from their partner/ex-partner in June told a Women’s Aid study that their abuser had started using lockdown restrictions or the Covid-19 virus and its consequences as part of the abuse.  (66.7% of those answering question – Women’s Aid Survivor Survey, June 2020).

At the height of lockdown over three quarters of women living with an abuser said they felt they could not leave or get away because of the pandemic. (78.6% of those answering question – Women’s Aid Survivor Survey, April 2020).

You can get support and information from Women’s Aid by visiting the website or contacting the free instant messaging service.

You can get support and information from Refuge – which holds a comprehensive and detailed guide to seeking help on the website.

When Mitch heads to meet up with Kheerat, he is astonished to see him in possession of Chantelle’s memory box and he wants to know why. Kheerat is on the cusp of confessing that he was in love with Chantelle when Suki (Balvinder Sopal) arrives and manages to silence her son, not wanting him to get any more involved.

However, one thing that Mitch does take away from this is the revelation that Chantelle had asked Kheerat for money and was planning on taking the kids and leaving Gray.

When he next speaks with Kheerat, they speculate that Gray might have found out the truth about her plans and killed her in the altercation which followed. Mitch is rocked as Kheerat asks if Gray is capable of murder and later, he confides in Karen (Lorraine Stanley) what Kheerat has said.

Later, Gray gets another visit from the police – new evidence has come to light. Have Kheerat, Mitch and Karen reported their suspicions to the police?

And is Gray going down for a long time?